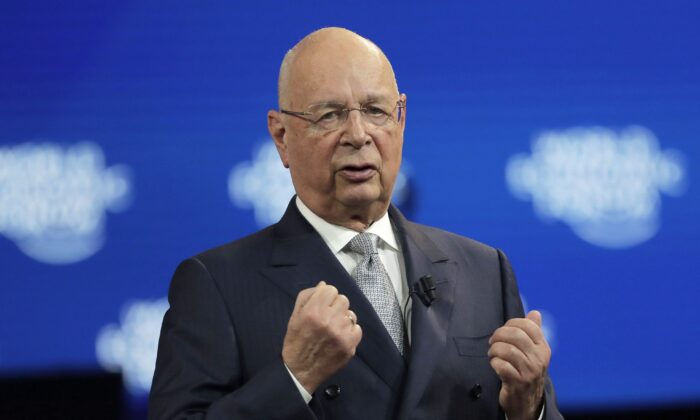 Klaus Schwab, founder and executive chairman of the World Economic Forum, delivers a welcome message on the eve of the annual meeting of the WEF in Davos, Switzerland, on Jan. 20, 2020. (AP Photo/Markus Schreiber) 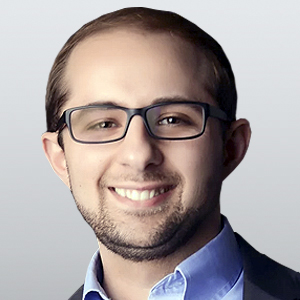 In recent months, hundreds of large corporations and financial institutions have rallied around liberal causes and even put policies into place directly targeting conservatives or their views.

For example, on April 14, hundreds of the largest corporations and financial institutions in the world, including Amazon, Google, Netflix, and Starbucks, signed a statement opposing “discriminatory legislation” that aims to make elections more secure—an apparent reference to commonsense reforms like the ones recently passed in Georgia, which include a requirement that voters provide a driver’s license or free state identification card to prove their identity prior to casting a ballot.

In February, Coca-Cola allegedly provided employees with radical diversity training that asked them to “try to be less white,” which, according to leaked slides from the presentation, involves being “less oppressive” and requires a “break with white solidarity.”

In February and March, the six largest banks in the United States announced that they would phase in a net-zero carbon dioxide financing requirement for all of their business operations, effectively making it impossible for fossil-fuel companies—as well as any other business that refuses to “go green”—to secure a loan or benefit from various other financial services at the country’s biggest banks. Many other, smaller banks have also signed on.

Why are so many large corporations and financial institutions embracing left-wing causes, alienating tens of millions of conservative Americans in the process? Although there are likely several important reasons, the biggest is cronyism—but not necessarily the old-fashioned kind of backroom dealing between corporate leaders and politicians that we’re all used to.

In recent years, dramatic shifts in monetary policy, coupled with greater coordination between bankers, investors, government officials, and corporations, have ushered in an entirely new era of cronyism and the centralization of economic and social decision-making, one that poses significant dangers to individual liberty.

At the foundation of the change is the recent rapid increase in money-printing that has been pursued by central banks in the United States and Europe, which have increased the money supply by trillions of dollars in just a few years.

Once government officials realized they are now able to spend nearly any amount of money they want without having to raise taxes, and banks learned that they can get a steady stream of newly printed cash from central banks on-demand, these two powerful groups came to the conclusion that they can effectively manage most economic activity without having to pass a slew of new laws, taxes, and restrictions.

Rather than resist these changes, large corporations and investors know they can benefit immensely from the arrangement. All they have to do is play ball by agreeing to adhere to the whims of central banks, governments in North America and Europe, and their political allies—most of which are left-wing activist groups and labor unions.

I know this might sound like a wild right-wing conspiracy theory, but the evidence is quite overwhelming. In June 2020, the World Economic Forum, working with CEOs and presidents from large corporations, powerful bankers, international institutions, labor union leaders, and activists, launched the “Great Reset,” a plan to overhaul the entire global economy.

“Every country, from the United States to China, must participate, and every industry, from oil and gas to tech, must be transformed,” wrote Klaus Schwab, the founder and executive chairman of the World Economic Forum, in an article about the initiative. “In short, we need a ‘Great Reset’ of capitalism.”

How, exactly, will this transformation occur? Exactly as we are seeing it play out now. Corporations and banks will impose left-wing social justice policies on society, and they will be rewarded by governments, central banks, and investors, who, in turn, will also earn large profits from new streams of government-printed cash.

We know that this is occurring not only because corporations and banks have already started to align with left-wing goals, even though they know it will frustrate large proportions of their customer base, but also because corporations have widely adopted environmental, social, and governance (ESG) standards that systematize social justice goals within their businesses.

According to a report (pdf) by KPMG, thousands of companies worldwide already have ESG or sustainability reporting systems in place, including 98 percent of large companies in the United States.

Further, groups such as Principles for Responsible Investment (PRI) have managed to get more than 3,000 investors and investor groups to agree to support businesses that embrace ESG systems. PRI’s signatories control more than $100 trillion in wealth, so you can bet that when they talk, big corporations are listening.

In the past, corporations used to stay out of most political and ideological debates, because alienating huge segments of society generally isn’t a good recipe for success in a market economy. But now that trillions of dollars are flowing into financial institutions and banks, it makes a lot more financial sense for corporations to move to the left than it does to stay neutral.

Tens of millions of conservative customers collectively control a substantial amount of money, to be sure, but it’s a drop in the bucket compared to the folks who have signed up for the PRI and who spend their winters skiing with George Soros in Davos.

Corporations are moving to the left for a reason, and it’s not because they have suddenly had a come-to-Bernie conversion. The Great Reset, like so many other movements in history, is all about money and power—and these days, there’s plenty of both available for ruling-class elites to get their fill.

Justin Haskins is the co-director of the Stopping Socialism Project at The Heartland Institute, where he also serves as a research fellow and editorial director.