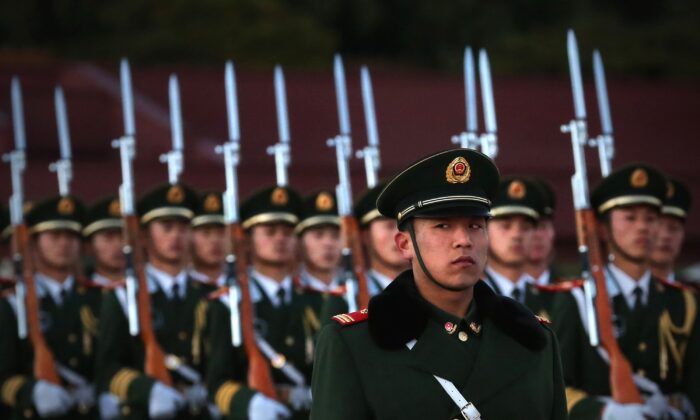 Beneath the stupefyingly tedious second Trump impeachment trial is a secret wish that the late Sigmund Freud might have called China Envy.

(Full Disclosure: I didn’t watch a minute of the trial beyond the first hour. The Australian Tennis Open is in progress and, although Novak Djokovic is the favorite, the ending is still vastly more in doubt than the noxious political theater in the Senate. I will wait for the third impeachment trial in 2026, after Trump has won back the presidency and the Democrats again take back the House. … Don’t laugh!)

But what do I mean by China Envy?

Just what it says. Many Democrats are consciously or unconsciously envious of the system in communist China.

This is particularly so since it isn’t really communist. The nostrums of Karl Marx, fallacious as they are, are little more than a propaganda fig leaf in the People’s Republic. Nobody’s sharing the wealth in China.

There’s nothing resembling Marx’s “dictatorship of the proletariat” in China but rather a “dictatorship of the party elite,” many of whom are very wealthy and pay little heed to their impoverished masses other than keeping them under surveillance and making sure they don’t revolt. (I have a feeling old Karl might have an iffy “social credit” score.)

You could call it inverse-Marxism or, more accurately, oligarchic fascism aka a totalitarian one-party system.

These days that’s exactly what our friends in the Democratic Party appear to want. Many of them have outright declared they seek the complete destruction of the Republican Party with all its outlandish ideas such as lower taxes, fewer regulations, and school choice.

And with Big Tech, the FBI, the intelligence agencies, not to mention most of the media and virtually all of education K thru Ph.D. at their behests, they have the built-in surveillance and thought control mechanisms to do it, to cancel and reprogram us practically at will.

Success in this allows them to be just like China, a place where the elite reign and enrich themselves, and those in the proletariat—that former Democratic Party favorite, the working class—are left to fend for themselves as long as they don’t do something environmentally detrimental, such as working on a pipeline for a decent wage.

The key to our elites’ (hate the word, but using it for convenience) riches and power is access to the giant Chinese market, no matter how the CCP behaves.

This began with Kissinger and Nixon. The theory then, or the rationalization, was that if we opened to China, they would become like us.

Consequently, in the decades since, the U.S. government more or less looked away, doing little more than raising its eyebrows in U.N. conference rooms, as the CCP oppressed its minorities (if you can call millions of people minorities) in the Tibetan, Uyghur, Falun Gong, and Christian communities and simultaneously jailed, tortured, and/or made life impossible for dissidents who evinced the slightest interest in democracy.

Even the horrors of Tiananmen were no more than a bump in the road. Just 12 years later, China was welcomed into the World Trade Organization.

No wonder he has to be impeached—twice. And a third time, if that becomes necessary. It’s not such a joke.

And you can be sure the same treatment will be given to Gov. Ron DeSantis of Florida, who appears to be a more sophisticated version of Trump who may know how to walk the walk more subtlety and successfully than the now-former president.

In fact, DeSantis already is being targeted, as our new administration is threatening to ban travel to Florida when his state—without lockdowns—fared far better against COVID than those with lockdowns, such as New York and New Jersey. Again, how very CCP.

What probably goes on somewhere in the head of the average liberal who once—it seems like decades ago—so ardently embraced civil liberties and the Bill of Rights is that the way of communist China is the inevitable way of the future. As the digital empire grows and robots take over the workforce, competing parties in a democratic republic will seem so old fashioned and just stand in the way of progress (read: getting rich).

Human freedom and liberty are passé 18th-century ideas, the kind of thing that gets you banned on Twitter. Who needs it when the microchip in your sunglasses is telling you the right thing to do, what’s required of a “good citizen.”

When that infantile group of dumbbells invaded the Capitol on Jan. 6—calling that an “insurrection” was ludicrous; if you really wanted to overthrow the U.S. government, you would do something that could have an effect, such as bringing down the power grid—it was seized upon as an opportunity not only to smash Trump but to open the floodgates to a one-party system.

So what has happened to Nixon and Kissinger’s theory that the Chinese would become like us?