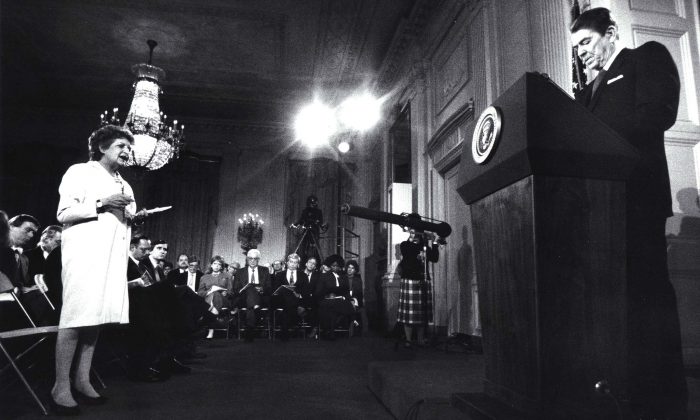 The Degrees of Fake News

Indeed, the problems of accuracy and veracity aren’t confined to newspapers but infect every media today. Remember the old saying that the victors get to write history? How true. History books rarely present balanced, impartial accounts of the past, but inevitably are tinted by the beliefs, prejudices, perspectives, and agendas of whoever tells the story.

Even if writers aren’t in thrall to a particular ideological orientation, there’s the “Rashomon effect,” named after a famous Japanese movie. “Rashomon” showed how different characters witness the same event and come away with vastly different perceptions and accounts of what happened. The moral: Human testimony is highly subjective and often unreliable.

My own dealings with journalists have convinced me that most reports contain inaccuracies and distortions. The crucial factor is discerning when those distortions are innocuous and unintentional, and when they’re deliberate and malicious. Following are three personal experiences:

A national reporter came to my home to interview me about a nationally prominent individual who went to school with me. When I heard his finished report on the radio, it contained three factual errors that contradicted what I had told him. In this case, the motive wasn’t malicious; the reporter simply wanted to embellish his story. There were no misrepresentations of the public figure. Still, I felt uncomfortable, because anyone who went to school with me and the other fellow might have thought that I was the one doing the embellishing when I wasn’t.

A second incident happened during the financial crisis of 2008. A regional television reporter drove to my home to interview me. In that election year, I went to great lengths to explain that both parties shared the blame. Imagine my shock, then, when I watched the reporter’s story on TV. Rather than playing back our recorded interview, his “summation” of my thoughts twisted my meaning so radically that I came across like a partisan loyalist. It definitely was fake news. After I cooled down, though, I concluded that the intent wasn’t malicious. It was simply the unfortunate and unavoidable product of my message being filtered through that reporter’s perception of the world.

A third personal experience demonstrated the dangerous type of fake news. In the mid-1980s, while visiting Washington, D.C., I stopped by the editorial offices of a publication for which I had done some writing. They asked if I’d like to use their press credentials to attend a press conference with leaders of the Nicaraguan Contras later that afternoon. Since I had been following developments in Central America closely, I jumped at the opportunity.

What an eye-opener that press conference was! Sitting among the Washington press corps before the Contras arrived, I felt like I was witnessing a gang of thugs plot an ambush. There was no pretense of impartiality. Many of the reporters there were openly enamored of Nicaragua’s Marxist ruler Daniel Ortega—he of the cool mustache and designer eyeglasses—whose major “achievement” had been to redistribute wealth from friends of Somoza to friends of Ortega, even as Nicaragua’s economy languished.

Ortega’s media allies didn’t even bother paying attention to what the Contra leaders said during the press conference. The reporters were too busy chomping at the bit, waiting to trash the Contras and to bash President Ronald Reagan for supporting the Contras’ anti-communist insurgency. The reporters had an agenda. Objectivity and truth-telling were no part of it. They were rude and blatantly scornful toward the Contras. They couldn’t wait to file their stories painting Nicaragua’s anti-communist resistance in the most unflattering light. It was sickening. It wasn’t just unprofessional; it was journalistic malpractice.

Those reporters in the D.C. press pool were propagandists, the kings and queens of fake news. And so are many of their successors today. They’ve abandoned any pretense of balanced reporting. They consider themselves the vanguard of righteous political causes. They no longer respect their audience enough to report the two (or more) sides of important issues, but instead arrogantly try to tell people what to think. Sad to say, there’s a lot of fake news out there.

In the Gospel of John (8:32), Jesus says, “Ye shall know the truth, and the truth shall make you free.” Today, there are journalists with illiberal agendas who don’t want us to be free, and so they do their best to obscure the truth. As the Romans would say, Caveat lector (Let the reader beware).