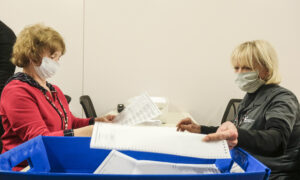 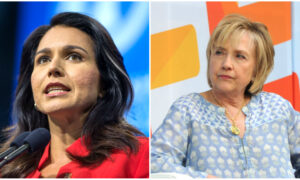 On March 9, the Dalai Lama talked to ABC’s Dan Harris about Donald Trump’s campaign. The Buddhist leader was initially hesitant to comment, but critiqued Trump on personally attacking his opponents.

“I’m just curious if you have any views on the presidential candidate in this country who is making the most noise, Donald Trump?” Harris asked.

“That’s your business,” answered the Dalai Lama before reminding Harris that he cannot vote in the election as he is only visiting the United States for a short time.

However, the Dalai Lama did say he felt that the Republican candidate used personal criticism which he found cheap.

Harris interviewed the Dalai Lama for his podcast “10 Percent Happier” where, in addition to Trump, they discussed the practice of analytic meditation and the implications of science on meditation and well-being.

They also discussed anger, a focal point and tone of Trump’s campaign. The Dalai Lama preached a positive message for meditating on and targeting anger:

“In the case of one human being who gives you problem, and you feel very negative with that person [you] consider your enemy. … That is a target of anger. Analyze that target. Dissolve. So anger no longer find independent target,” he said.

The current Dalai Lama is the 14th head monk for the Tibet Buddhists, and has been the spiritual leader since 1950.