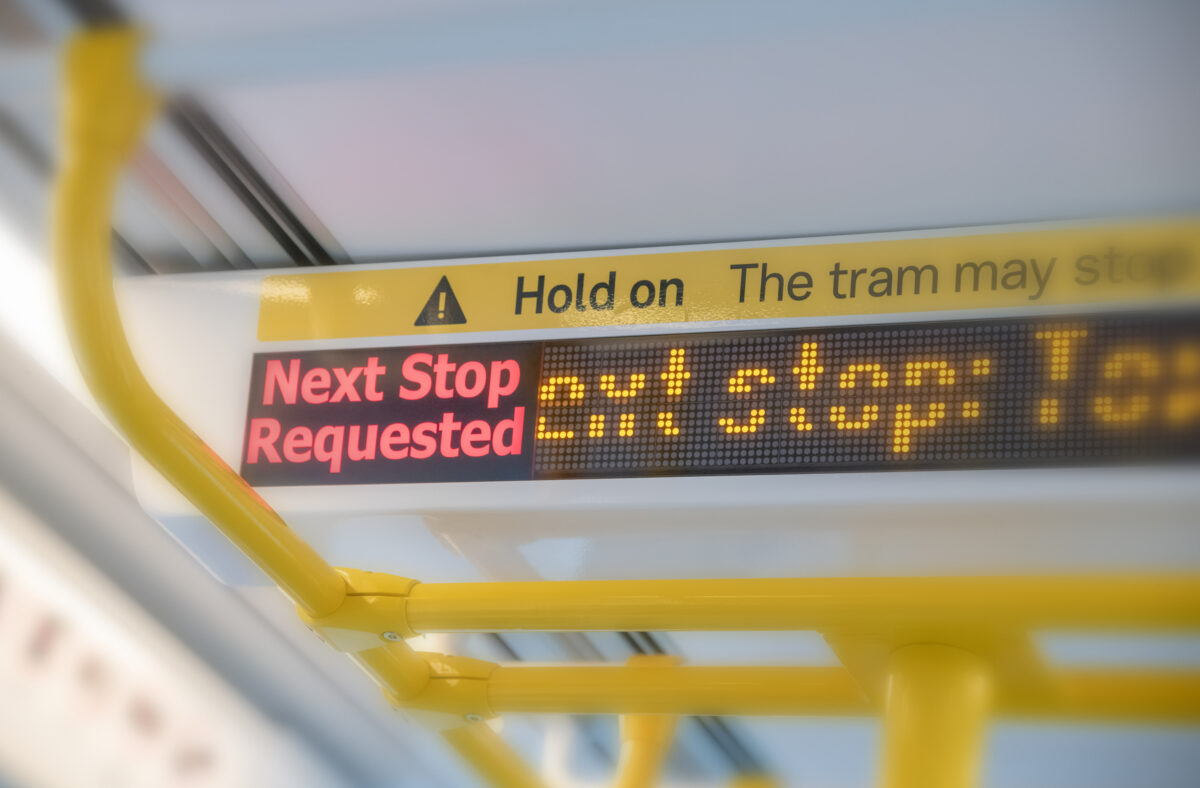 The Chilling Reason They Won’t Declare the Pandemic Over?

Over the past two years, in the name of keeping everyone “safe” from infection, the globalists have justified unprecedented attacks on democracy, civil liberties and personal freedoms, including the right to choose your own medical treatment. Now, the WHO wants to make its pandemic leadership permanent, and to extend it into the health care systems of every nation.

The negotiations for this treaty began March 3, 2022.(1) As reported by The Pulse (video above):

“Coming off the back of the COVID-19 pandemic, the World Health Organization is proposing a new pandemic treaty they’re hoping will be accepted by enough member countries to become a reality by 2024.”

The pandemic treaty is a direct threat to a nation’s sovereignty to make decisions for itself and its citizens, and would erode democracy everywhere.

As noted by The Pulse, “there are a number of things in the treaty that the people of the world need to consider before going down this path.” In the featured video, The Pulse’s Joe Martino interviews Shabnam Palesa Mohamed, a member of the steering committee of the World Council for Health, who points out that the treaty gives the WHO:

“… an inordinate amount of power to make decisions in sovereign countries as to how people live and how they deal with pandemics, from lockdowns to mandates over treatment.”

In short, it would create a one-size-fits-all approach to disease, without regard for all the varying situations found in individual countries, and this is something we already know doesn’t work. The treaty is a direct threat to a nation’s sovereignty to make decisions for itself and its citizens, and would erode democracy everywhere.

At the same time, it would cost each member country millions of dollars to participate in this process. As explained by Mohamed, the treaty will need to go through a voting process at the World Health Assembly in 2023. They need a majority for it to pass and, if passed, all member countries will be bound by it.

The Treaty Is ‘Invalid and Unlawful’

Another concern raised by Mohamed is that many countries don’t even know about this treaty as of yet, and it’s possible that the WHO might try to push for earlier implementation than 2024 — all without public participation or input. “It is undemocratic, it is unconstitutional and therefore it makes the treaty invalid and unlawful,” she says.

She also highlights the WHO’s many health policy failures, which are “intrinsically linked to conflicts of interest.” In an open letter on the WHO’s pandemic treaty, the World Council for Health writes, in part: (2)

“The proposed WHO agreement is unnecessary, and is a threat to sovereignty and inalienable rights. It increases the WHO’s suffocating power to declare unjustified pandemics, impose dehumanizing lockdowns, and enforce expensive, unsafe, and ineffective treatments against the will of the people.

The WCH [World Council for Health] believes that the people have a right to participate in any agreement that affects their lives, livelihoods, and well-being.

However, the WHO has not engaged in a process of public participation, which is evidence that its priority is capturing more power for itself and its corporate accomplices, than serving the interests of the people. Without an unbiased democratic process, any agreement by the WHO, acting via the United Nations, will be unlawful, illegitimate, and invalid.

Historically, the WHO leadership has failed the people. Among many examples, it approved the injurious H1N1 (swine flu) vaccine for a controversially declared pandemic.

Equally, the WHO failed during the COVID-19 chapter as it encouraged lockdowns, suppressed early preventive treatments, and recommended product interventions that have proven to be neither safe nor effective.

The WHO cannot be allowed to control the world’s health agenda, nor enforce biosurveillance. While it receives funding from public sources belonging to the people, it is caught in a perpetual conflict of interest because it also receives substantial funding from private interests that use their contributions to influence and profit from WHO decisions and mandates.

For example, the Gates Foundation and the Gates-funded GAVI vaccine promotion alliance, contribute over $1 billion a year.”

Another concern is the fact that when people are harmed by the WHO’s health policies, there’s no accountability because the WHO has diplomatic immunity. According to Mohamed, “the WHO should not be making ANY decisions about world health in the future.”

As noted by Martino, while the treaty claims to be focused on pandemic planning and responses, there’s serious concern that it could be expanded to cover other areas of health as well. Mohamed agrees, saying that it could potentially be expanded, using the WHO’s constitution as the basis for that expansion. Article 2 of the WHO’s constitution states:

“In order to achieve its objective, the functions of the Organization shall be: a) to act as the directing and coordinating authority on international health work … k) to propose conventions, agreements and regulations, and make recommendations with respect to international health matters …

s) to establish and revise as necessary international nomenclatures of diseases, of causes of death and of public health practices … v) generally to take all necessary action to attain the objective of the Organization.”

Its power is already very significant, and the goal to turn the WHO into a global health dictatorship is virtually written into its constitution. Also, remember that the WHO removed the specificity of mass casualties from the definition of a pandemic, so now a pandemic can be just about any disease that occurs in multiple countries. Even obesity could theoretically qualify. So, the WHO could claim power over health care systems in any number of ways, given the chance.

Treaty Would Grant WHO Power to Mandate Vaccine Passports

While most of the world is more than ready to move on, the WHO seems unwilling to let go. A WHO official recently told the Ottawa Citizen that the COVID pandemic is still “far from over.”(3)

The reason for this reluctance to declare the pandemic over is likely because the WHO hopes to gain the power to mandate vaccine passports and COVID jabs worldwide. It’s already working on the creation of a global vaccine passport/digital identity program. As reported by WEBLYF:(4)

“Under the guise of a ‘trust network,’ another initiative called Vaccination Credential Initiative (VCI) is also gaining momentum.

Partnering with big tech companies, big corporations, and big universities, VCI describes itself as ‘a voluntary coalition of public and private organizations committed to empowering individuals with access to verifiable clinical information including a trustworthy and verifiable copy of their vaccination records in digital or paper form using open, interoperable standards.’

VCI’s SMART Health Cards, as reported by Off-Guardian, are already implemented by ‘25 states in America, plus Puerto Rico and DC, and have become the US’s de-facto national passport.’ As explained in the article:

‘The US government, unlike many European countries, has not issued their own official vaccine passport, knowing such a move would rankle with the more Libertarian-leaning US public, not to mention get tangled in the question of state vs federal law.

The SMART cards allow them to sidestep this issue. They are technically only implemented by each state individually via agreements with VCI, which is technically a private entity. However, since the SMART cards are indirectly funded by the US government, their implementation across every state makes them a national standard in all but name.’”

The treaty would also give the WHO the power to censor health information worldwide. On the European Council’s web page discussing the pandemic treaty, under the headline “Restoring Trust in the International Health System,” it states:(5)

“The agreement … will set the foundation for better communication and information to citizens. Misinformation threatens public trust and risks undermining public health responses. To redeem citizen trust, concrete measures should be foreseen to improve the flow of reliable and accurate information as well as to tackle misinformation globally.”

In other words, under this treaty, we can expect even greater censorship than what we’ve experienced so far. Tech companies have already proven where their allegiance lies, and it’s not with the public.

Google, Facebook, Twitter, Instagram and others have deplatformed just about everyone who posts health information that runs counter to what the WHO is saying, real-world data and verifiable facts be damned. Financial platforms have also banned people for the same reason. Now imagine there being a binding international law that makes all that censorship mandatory.

You can learn more about The Great Reset on the World Economic Forum’s website(6),(7) and in Klaus Schwab’s book, “COVID-19: The Great Reset”(8) (but you might want to review the overwhelmingly negative comments on Amazon first).

Make no mistake, this catchy slogan is part and parcel of the Great Reset plan and cannot be separated from it, no matter how altruistic it may sound. Part of the “building back better” is to shift the financial system over to an all-digital centrally controlled currency system that is tied to a vaccine passport and/or digital identity system.

Together, they will form a pervasive system of social control, as desired behaviors can be incentivized and undesired ones discouraged through loss of various “privileges,” including access to your own finances. Digital currency can even be programmed by the issuer so that it can only be used for certain types of purchases or expenses.

While it’s going to be very difficult to stop this runaway train that is The Great Reset, part of our defense is to oppose and prevent the WHO’s pandemic treaty from becoming reality, as we seem to lose our national sovereignty if it does.