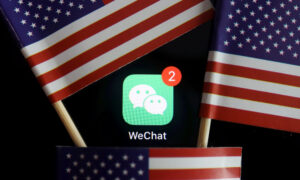 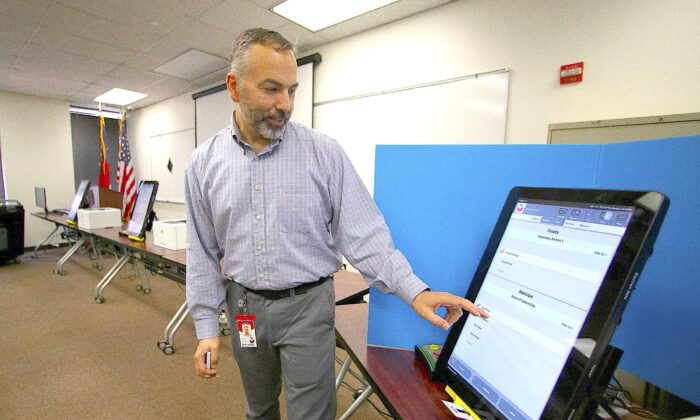 Canadian-founded technology firm Dominion Voting Systems is at the centre of the disputed 2020 U.S. election results, but it’s not the first time the company’s election performance has been the source of controversy.

In both cases, the company apologized but blamed outside interference. In Ontario, Dominion claimed “unauthorized bandwidth” limitations, and in N.B., it blamed third-party software additions by local election authorities.

Aleksander Essex, an associate professor of software engineering at Western University, used the Ontario municipal vote as a case study for his 2019 report on the use of online voting technology in the province.

The very first line notes that online voting “is not governed by any federal or provincial cybersecurity standard.” The report goes on to cite potential vulnerabilities, including privacy breaches, “result by fiat” due to lack of a paper trail, and zero contingency for partial or total system collapses.

“I want to make it absolutely clear that there is a difference between a vulnerability and a rigged election. One does not imply the other,” Essex told The Epoch Times.

The report found that on the night of the election on Oct. 22, 2018, the voting websites of 43 municipalities encountered problems such as a dramatic slowdown, with some content loads eventually timing out.

“In the face of an unavailable voting website, and with many affected municipalities without any paper ballot option as a backup, many clerks made the extraordinary decision to declare emergencies to extend the voting period. In some cases, voting was extended later into the evening by 1‐2 hours. The majority of affected municipalities, however, extended voting by a full 24 hours,” the report says.

A statement issued by Dominion on the night of the election attributed the slowdown to its Toronto-based internet colocation provider “placing an unauthorized limit on incoming voting traffic that was roughly 1/10th of the system’s designated bandwidth.” Dominion was the only one of the four vendors providing online voting technology for that election that experienced difficulties that night.

Essex said that after his report was released, he fielded calls from failed candidates around the province who felt the results were flawed but had no way to investigate because there was no auditable evidence but only a final tally.

“So what happens when a candidate says, ‘I think there was fraud, I don’t think I lost the election.’ Well, we’ve had those candidates in Ontario, and now they live in a kind of purgatory where they don’t know what happened but they don’t want to damage society by going public with their accusations and sour grapes,” he said.

“This is not a way that we should be going in the long term.”

Essex’s research revealed other discrepancies, including the number of municipalities for which Dominion was the online vote vendor of choice. While Dominion’s statement said 51 Ontario municipalities using its portal experienced slow traffic, Essex found that Dominion only had 49 municipal clients of which only 43 experienced a slowdown.

Dominion, which has offices in Toronto and Denver, did not respond to multiple requests for comment, specifically regarding whether Canadian voters could be confident in the integrity of its products already deployed in New Brunswick and, according to company literature, in “over 100 municipalities in Ontario … in B.C., Alberta, Manitoba, and Newfoundland.”

The company was also responsible for tabulating votes in the previous two federal Conservative Party leadership races: the 2017 contest that saw Andrew Scheer narrowly defeat Maxime Bernier, and the contest this August where damaged ballots caused results to be delayed several hours.

On Nov. 16, Elections Canada, in charge of federal elections, said on Twitter that it does not use Dominion Voting Systems. “We use paper ballots counted by hand in front of scrutineers and have never used voting machines or electronic tabulators to count votes in our 100-year history,” it wrote.

President Donald Trump, who alleges fraud in the U.S. vote count, re-shared the post, writing, “This says it all!”

Voter irregularities involving Dominion in the U.S. election include, in one instance, a county in Michigan, where 6,000 votes flipped from Trump to Democratic Party candidate Joe Biden. Questions about the votes were raised after the traditionally Republican-leaning county gave what seemed to be a landslide to Biden.

Officials initially attributed the problem to a combination of a software glitch and human error, then later blamed the problem solely on human error. Michigan’s Department of State said the responsible clerk accidentally didn’t update a software used to collect data from voting machines, and this led to the results not being “combined properly when the clerk reported unofficial results.”

Two voting machines made by the company also crashed early in the morning on the day of the election in two Georgia counties, preventing voters from casting their ballots for hours.

The Trump campaign is alleging that such switches occurred in multiple swing states where Dominion systems are deployed. Trump cited a report in a Nov. 12 tweet that claimed “Dominion deleted 2.7 million Trump votes nationwide” and that states using Dominion “switched 435,000 votes from Trump to Biden.” This claim has not been confirmed.

Dominion has said in a statement that it “categorically denies false assertions about vote switching and software issues with our voting systems.”

Dominion has refuted claims about being biased toward the Democratic side, as well as having ties to Democratic Sen. Dianne Feinstein, in light of remarks by the Trump campaign that the senator’s husband is a shareholder of the company. However, the company did not dispute that a former staffer of House Speaker Nancy Pelosi was hired as a lobbyist. The company also admits that it “made a one-time philanthropic commitment at a Clinton Global Initiative meeting in 2014,” but insists it is a “non-partisan U.S. company.”

The executive committees of two groups within the U.S. Department of Homeland Security’s Cybersecurity and Infrastructure Security Agency (CISA) issued a statement on Nov. 12 saying “there is no evidence that any voting system deleted or lost votes, changed votes, or was in any way compromised.” The two groups are the government coordinating council and sector coordinating council of CISA’s Election Infrastructure Subsector, within CISA’s Government Facilities Sector.

But a closer look at the CISA website shows that Dominion Voting Systems is a member of the same Election Infrastructure Subsector sector coordinating council whose executive committee co-authored the statement put out by CISA.

The chairman of the U.S. Federal Election Commission Trey Trainor has said he thinks there is evidence of voter fraud and other alleged irregularities.

“We’re getting ready to overturn election results in multiple states,” Powell said on Fox News, adding that she has enough evidence of election fraud to launch a widespread criminal investigation. “I don’t make comments without having the evidence to back it up.”

Dominion has not responded to a request for comment about Powell’s claim, but the company asserted in its statement that claims of voter fraud are “conspiracies” and “100 percent false.”