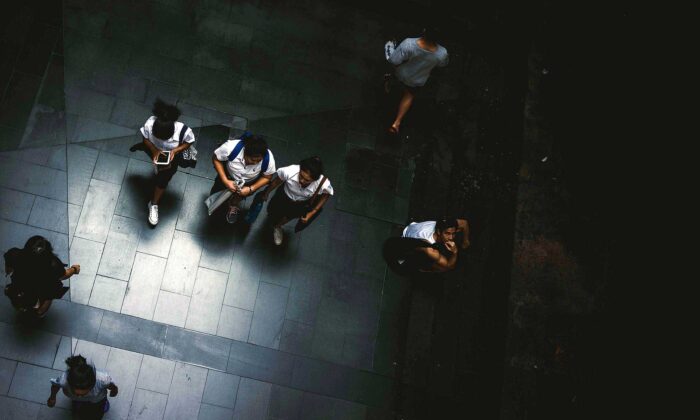 The Border Crisis May Be Coming to Your Kids’ School

The Biden administration is scrambling to shelter thousands of unaccompanied minors crossing the southern border from Central America. The media are declaring the crush at the border a “crisis.”

Truth is, this crisis could be heading to your school district. If your kids are in public school or you pay school taxes, you need to know the facts.

The media show photos of young migrant children. Don’t fall for that. Three-quarters of these unaccompanied minors are young men ages 15 to 17. Think tattoos, not teddy bears.

It’s the beginning of a hard road. The law requires them to go to school. But they’ve endured trauma on their trek and missed months or years of schooling. Few speak English, and many don’t know Spanish, only Mayan.

Their education will cost thousands of dollars a year more than for the average student because they’ll need linguistic experts, tutors, psychological counseling, vaccinations, and other support.

They also consume most of a classroom teacher’s attention, leaving the rest of the class to make do with less.

Even so, only 66 percent of students without English skills ever graduate.

They will struggle, but so will our own kids. This migration wave is hitting schools just as they’re reopening after the pandemic. Students have missed an entire year of school activities.

For school districts with tight budgets, the added costs of educating these young newcomers will mean an end to art classes, band and orchestra, and other enrichment activities.

School districts in four states will likely be most affected—Florida, California, Texas, and New York. But Connecticut also has Central American communities and will likely be receiving minors.

In 2014, New York City schools rolled out the red carpet for 1,662 migrants from Central America, committing a whopping $50 million for special programs. At the time, parents asked the question they should be asking again now: Why is the federal government allowing this influx of needy students when New York City already has challenges? Over half of city students read below grade level.

President Joe Biden seems oblivious. Last week, he announced a program to enable Central American children to apply for admission to the United States from their home country. That would spare them the dangerous trek. But it doesn’t alleviate the strain on our schools.

The Democratic Party pays lip service to reducing economic inequality. But their open border policy is doing the opposite—fostering a permanent underclass working for low wages.

In the Chicago suburbs, these young teens labor nights in meatpacking plants and auto parts plants, come home at 6 a.m. when their shift ends, and then go to school two hours later on almost no sleep, according to a ProPublica expose. No wonder they fall asleep in class and age out of high school before getting a diploma. The Dickensian era of child labor is being resurrected in our country today, thanks to open borders.

Teens who fail to get a diploma are almost doomed to poverty. Nearly half the Central American adult migrants in the United States don’t have a high school diploma. Their education levels are lower than other immigrants or the U.S.-born population. And no surprise, they are also poorer.

Worst of all, allowing this wave of migration to continue now will cripple our public schools and further set back our kids, just when they’re struggling to get back on the learning track.

Message to Biden: close the border, protect our schools, and put our own kids first.