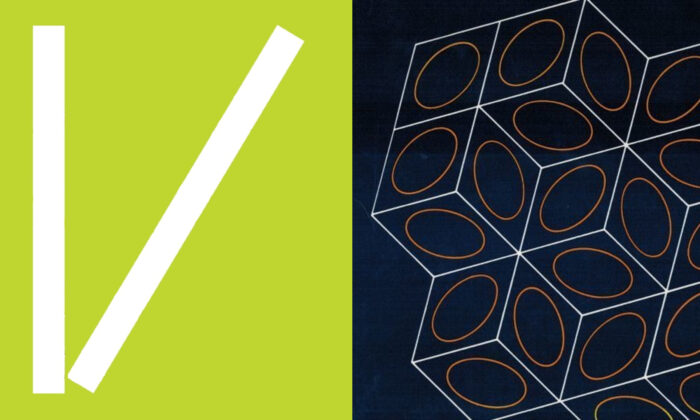 A composition of the book covers of (left) Malcolm T. Gladwell's "The Tipping Point: How Little Things Can Make a Big Difference" (2000) and (right) Thomas S. Kuhn's "The Structure of Scientific Revolution" (1962). (The Epoch Times)
Business Columnists

In 2000, Malcolm Gladwell wrote a book called “The Tipping Point,” which has since been rolled into the conventional wisdom. The idea is that viral products start very small, gain new adherents, tap into a special something that relates to the fear of missing out, and the climb goes higher and higher until that one magic day when everyone has to have it. That’s the tipping point. The burden of the book is to demonstrate this thesis.

It works in reverse, too, and here we can draw on Thomas Kuhn’s “Structure of Scientific Revolutions” (1962). His book is more about failure than success. In his model, the orthodoxy that everyone accepts without question is challenged by a new way of thinking that is dismissed out of hand and censored. Its adherents are denounced as cranks.

Then reality begins to change the outlook. The real world gradually stops reflecting what the prevailing orthodoxy would predict. There are too many anomalies. Doubters appear and grow. Eventually it becomes unbearably obvious that the orthodoxy has flopped in its promise. It fails and its promoters gradually go away and its scions go into hiding.

The proponents of the orthodoxy never admit error, but their disappearance creates what he calls a pre-paradigmatic moment. It makes room for debate and argumentation over what will replace what failed and who or what will come to represent the new orthodoxy.

These stories of how ideas rise and fall apply not only to business and science, but also to economics and politics. In that sense, we’re certainly arriving at the pre-paradigmatic moment in many areas. The orthodoxy in science, politics, and economics is all failing at the same time and at a remarkable pace, so much so that it can’t help but disorient everyone.

There are some major events that signal this change, and they’ve all happened in the last half year or so.

First, after a year and a half of the preposterous attempt to “slow the spread,” “track and trace,” “flatten the curve,” “quarantine and isolate,” and otherwise do the scripted dance somehow to control that which is remarkably good at evading all control, COVID finally swept the whole of the American Northeast in the United States. For the first time, the respiratory virus hit the Zoom class that had been hiding in homes for 18 months.

It was obvious at this moment that the entire effort had been pointless and destructive. Every study that had pretended to correlate infection with distancing, masking, capacity restrictions, school closures, and vaccine mandates all went belly up. None of them were reproducible after this point. Fully 18 months of fake science was in tatters while the “heretics” who said lockdowns would never work were vindicated.

Nothing was more devastating than the realization that the vaccines don’t work in any of the ways we normally define what it means for a vaccine to work. They don’t prevent infection. They don’t stop transmission. What that means is the complete end of the public health rationale for vaccine mandates, or for getting vaccines at all.

For a small cohort of the population, they provided time-limited assistance against severity, but that’s on the clock before you have to get another and another, and that raises another problem of creating a compromised immune system. None of this is in dispute anymore. So much for the carnage of coercion, job losses, political division, and institutional upheaval they’ve created!

Second, the ferocious arrival of inflation this year has shocked everyone and infuriated the public like no other trend in my lifetime. It has devastated the Biden administration at the polls. Not even CNN is able to defend him anymore. And you have this ridiculous presidential spokesperson muttering gibberish that makes absolutely no sense whatsoever and doing it in front of the television every single day. Not one reporter can figure out what she’s saying. It’s so incoherent that it’s not worth reporting.

Meanwhile, in the same way the Biden administration couldn’t control the virus, it can’t control inflation. That’s become perfectly obvious. Their only answer is to demonize the meat packers, shipping companies, and oil producers for not pumping enough and overcharging for their products. But this is the same administration that has waged a ruthless attack on meat, commerce, and oil for 18 months, as if they had no idea what the effect of that might be on the markets!

It truly boggles the mind.

Here’s a picture of how the Biden inflation has devastated commerce domestically and internationally. And notice the date of the change here: January 2021 is the turning point. There’s simply no way that the culpability can be assigned elsewhere. Even if the monetary roots of this inflation date back a year earlier, the administration did absolutely nothing either to prevent or repair this.

Third, a remarkable special election just took place in Texas. Republican Mayra Flores snatched a congressional seat from the Democratic Party. It’s a stunning win for the GOP. Flores herself is not a fancy Ivy Leaguer, but rather an immigrant who attended plain schools and began as a heroic health care worker—one of the front-line workers who was early on exposed to COVID. She was braving it out while the Zoom class elites were hiding.

As for her politics, let’s just say that she has mercifully avoided the woke virus. As an immigrant, she’s profoundly aware of how the immigration chaos in the border areas of Texas has violated people’s property rights and appears to be a deliberately constructed policy solely for the purpose of securing political control for the Democrats. In other words, this isn’t the immigration I’ve long championed: It’s a political ploy to game the political system.

Flores called it out and won the hearts of the whole district regardless of previous political allegiances. It’s a terrifying scene for the Democrats, raising the prospect not only of a full takeover of the House and Senate by Republicans, but even bringing about a rout so huge as to raise real questions about the party’s future.

If one had failed, that would be notable. All three failing at once is beyond belief. It creates an awesome moment, a shattering of an orthodoxy that had been shoved down the throats of everyone, but which is now very obviously failing in every respect.

The political fallout will be the most conspicuous, but there’s much more at stake. It isn’t really about one party over another. This is the failing of an entire administrative state, that class of permanently employed bureaucrats that has taken over the management of science, society, and economy from the people and their representatives. That’s the paradigm that has failed. Now comes the pre-paradigmatic moment and the struggle for a new orthodoxy. Let us hope it’s freedom itself.