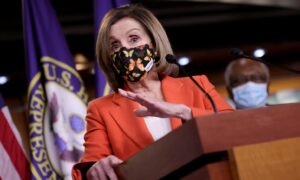 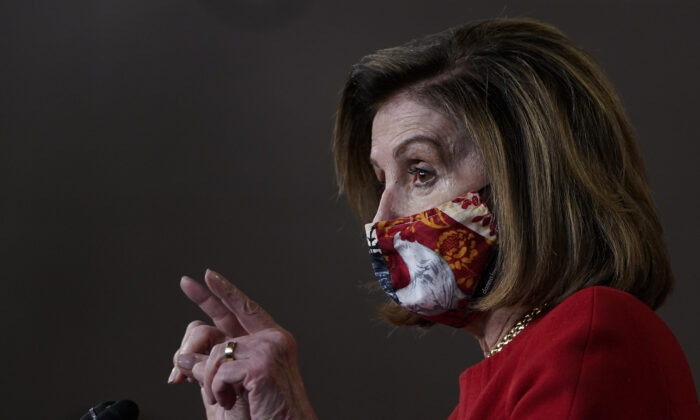 The American People Versus the Democratic Machine

Earlier this week, I wrote about how congressional Democrats in Arizona (and other politically mixed states) are going to have to make a choice about whether they will serve the people they represent—or the Democratic machine that’s running Washington.

Specifically, I was pointing out provisions in Speaker Nancy Pelosi’s H.R. 1 that are deeply opposed by most Arizonans. The bill is largely geared toward keeping Democratic politicians in power (and their allies well paid) in perpetuity—despite the will of the American people.

This got me thinking more deeply about how the American people as a whole feel about the broader agenda of the Democratic machine—which is largely being hidden behind slickly named legislation and a complicit national news media that benefits more from helping the machine than informing the American people.

First, let me explain what I mean by the Democratic machine.

In a normal, healthy Congress, each individual member is there to serve the interests of his or her constituents. The leadership has some significant power, but ultimately the leadership needs its members’ support to operate effectively. Leadership understands that some members simply can’t vote for some things, because each district and state is unique.

To navigate this, leadership will introduce legislation, let members read it and make amendments, and debate the amendments on the floor. This is how you make bipartisan legislation that works for, and has the support of, most of Congress.

When I was speaker of the House, I spent most of my time listening to members, learning what they needed for their districts, and helping to make sure that the overall agenda had the support of Republicans—and as many independents and Democrats as we could bring over. Listen, learn, help, and lead—that was my method.

This isn’t the method Pelosi and Senate Majority Leader Chuck Schumer are using. They are building a machine. In a machine, leadership introduces legislation (which only a handful of insiders have seen) and calls for a vote. There is no amendment process. There is no debate. You vote with the machine, or you are punished.

Now, this machine can only run if the American people remain in the dark. If more Americans see what Democrats are doing, it’s going to be more and more difficult for Pelosi to impose her will. This is because much of the modern Democratic agenda is totally opposed by most Americans.

On voting integrity, 85 percent of Americans say mail in ballots must require signature verification to be counted. Eighty-four percent say only American citizens should be able to vote in elections, and 81 percent say photo identification should be required for all voting—in-person and absentee.

On the economy, 87 percent support a “Made in America” tax credit for companies who manufacture in the United States. And 82 percent say we must demand fairness in trade with communist China.

In other areas, 87 percent support mandatory deportation for noncitizens who are in criminal gangs. Eighty-six percent of Americans support term limits for members of both chambers of the Congress. And a full 85 percent support protecting religious freedom from government interference.

Finally, 80 percent of Americans say we should fully fund (not defund) our police and law enforcement.

If you go down this list of 80 percent-plus support issues and consider where the Democratic machine is on most of these, it becomes apparent that the 2022 midterm elections will become much larger than simply Republicans versus Democrats.

It seems to me that 2022—and potentially 2024—will be defined as the American people versus the Democratic machine.

I have faith that the American people will win.