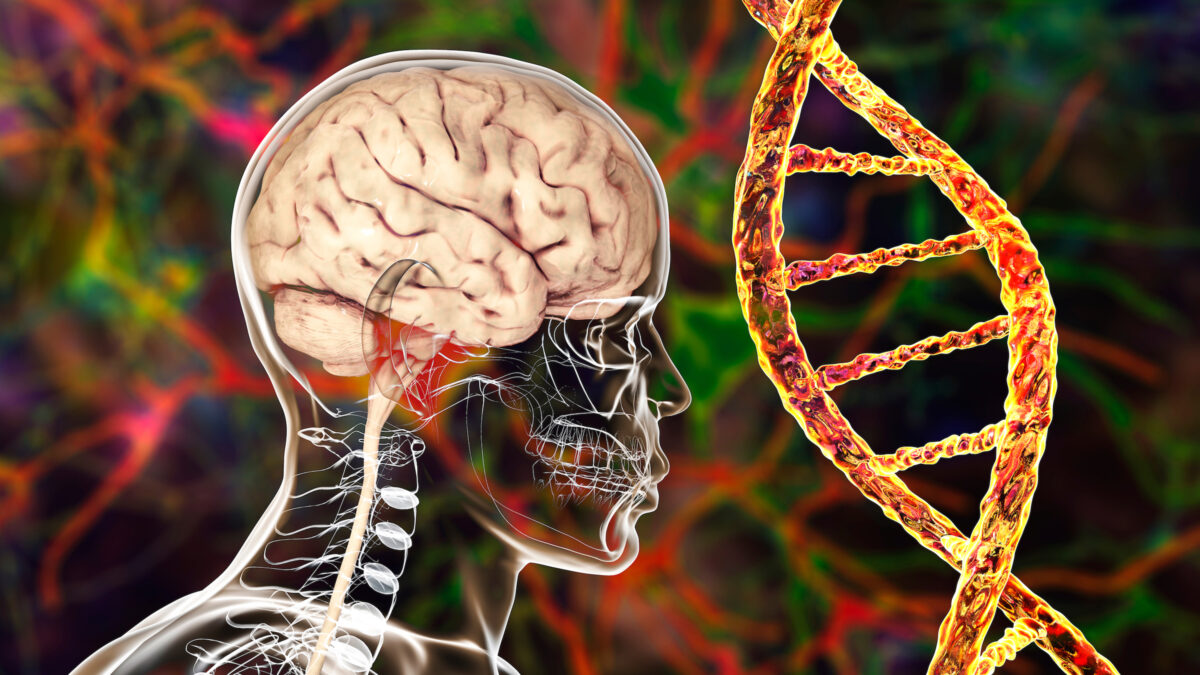 The Alarming Trends in COVID Vaccine Side Effects

The newest data from a large German health insurance company and the Israeli Ministry of Health continue to show side effects from the COVID jabs and boosters are anything but ‘rare.’

In mid-February 2022, the U.K. started rolling out the COVID jab for children aged 5 to 11. In the U.S., the shot has been recommended for this age group since October 2021.

The question raised in a Nick De Bois interview with Jamie Jenkins, former head of health and labor market analysis at the British Office for National Statistics (above), is ‘Why bother injecting kids this young?’ The risk COVID-19 presents to children is minuscule.

What’s more, the British Joint Committee on Vaccination and Immunization (JCVI) estimates that by the end of January 2022, 85% of children aged 5 to 11 already had natural immunity. Add to that the fact that the prevailing variant, Omicron, is far milder than previous strains, causing only mild cold symptoms in most people, including children.

Together, these three facts ought to make it clear that children don’t need this jab. A cost-benefit analysis by Stephanie Seneff, Ph.D., and researcher Kathy Dopp, also shows the COVID jab actually increases children’s risk of dying from COVID infection. Children under 18 are also 51 times more likely to die from the jab than they are to die from COVID if not vaccinated.

An astounding statistic Jenkins does bring up is that 4 million doses must be administered to children, 5 to 11 years of age, to prevent a single ICU admission in this age group. Assuming two doses per child, that means 2 million children must take their chances with serious and potentially lifelong side effects to prevent a single child from requiring intensive care due to COVID-19. How is this justified? As explained in Jenkins’ website:

“JCVI has said that vaccination of children aged 5 to 11 years who are not in a clinical risk group would prevent a relatively small number of hospitalizations or intensive care admissions. For a variant like Omicron, it would take around four million vaccine doses to two million children to prevent one admission to ICU.

For less severe illnesses, 58,000 child vaccinations would prevent one-child hospitalization. Children admitted recently to hospital with COVID had an average length of stay of 1-2 days. The Omicron wave saw no more children in hospital than before Omicron hit the UK.”

Pfizer Backs Off Shots for Children Under 5

While vaccine makers and health agencies have been pushing forward with COVID jabs for babies as young as 6 months, parents with children under 5 can, for now, draw a sigh of relief, as plans to roll out shots for the under-5 age group have been suspended, at least temporarily.

February 11, 2022, Pfizer withdrew its U.S. Emergency Use Authorization (EUA) application for children under 5. According to the U.S. Food and Drug Administration and Pfizer, they want to collect more data on the effects of a third dose, as two doses did not produce expected immunity in 2- to 5-year-olds.

Three days later, former FDA Commissioner and current Pfizer board member Scott Gottlieb told CNBC the EUA application was pulled because COVID cases are so low among young children that the shot couldn’t be shown to provide much of a benefit.

Considering you have to give the jab to some 2 million children to prevent a single ICU stay, it’s no wonder they can’t show effectiveness in studies that have just a few thousand children. Pfizer’s youth trial on 5- to 11-year-olds had just 2,268 participants, and only two-thirds of those received the real COVID jab.

However, the OpenVAERS team suspects there may be something far more problematic behind Pfizer’s withdrawal. In a February 21, 2022, email notice to subscribers, OpenVAERS stated:

“None of these explanations suffice because all of that information was known prior to Pfizer submitting this EUA to the FDA on February 1 [2022]. It makes one wonder whether adverse events in the treatment group might be the factor that neither Pfizer nor the FDA want to talk about?

So, we decided to look at reports of injury associated with COVID-19 vaccines in children 17 and younger. Remember, these shots have only been on the market for a short while and only children 5 to 17 are eligible. We created a separate page called Child Reports that will update automatically as new reports come in.

We were shocked by what we found — 34,223 VAERS reports in the U.S. in this age range, including infants harmed through transmission from the mother via breast milk, lots of reports of kids receiving shots who were too young (either the parents lied about their age or the doctor/pharmacy made a mistake with screening or dosing), and heartbreaking reports of myocarditis and death.”

Shocking Data From Israel Show Extent of Side Effects

While health agencies and mainstream media still insist that side effects from the COVID jab are “rare,” real-world data show a different story. An English translation of the report can be downloaded from Galileo Is Back on Substack. As noted in the report:

“On December 20, 2020, a vaccination program was launched in Israel using Pfizer’s vaccine for COVID-19. By the end of March 2021, more than half of the population had been vaccinated with two vaccine doses.

The decrease in immunity over time and emergence of new variants led to a renewed increase in morbidity in Israel in the summer of 2021. By the end of July 2021, a third shot of the vaccine (booster shot) was authorized for everyone who had received two shots and at least five months had passed from the second shot.

General goals: To determine the frequency of side-effects which appeared within 21-30 days from vaccination with the third Pfizer shot (booster) against COVID-19 among citizens above 18 years of age.

Specific goals: Examine the prevalence of side-effects in temporal proximity to the third shot grouped according to age and gender. Examine the time of onset relative to administration of the vaccine and the duration thereof, and to compare it with the side-effects of previous vaccines.”

Between 6.3% and 9.3% of those with preexisting high blood pressure, lung disease, diabetes and heart disease also reported that their condition was exacerbated after the third booster. A small number of women, but no men, also reported herpes infections (0.4% for herpes simplex infections and 0.3% for herpes zoster). Other key take-home’s from this Israeli report are that:

They analyzed the medical data of 10.9 million insured individuals, looking for potential COVID jab side effects. To their horror, they found 400,000 doctors’ visits could be realistically attributed to the jab. According to Schöfbeck, extrapolated to the total population of Germany, the total number of doctors’ visits attributable to jab side effects would be 3 million.

“The number that resulted from our analysis are very far away from the publicly announced numbers [by the Ministry of Health]. It would be unethical not to talk about it,” Schöfbeck told Die Welt, adding that the data are “an alarming signal.” As reported by Die Welt (translated from German):

“From January to August 2021 … around 217,000 of just under 11 million BBK policyholders had to be treated for vaccination side effects — while the Paul Ehrlich Institute keeps only 244,576 side effect reports based on 61.4 million vaccinated …

Thus, the number of vaccine side effects would be more than 1,000 percent higher than the PEI reports … With his analysis, Schöfbeck turned to a wide range of institutions — from the German Medical Association and the StiKo to the Paul Ehrlich Institute itself.

He said the figures were a ‘strong alarm signal’ that ‘absolutely must be taken into account in the further use of vaccines.’ His figures could be validated by the same data analyses of other health insurance companies, he says …

Since ‘danger to human life cannot be ruled out,’ he set a deadline of 6 p.m. Tuesday [February 22, 2022] to respond to his letter. As this passed, they turned to the public.”

Getting back to the issue of children and the danger we’re putting them in by giving them this shot, two autopsies of teenage boys who died within days of their COVID jabs revealed the shot caused their deaths. As reported by The Defender:

“The three pathologists, two of whom are medical examiners, published their findings Feb. 14 in an early online release article, ‘Autopsy Histopathologic Cardiac Findings in Two Adolescents Following the Second COVID-19 Vaccine Dose,’ in the Archives of Pathology and Laboratory Medicine.

The authors’ findings were conclusive. Two teenage boys were pronounced dead in their homes three and four days after receiving the second Pfizer-BioNTech COVID-19 dose. There was no evidence of active or previous COVID-19 infection. The teens had negative toxicology screens (i.e., no drugs or poisons were present in their bodies). These boys died from the vaccine.”

Histopathological examination revealed that neither of the boys’ hearts had signs of typical myocarditis. Instead, what they found were changes consistent with catecholamine-mediated stress cardiomyopathy, also known as toxic cardiomyopathy.

This is a temporary kind of heart injury that can develop in response to extreme physical, chemical or emotional stressors. Another common term for this kind of injury is “broken heart syndrome.” Hyperinflammatory states such as severe COVID-19 infection can also cause this kind of injury to the heart.

More details about the medical history of each of the boys and their autopsy findings are reviewed by Pam Popper of Wellness Forum Health in the video above. Curiously, neither of the boys had any symptoms of myocarditis before they died. One had complained of a headache and upset stomach. The other had not mentioned any symptoms. As noted by The Defender:

“This is extremely concerning. These boys had smoldering, catastrophic heart injuries with no symptoms. How many others have insidious cardiac involvement from vaccination that won’t manifest until they get a serious case of COVID-19 or the flu? Or perhaps when they subject themselves to the physical stress of competitive sports?

These findings suggest a significant subset of COVID-19 deaths in the vaccinated could be due to the vaccines themselves. Furthermore, it raises this question: How often does this condition exist in a latent form in vaccinated individuals?”

Myocarditis Risk in Young Men Is Not Rare

U.S. Vaccine Adverse Events Reporting System (VAERS) data also raise questions about the risk of potentially lethal myocarditis, especially in boys. The following slide was presented during a June 23, 2021, meeting convened by the Centers for Disease Control and Prevention’s Advisory Committee on Immunization Practices (ACIP), to discuss the risk of myopericarditis.

As you can see, the observed rates of myocarditis and/or pericarditis for several age groups, and especially among males, are significantly higher than the expected background rate.

This is a loud and clear safety signal, yet the ACIP proceeded to recommend the shot to preteens and teens anyway, and in a public statement insisted that myopericarditis is “an extremely rare side effect” that “only an exceedingly small number of people will experience after vaccination.” How can they say that with data like this right in front of their noses?

Based on this VAERS data, the rate of myocarditis is about 6.5 per 100,000 doses in 12- to 17-year-olds. Going back to where we started, 4 million doses are required to prevent a single child, 5 to 11 years of age, from being admitted to the ICU for COVID.

Assuming the rate of myocarditis in 5- to 11-year-olds is identical to that of 12- to 17-year-olds, we could potentially be looking at 260 cases of myocarditis for every ICU admission for COVID that we prevent. On the whole, the COVID jab provides only risk for children under 18, so there’s absolutely no justification for it.