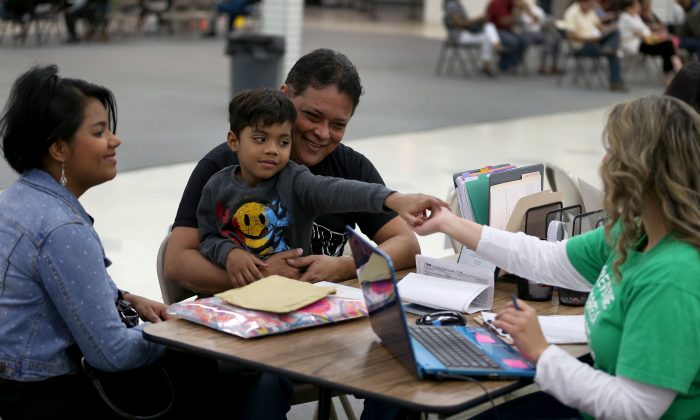 The Affordable Care Act (ACA) has enabled millions of previously uninsured people to obtain health insurance at reasonably low rates and has fixed some of the most vexing—and unfair—peculiarities in the U.S. commercial insurance market. It has eliminated lifetime coverage caps and denials for coverage because of pre-existing conditions, to mention just two of the most popular reforms.

This is a major step forward. But the ACA builds upon our existing health insurance system in many ways. And, thus, it represents a gift to all of those who seek to profit from the health and illness of others.

Remember—access to insurance and access to needed care aren’t always the same thing. And “affordable” is a relative term. The kinds of reasonably priced health insurance policies the previously uninsured can afford come with a catch. Yes, people are now covered against catastrophic events. But some of these affordable plans come with prohibitively high deductibles and copays. These extra costs can force patients to choose between going without care or seeing the doctor and paying the monetary price. This is partly because medical “necessity” is a term that means different things to patients, doctors, and insurers.

Our current system of health care is ruled by cost-sharing, which is believed to cut costs by preventing people from overutilizing unnecessary or unneeded health care. But it doesn’t do that (especially for less well-off people). Instead care is rationed based on what a person can afford. And rationing by limiting what is available by one’s ability to pay instead of a reasonable definition of medical need can amplify the inherent inequities already present.

Health Insurance Is Different From Other Kinds of Insurance

The sort of health insurance that has evolved in this country is not like the insurance we have for our homes or our cars. Those kick in when our house is damaged during a storm or we have an accident in our automobile. It insures us against major financial loss for unexpected or unforeseen events that can be expensive to repair.

Health insurance, on the other hand, is used for both catastrophic and everyday coverage: quadruple bypass surgery to routine vaccinations, emergency room visits to yearly physicals. And since even healthy people can get sick or injured, those whose job it is to maximize profits and hold down costs must figure out strategies to make patients think twice (or maybe thrice!) before they go to the doctor, and hence submit a claim.

And that is the purpose of high copays and high-deductible policies: to discourage patients from utilizing services, thus saving money for the insurers and presumably (or hopefully) for the insured as well.

The commercial insurance market makes more money if policyholders pay their premiums, and then don’t use their insurance. Profit margins are grounded on many more healthy people—sometimes called the young invincibles—paying premiums than sick people filing claims.

Similarly, placing barriers in front of patients to discourage usage of benefits minimizes expenses and maximizes financial yields for the companies. In effect, this is a form of rationing, where the decisions about what kinds of potentially beneficial interventions to use are made by the patient and contingent upon affordability.

For instance, the more expensive basic care is, the more likely someone with, say, shoulder pain, may try to treat themselves at home rather than risk a big copay by having it checked out by a doctor.

Necessity Is a Relative Term

High-deductible health plans can leave some patients in a quandary. The premiums are low, but the costs for some needed services can lead to big bills. They are more akin to catastrophic health insurance, to be used only in case of true life-threatening emergency, rather than for routine preventative care or the common ills that plague most of us from time-to-time such as broken limbs or strep throat.

How one’s insurance company and policy defines medical necessity (the term of art for what they will and will not cover) and the various ever-increasing copays and, of course, the annual deductible in large part determine what kind of care you can afford and hence receive. For example, the ACA mandates coverage for standard prenatal and maternity care without additional patient expense. But what the ACA defines as “standard” is nominal: better than nothing but the uncovered services frequently thought to be important can add up rather quickly.

The prevailing wisdom is that if the costs to the insured are low enough, they will over-utilize covered services because of the relatively low financial impact for themselves. In health care circles this is called “moral hazard,” which refers to how people behave when they’re safe or protected from the consequences of potentially risky actions, because someone else bears the burden for that risk. Our current system of cost-sharing between patients and insurers is meant to prevent this overutilization.

But, however popular this theory is, the facts speak otherwise: Cost-sharing doesn’t work very well at moderating patient behavior and thus controlling costs. This system does not save anyone money if patients have a difficult time accessing preventive care due to cost, only to require costly interventions further down the line.

Nevertheless, increasing point-of-service copayments and multithousand-dollar annual deductibles are aimed at stimulating patients to think twice (or more) before they drop in at their local emergency department to get their sore throat examined. This doesn’t help patients and can result in higher costs down the line. Think of it this way: many diseases—like cancer—can be treated relatively simply if caught early. But if having a doctor look at that growing bump on your arm is going to cost you several hundred or several thousand dollars, you may put it off until it’s too late. Cost-sharing may persuade some people to choose the lesser of two financial evils, and that’s a shame.

The Bad and the Good Sides of Rationing

In health care, some kinds of rationing aren’t bad. For instance, in some circumstances it can actually help lower costs and extend the benefits of modern medicine to more people.

It can also ensure a resource in short supply can get to people that need it most. This could be virtually anything that could potentially help someone, such as a scarce drug or intensive care beds during an influenza pandemic.

But most frequently, the United States rations health care on the basis of money: people have limited access or are able to purchase less than what they might need because they have insufficient money to pay for it.

The ACA, while notionally intended to control costs by what might be called “hidden” or “subversive” rationing, is certainly not designed to ration openly and fairly to all.

Philip M. Rosoff is a professor of pediatrics and medicine director of clinical ethics at Duke University Hospital, Duke University. This article originally published on The Conversation.