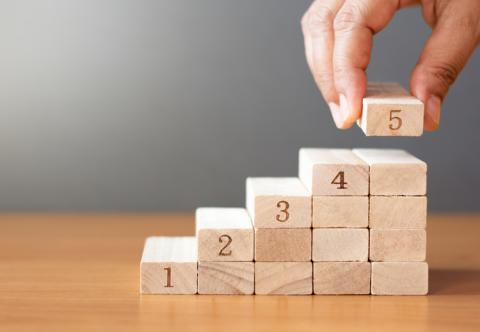 The 5 Stages of Totalitarianism 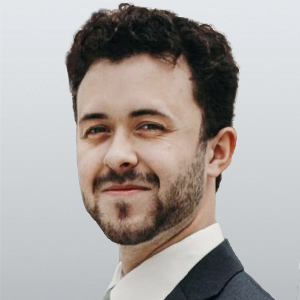 Fears of a growing totalitarian tendency in the United States have swelled during 2020–2022. But how close are we really to a totalitarian state? How have such regimes come about historically and what are the warning signs? This article will answer these questions by examining totalitarian regimes in the eighteenth and twentieth centuries and the pattern by which they came to power.

Every new order rises on the ruins of the old.

Those who would establish a new regime must tap into or generate dissatisfaction with the status quo. However much those desiring a reset may despise the old order, they can’t accomplish much without harnessing or fabricating a similar attitude in the public. Then the revolutionary totalitarian appears as the solution to these problems.

The Reign of Terror in Revolutionary France, for example, didn’t begin with blood but with bread. Between 1715 and 1800, the population of Europe doubled, creating food shortages among the French people. Many of the French people resented the king’s growing centralized authority. In addition, the ideas of the “Enlightenment” thinkers were stirring up revolutionary feeling. Finally, the French government was massively in debt due to the many wars of the eighteenth century, and it increased taxation even on nobles.

It was these sufferings and fears, combined with the machinations of the secret societies (admitted by the Marquis de Rosanbo at the Chamber of Deputies session of July 1, 1904) that led the to the revolution and the totalitarian Jacobin government. The Reign of Terror came after the fall of the king and the Ancien Régime, which the revolutionaries accomplished in part because of the problems and suffering in French society prerevolution.

The Bolshevik Revolution in Russia in 1917—which established a totalitarian regime so bloody that it would make the Reign of Terror look like a mere red drop in the guillotine bucket—followed a similar blueprint. The Bolshevik communists exploited the sufferings of the Russian people for revolutionary purposes. What were these sufferings? The Russian people had lost faith in Tsar Nicholas II and his government, Russia contained restless ethnic minorities, and the poorly equipped and led Russian armies were losing against the Germans in World War I. Russia’s failures in the war led to demoralization and disrupted the economy. In January 1917, transportation to cities like Petrograd broke down, and this caused food and fuel shortages, and, eventually, riots.

Not long after the rise of Bolshevism in Russia, Adolf Hitler became involved with the Nazi Party during the Weimar Republic. Struggling postwar Germany bubbled with discontent. The Treaty of Versailles had been harsh: Germany was expected to accept full responsibility for the war, pay massive indemnities to the Allies, surrender large amounts of territory, possess no military worth speaking of, and be monitored by Allied troops. In the years following the war and the treaty, the German economy suffered mightily, including through hyperinflation. When Germany defaulted on some of its payments, French and Belgian troops occupied Germany’s richest industrial region, the Ruhr district, which only made Germany poorer and the people angrier.

Stage 2: The False Savior and the First Revolution

After identifying and appealing to the people’s discontent, the totalitarian presents himself as a savior. In stage two, the revolutionary totalitarian enacts a dramatic change to “solve” the problems and discontent of stage one.

To find a solution for its debt crisis, the French government called the Estates General assembly to advise the king on what to do. The Third Estate quickly claimed full governmental authority as the “National Assembly.” The National Assembly wanted to draw up a new constitution that would change the nature of the government to deal with injustices. After the storming of the Bastille, peasants in rural areas revolted against their lords. The National Assembly declared feudalism abolished and introduced the Declaration of the Rights of Man and of the Citizen. With the execution of Louis XVI on Jan. 21, 1793, the first stage of the revolution was over. The regicide left a massive power vacuum. Various groups struggled to fill this hole, but in the end, the Jacobins—the radicals—dominated the new revolutionary government.

In the Russian Revolution, the Bolsheviks took advantage of the food riots that began early in 1917. When the military began siding with the rioting workers, rather than restoring law and order, Tsar Nicholas knew all was lost. He abdicated on March 2, 1917 (and was later shot). The Bolshevik-run Petrograd Soviet quickly took control of post-tsarist Russia. Their slogan—Peace, Land, and Bread—attracted many frightened and angry people to them as to a savior. On Nov. 6–7, they staged a coup that finally overturned the provisional government.

The initial rise of Nazism in Germany was less bloody but similarly based on messianic promises. Capitalizing on the resentment in Germany due to the Versailles Treaty and global economic downturn in 1929, the Nazi Party grew in size and influence. The Nazis had attempted a violent coup in November 1923 but had failed, and they turned to legal means of gaining control of the government. Due to Hitler’s skill with propaganda, the Nazi Party won more and more of the vote by the early 1930s. Eventually, it was the second-biggest political party in the country. At this point, Hitler demanded that President Paul von Hindenburg appoint him chancellor, which Hindenburg agreed to in 1933. This was not a violent revolution, but the failed 1923 attempt shows the party’s violent tendencies.

Stage 3: Censorship, Persecution, Propaganda, and the Ending of Opposition

In stage three, the initial upheaval of stage two has passed. The old order has been fundamentally changed, and now various forces begin to react. The rising totalitarian government faces many enemies, often dubbed “counterrevolutionaries” or “extremists.” Here in its infancy, the new order must struggle to gain more power and maintain that which has been acquired. For this reason, it sets about combatting its enemies through censorship and persecution.

As soon as they had gained sway over their countries, the first move of totalitarians like Hitler and Vladimir Lenin was to censor opposition and put out propaganda. Each of these totalitarian leaders also gained control of education and had secret police forces to monitor and even kill anyone designated as an enemy. Another strategy was to establish youth organizations to indoctrinate citizens in the state’s propaganda from an early age and tear their loyalties away from family or religion. Religion was almost universally persecuted once these regimes came to power.

Finally, Hitler and Lenin outlawed (either de jure or de facto) all political parties and views besides their own after coming to power. Totalitarians create a one-party system that often maintains a façade of democracy.

Stage four prepares the way for the totalitarian government to grasp total control over those under its rule. It consists of a crisis moment, which may be either a real threat or a false flag that seems to threaten the nation.

By 1793, the French Revolution was at a crisis point. Defenders of the old order rose up on all sides to crush the new order. Austrian and Prussian armies encircled France, while the Vendéean peasants revolted against the revolutionary government and army. And so, in the name of “public safety,” the government decided to take harsh measures against all enemies of the revolution. And so, of course, they needed more control. This was the task of the Committee of Public Safety, and it suffered from no scruple in its methods.

On Aug. 3, 1918, Lenin was shot after giving a speech at a factory. While recovering in the hospital, he wrote to a subordinate, “It is necessary secretly—and urgently—to prepare the terror.” This initiated a campaign of mass killings and detentions by the government, known to history as the Red Terror. As always, the justification for these acts was the “emergency” indicated by the attempted assassination. The “radicals” and “counterrevolutionaries” were allegedly “at the gate,” and it was necessary to use extreme measures to deal with this imminent “threat.” So the rhetoric went. And so it always goes.

Hitler also used a “state of emergency” to justify his clampdown. On Feb. 27, 1933, the Reichstag went up in flames. In response, Herman Gorrin, minister of the interior, ordered a raid on Communist headquarters, allegedly for evidence of sedition and a Communist plot to attack public buildings. This, in Hitler’s mind, was the signal for seizing complete control. On February 28, the cabinet abolished freedom of speech, assembly, privacy, and the press. Around four thousand people were arrested that night. This “crisis,” with the usual language about safety and countering threats, ushered in totalitarianism in Germany.

Using the crisis of stage four as an excuse, the totalitarian government now seizes absolute control over the lives of its citizens. The regime overcomes the enemies of stages three and four. It begins brutally enforcing its “utopia” and ideology on the populace. This stage also sees the greatest atrocities committed against the populace because resistance to the totalitarian regime has been crushed. The people are defenseless and demoralized. Nothing stands between the regime and its victims. This stage involves mass killings as the regime liquidates any remaining enemies while seeking to control every detail of citizens’ lives.

During the latter stages of the French Revolution, the Committee of Public Safety received dictatorial powers to defeat anyone who opposed the revolutionary government. During 1793–1794, the CPS eliminated rival revolutionary groups before passing a law that suspended citizens’ rights to a public trial or legal assistance and gave the jury only two options, acquittal or death. The result was horrifying: throughout France, 300,000 suspects were arrested, 17,000 were executed, and about 10,000 died in prison or without trial.

But it was nothing compared to the Red Terror and Joseph Stalin’s purges. The party used the attempted assassination of Lenin as justification for intense persecution of its enemies. Tens of thousands of people became victims, as discussed in Richard Pipes’s “The Russian Revolution.” But Lenin’s handiwork was only a precursor to Stalin’s “purges” of political enemies. Historians are divided on just how many people Stalin killed, but estimates reach as high as 60 million.

Estimates of the people killed by Hitler and his Nazi Party vary as well. According to the United States Holocaust Memorial Museum, the figure stands at 17 million, but only God knows for certain.

So is the United States headed for totalitarianism? Here we move from facts to speculation—a risky business. The answer is not straightforward. But if we are careful to avoid exaggeration, some useful comparisons can be made:

One final point must be made. Though troubling similarities exist between the trajectory of the United States and the historical examples of totalitarianism outlined above, we must avoid both the extremes of an alarmist fatalism and a starry-eyed state of denial. On the one hand, the events of the past few years in our country are grim. On the other, history does not work like a machine, and many factors are at play here. I do not claim to know the future, and I do not believe in historical determinism. In the end, whether the United States is headed for totalitarianism or not is largely up to us and whether or not we resist these trends.

Walker Larson
Follow
Walker Larson teaches literature and history at a private academy in Wisconsin, where he resides with his wife. He holds a Master's in English Literature and Language, and his writing has appeared in The Hemingway Review, Intellectual Takeout, and his Substack, “TheHazelnut.”