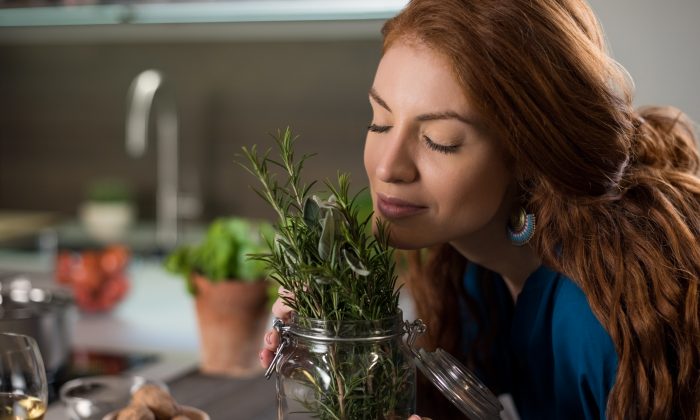 The 5 Best Herbs to Soothe Your Nerves

Forget frazzled nerves, anxiety, restlessness, nerve-related headaches and pain. Herbs really shine when it comes to soothing nerves.  Here are five of my picks for the best nerve-soothing herbs:

Feverfew for Migraines and Headaches

This delicate flowering plant contains potent medicine, particularly when it comes to soothing the nervous system. Perhaps that is why it has been in use for over two thousand years, when Greek physician Dioscorides recommended feverfew for inflammation. Since then we’ve learned a lot about feverfew’s many other healing properties and its effects on the nervous system.

Feverfew is an excellent headache and migraine remedy. If you’ve taken it when you’ve had a migraine and found that it didn’t work for you rest assured that it will work when used correctly. Feverfew doesn’t work in the same way as headache and migraine drugs—at the first sign of pain. Rather, the best way to take feverfew is daily over the course of a month to prevent headaches and migraines the following month. Research published in the Cochrane Database of Systematic Reviews concluded that feverfew can reduce the prevalence of migraines.

If you’re suffering from neuropathy pain, which is a general term to describe disorders of the nervous system that cause pain, weakness and numbness, you’ll be happy to learn that feverfew has been found effective for this set of conditions. In a study published in the journal Phytomedicine, researchers found that feverfew was as effective as the drug gapapentin (an anti-epileptic drug used in the treatment of neuropathic pain). Steep one teaspoon of the dried herb (leaves, flowers, and stems) in one cup of boiled water for 10 minutes. Drink three cups daily.

Nettles, or stinging nettles, as the plant is also called due to its fine hairs that impart a stinging sensation, have been found to interfere with pain signals transmitted through the nervous system, thereby reducing seemingly unrelated types of pain. In a study of nettles on osteoarthritis pain, researchers found that nettles reduced pain linked to the disease. Study participants also found that they needed fewer anti-inflammatory pharmaceutical drugs while taking nettles. Of course, you should consult your physician prior to reducing prescriptions. Dried nettles can be made into tea or added to soups and stews.

While sage is increasingly known for its brain health and memory-boosting effects, this potent herb also plays a critical role in balancing moods. It appears to work by inhibiting an enzyme that breaks down the essential brain hormone known as acetylcholine. Acetylcholine is needed for mood regulation as well as many other brain and bodily functions. Drinking a few cups of sage tea on a daily basis may be just what you need to soothe your nerves and ease stress. Avoid using sage if you suffer from migraines.

While there are many excellent studies proving the effectiveness of St. John’s Wort against depression, few people realize that this lovely flowering herb can be used as a natural antianxiety medicine. Research published in the journal Phytotherapy Research found that the herb was effective in the treatment of anxiety. Use one teaspoon of dried flowers from this plant steeped in one cup of boiled water and drink three times daily to take advantage of St. John’s Wort’s antianxiety effects. Alternatively, take a tincture and follow package directions.

Valerian for Restlessness, Hyperactivity and Anxiety

Valerian root has long been used for its antianxiety effects. Newer research shows that its potent antianxiety effects may be attributed at least in part to the compound valerenic acid. Other research shows that this powerful natural medicine taken in combination with lemon balm was helpful to reduce restlessness, hyperactivity and impulsiveness in elementary school children after seven weeks of treatment with the herbs. Valerian is best taken in tincture format. Follow package instructions. For children use an alcohol-free extract known as a glycerite.

Consult your physician prior to using these herbs if you are suffering from any serious health condition or taking any pharmaceutical drugs.

This article was originally published on www.Care.com. Read the original here.