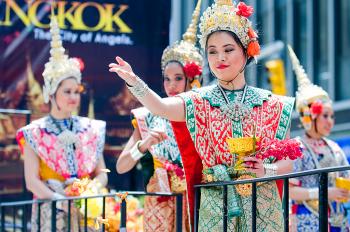 biggersmaller
Print
Increasing violence is feared as Thai red shirt protesters stepped up their protests again on Sunday as Thai Prime Minister Abhisit Vejjajiva refused the red shirts’ demand to dissolve the Thai government in 30 days. Abhisit says he will not consider elections until the situation in the country has normalized, according to the Bangkok Post.

Abhisit also said that he will revise Thailand’s economic income estimate as the nearly seven weeks of protests have caused tourism to dwindle and forced downtown Bangkok shops to close down.