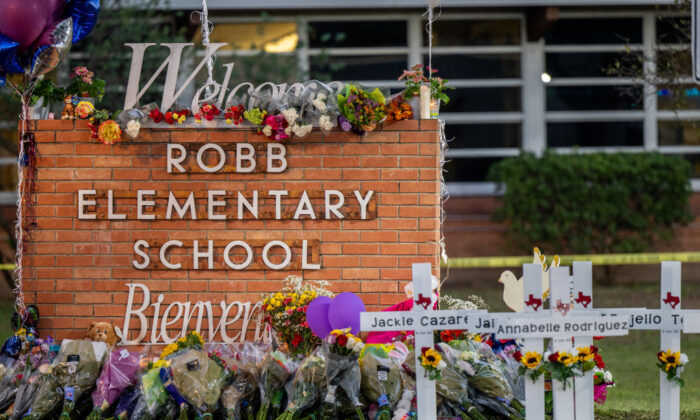 A 10-year-old patient who was hospitalized as a result of the Robb Elementary shooting has been discharged from the hospital.

On the morning of May 27, the girl was been discharged from the University Hospital-University Health at San Antonio, a spokesperson at the hospital told The Epoch Times.

The girl was one of four patients who were transported to the University Hospital after an 18-year-old man shot and killed 19 students and two teachers at Robb Elementary in Uvalde, Texas, on May 24. When she arrived at the hospital on May 24, she was in “good condition,” according to University Health’s Twitter feed.

Ronaldo Reyes, the grandfather of the deceased shooter, told Fox News on May 26 that the 66-year-old woman is his wife, who was shot by the shooter before the shooter headed to Robb Elementary.

The hospital spokesperson told NTD Television that the grandmother remains in serious condition as of the morning of May 27.

In a separate interview with the New York Post, Reyes said the shooter stormed out following a dispute with his grandmother, Celia Martinez Gonzales, at their home on Diaz Street.