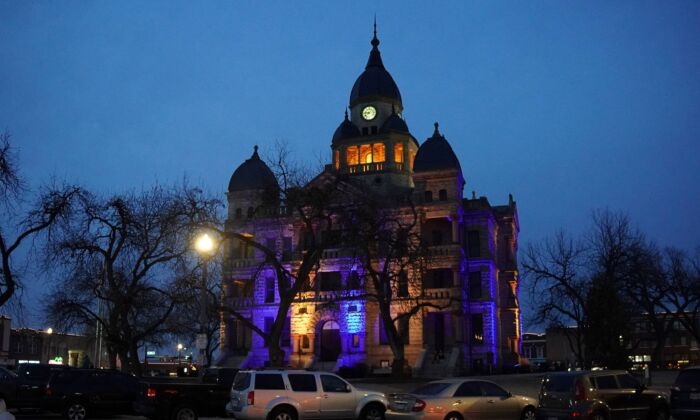 In the much anticipated first primary of the 2022 election cycle in one of the nation’s most populated states, the platforms of both parties are being decided by a small percentage of voters.

Historically, primary elections in Texas have not seen a strong turnout in recent years and the March 1 primary continued that trend.

Counts show that more than 80 percent of registered voters in Texas did not make their voices heard.

Just 17 to 18 percent of about 17 million registered Texas voters cast ballots, according to results posted by the Texas Secretary of State.

Less than two million Texas primary voting Republicans in a state of 29 million are steering a state where many Republicans rule. But not all Republicans agree on the direction Texas should take in the near future.

“I can’t see re-electing Abbott after how he shut down the state for so long [during COVID-19] and hurt business the way he did,” said Republican Steven Moitz, 22, who was campaigning at a poll on election day.

At a Republican voting site at the North Texas Fairgrounds, “about five people an hour” were arriving to vote, said Moitz, who is the President of the Young Conservatives of Texas at the University of North Texas.

“It hasn’t been that busy,” he said. “Hopefully, it will pick up as the day goes on.”

But the state-wide pulse of the primary was barely visible at the end of the day, and some races in the Republican primary were close as a result.

The race was decided by 102 votes. At stake was Hopper’s new, and tougher he said, direction on the U.S. border.

On the voter guides Moitz was handing out was the selection for Hopper and Dan Huffines for governor.

Challengers Don Huffine and Allen B. West received 11.98 and 12.28 percent, respectively, in a weak primary turnout.

O’Rourke trounced his primary challengers with 93 percent of the vote, but only 1,057, 637 votes were cast in the Democratic primary for governor.

On primary day at a Republican voting site at Hill City Church in Denton, The Epoch Times saw no one entering the building from 8 a.m. to 9 a.m. to vote.

The turnout was low across the board in the Dallas, Fort Worth, Denton “Golden Triangle,” as well.

In Dallas County, 15.3 percent of registered voters turned out, with much of the same in nearby Tarrant County.

The largest county in Texas, Harris, had a meager showing of only approximately 13 percent of voters casting ballots.

Incumbent Republican Attorney General Ken Paxton was forced into a state-wide runoff election to be held May 24 when he got 42.74 percent of 1,910, 233 votes cast, short of the 50 percent needed to avoid the runoff.

His nearest challenger George P. Bush came in at 22.78 percent.

In the 2018 midterm primaries in Texas, less than 15 percent of voters cast ballots.

In the 2016 presidential contest between Donald Trump and Hillary Clinton, not even half of eligible Texans voted and was ranked among the lowest five U.S. states at the end of the voting scale.

But that changed in the 2020 election when early voting and voting by mail during the pandemic reached 66 percent of 17 million registered voters, the highest total of votes cast for a presidential election in Texas since 1992.

Democrat Kennan Keffir, 54, said, “It’s pathetic. Countries new to democracy have 70 or 80 percent turnouts. We, who pride ourselves on democracy, can’t get 20.”