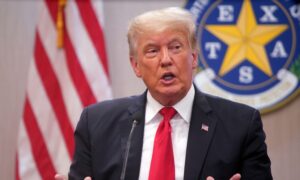 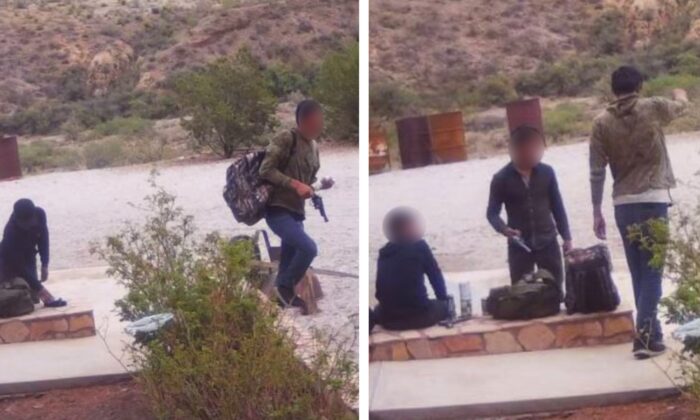 Three illegal immigrants were arrested by Sierra Blanca Border Patrol in Hudspeth County, Texas, on June 29 after allegedly breaking into a ranch house and stealing weapons along with other items. (Courtesy of U.S. Customs and Border Protection)
Immigration & Border Security

Texas Governor Greg Abbott on Thursday urged landowners along the border to report any damage that has been done by illegal immigrants who crossed the U.S.-Mexico border in recent months.

I strongly encourage Texas landowners along the border to report any personal property damages they incur due to unlawful immigration,” the governor said, “by completing the Self Reporting Damage Survey, our state will be equipped with the necessary data to continue addressing the ongoing crisis at our southern border and provide the support our landowners and communities need to stay safe and secure.”

The survey will not be a substitute for damage reports submitted to insurance companies, according to a statement from Abbott’s office. It’s available in both English and Spanish, his office added.

Border Patrol agents, meanwhile, arrested three illegal aliens this week who were armed with guns stolen from a Texas residence, according to a news release.

“Without hesitation, these agents responded to the ranch house and safely secured the location, the stolen weapons and the undocumented non-citizens,” Big Bend Sector Chief Patrol Agent Sean L. McGoffin s​aid in a statement​ Wednesday.

And Abbott’s announcement comes after Texas sheriffs have reported that illegal immigrants have intentionally damaged property along the border—something they haven’t done during past surges.

Coe said that property owners have reported fences being cut “because they’re hauling dope or small kids or something.”

“But we’ve never seen the intentional big four-by-four holes in the fence, or now, a 10-foot section just cut completely out. That’s really starting to bother me,” he added during an interview in mid-June.

“It’s all just out of spite, I think,” Coe said of the damage being wrought along the border.

Uvalde County Sheriff Ruben Nolasco noted that property owners and ranchers along the border are now being forced to carry firearms. In one instance, the sheriff said, a resident told him that he held an illegal alien at gunpoint, but the man wouldn’t back down.

“And [the resident] finally had to cock the hammer back and say, ‘Hey, you take a step further, then things are gonna change here,'” Nolasco told The Epoch Times. “That’s the last thing I want to hear—that we have a shooting, [that] we have somebody that had to kill somebody … I hope it never happens.”