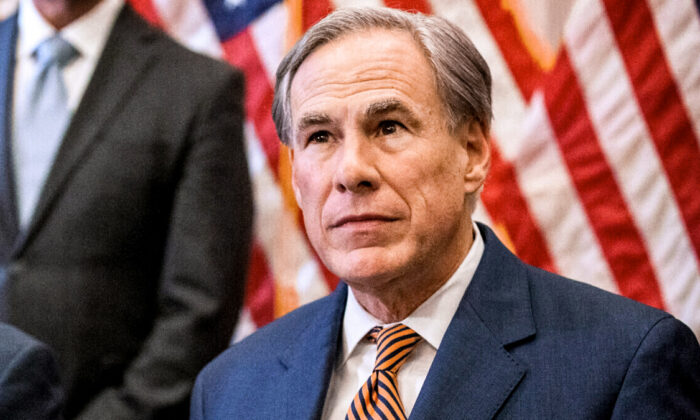 The governor of Texas on Monday signed a law that bars student athletes from playing on sports teams that do not match the sex listed on their birth certificate.

The bill is aimed at restoring rights granted to women under Title IX, its authors say.

Texas House Bill 25 (pdf) requires most interscholastic athletic teams from letting students compete in competitions “that is designated for the biological sex opposite to the student ’s biological sex as correctly stated on” their official birth certificate.

The bill “protects girls’ safety and their right to equal access to athletic opportunities,” state Rep. Valoree Swanson, one of its authors, said during a House session earlier this month.

The University Interscholastic League in 2016 passed a rule with widespread support requiring students compete on teams designated for their biological sexes as stated on their birth certificates. The bill codifies the rule while stating that certificates are only valid if they are from “at or near” the time of a student’s birth.

Critics claim that the legislation discriminates against students who believe they’re a different sex than their birth sex.

“Transgender and nonbinary youth are already at higher risk for poor mental health and suicide because of bullying, discrimination, and rejection. This misguided legislation will only make matters worse,” Amit Paley, CEO and executive director of The Trevor Project, said in a statement.

The bill was passed 76–61 in the state House and 19–12 in the state Senate. Abbott, a Republican, did not comment on Monday on the bill, the 10th such piece of legislation passed in the United States.

Last week, he said that the legislature “passed legislation to protect the integrity of Texas high school sports.”