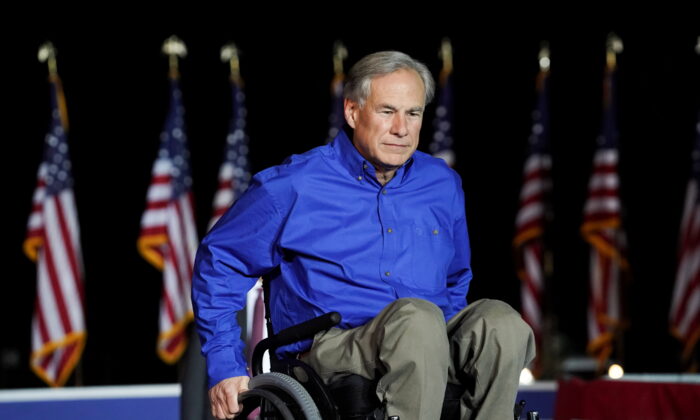 In recent days, Abbott has authorized sending seven buses with unlawful immigrants from his state to Washington.

“This busing process is going to continue. I want you and the audience to know exactly why we’re doing what we’re doing,” Abbott, a Republican, told Fox News on Monday night. “The Biden administration, they were dropping off illegal immigrants just [into] small towns on the border … we’re not going to allow that to happen.”

If the plan to send illegal immigrants to Washington falls through, Abbott added, “Delaware looks like a great location.”

His comment is similar to one made by Florida Gov. Ron DeSantis, also a Republican, several weeks ago when he said that his office would transport illegal immigrants from his state to Delaware. Biden owns a home in Delaware and was a U.S. senator representing the state for decades.

Abbott previously said he is attempting to highlight what he described as the Biden administration’s mismanagement of the U.S.-Mexico border after the White House confirmed it would allow the Title 42 health rule to expire next month.

Republicans and a growing number of Democrats have called on Biden to reinstate the health order, arguing that allowing it to expire would send a signal to illegal immigrants to come to the United States. The Customs and Border Protection confirmed this week that officials have made more than 1 million arrests since October of last year and made nearly 210,000 arrests along the border in March 2022.

Several Senate Democrats who are facing potentially tight 2022 races broke with the Biden administration and called on it to reimplement the rule.

“Right now, we have a crisis on our southern border. Right now, this administration does not have a plan. I warned them about this months ago,” Sen. Mark Kelly (D-Ariz.), who is up for reelection, told Fox News in a recent interview. “It’s going to be, to be honest, it’s going to be a crisis on top of a crisis.”

The office of Sen. Raphael Warnock (D-Ga.), also facing a close race in 2022, stated that he “does not support lifting Title 42 at this time” and instead “believes in protecting the humanity of migrants at the border, but before this policy is rescinded, the Administration should present a plan for how it will ensure our border security.”

“I think it’s pretty clear this is a publicity stunt,” she told reporters. “His own office admits that a migrant would need to voluntarily be transported, and he can’t compel them to because, again, enforcement of our country’s immigration laws lies with the federal government, not a state.”