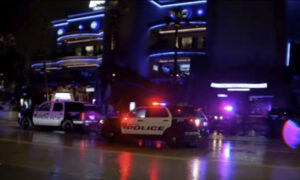 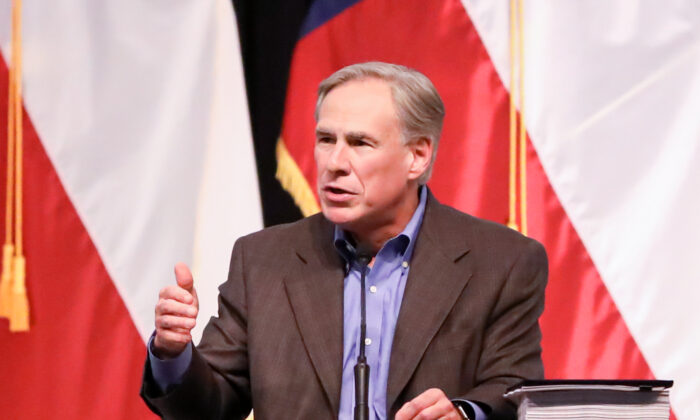 Abbott, who called for the special legislative session, suggested in an interview on July 11 that voting reform is a priority for him. The lawmakers were called back after Democrats blocked a Republican-backed election reform package from advancing by leaving the state Capitol building on May 30.

“Even Democrats in the Texas House of Representatives … agree that as it concerns mail-in ballots, that is an area where improving the mail-in ballot system is a way to achieve greater election integrity,” Abbott told Fox News on July 11. “So what Texas is doing is we’re making it easier to vote by adding more hours in early voting than we have in current law, but also making it harder to cheat with regard to mail-in ballots.”

The state Senate in May approved a sweeping election reform bill, which passed along party lines, that would provide more power to poll watchers, create new penalties for election workers who restrict poll watchers, and would allow a judge to void the outcome of an election if the number of fraudulent ballots cast changes the result of the election.

During the Fox interview, Abbott, a Republican, was asked about potentially passing a bill that bars drive-thru voting, which was commonplace during the 2020 election in Harris County.

Drive-thru voting “violates the fundamentals of … the way that voting integrity has always been achieved and that is the sanctity of the ballot box,” he said.

“If you do drive-thru voting, are you going to have people in the car with you? It could be somebody from your employer or somebody else they may have some coercive effect on the way that you would cast your ballot, which is contrary to you going into the ballot box, alone and no one there watching over your shoulder.”

In previous public statements, Abbott said that he wants the state Legislature to send him a bill that would potentially prohibit the Marxist-inspired critical race theory—or similar ideologies—from being taught in classrooms or in government training. In June, the governor signed a measure that bars the teaching of certain ideas related to race in public schools.

Transgender athletes and schools sports may also be up for debate during the special Legislative session.