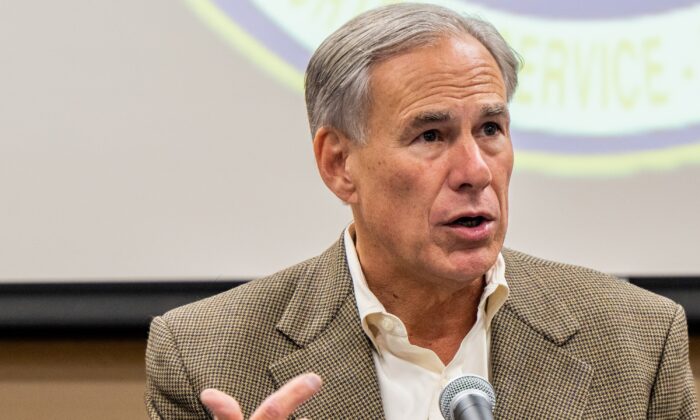 Texas has now sent around 300 buses of immigrants to predominantly Democrat-run areas of the country in an effort to deal with an influx of illegal aliens at the southern border.

“The 300th Texas bus of migrants just left for Chicago,” the Republican governor wrote. “As [President Joe] Biden does nothing, Texas will continue taking unprecedented action to relieve our overwhelmed border communities & secure the border.”

A statement from Abbott’s office on Nov. 4 said that Texas has bused almost 8,300 illegal immigrants to Washington, D.C. since April, over 3,500 to New York City since Aug. 5, and more than 1,100 to Chicago since Aug. 31 as part of its effort to secure the border.

The governor’s office says the busing mission is “providing much-needed relief to our overwhelmed border communities.”

Abbott and other Republicans have criticized Biden’s open border policies for creating a crisis that has seen record-breaking numbers of illegal immigrants attempting to enter the United States.

Record Number of Arrests at Border

Roughly 4.9 million people have illegally crossed into the United States from Mexico since Biden took office in January 2021, according to a report released in August.

Meanwhile, more than 2.3 million illegal immigrants were arrested at the southern border during fiscal year 2022, according to data from U.S. Customs and Border Protection published in September (pdf), the highest number ever recorded.

The uptick in illegal immigrants has also seen cartels bringing the deadly drug fentanyl across the border in record amounts.

However Democratic lawmakers have taken aim at Abbott’s busing program, and have accused Republicans of “human trafficking” the immigrants.

District of Columbia Attorney General Karl Racine has launched an investigation into whether Abbott and other GOP governors are misleading illegal immigrants into transporting them to places like Washington, Chicago, and New York.

According to a report by ProPublica and The Texas Tribune, Racine said that his investigators interviewed immigrants who “talked persuasively about being misled, with talk about promised services” by trip organizers before boarding buses to other states. Racine did not provide further information about the probe.

Abbott has defended the move to bus the immigrants out-of-state and said he was forced to take unprecedented action to keep Texas communities safe.

Meanwhile, states such as New York and Washington have been struggling to accommodate the influx of immigrants, with the former having to open up emergency hotels to deal with the increased number of immigrants.