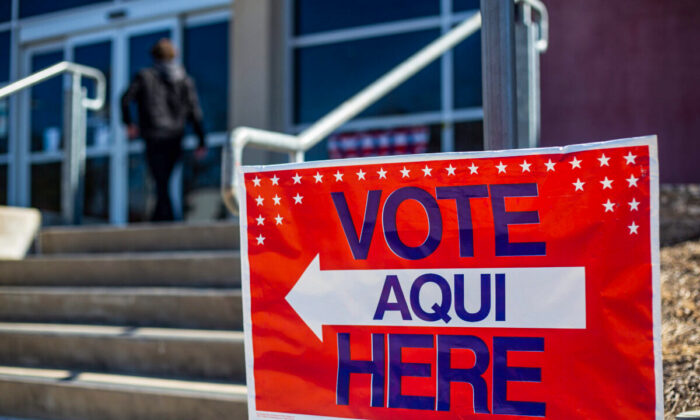 The Harris County elections commissioner is resigning after 10,000 uncounted ballots for last week’s primary were discovered, according to an announcement posted online on Monday.

“Today I am submitting my resignation, effective July 1,” Isabel Longoria said in the announcement. “I think this date ensures that there is a presiding officer during the May and June elections and allows the election commission the time they need to find a replacement. I remain committed to the office and its mission and hope to aid in defeating harmful rhetoric to ensure successful elections in the future.”

It’s not clear exactly why Longoria was resigning. The Harris County Republican Party in Texas recently filed a lawsuit against the commissioner after the 10,000 uncounted ballots were discovered.

There were other issues with the primary election, including staffing problems, equipment issues, and longer-than-usual lines, according to local reports.

“The buck stops with me to address issues for voters and I did not meet my own standard or the standard set by commissioners,” Longoria said Monday.

Before Longoria’s statement, Harris County Judge Lina Hidalgo said she had spoken with the commissioner about a “change in leadership,” Hidalgo told a Commissioners Court meeting last week.

It came days after the Harris County Elections Office said that some 6,000 Democratic votes and 4,000 Republican votes weren’t counted and will be added to final tallies for last week’s primary.

“While the votes were scanned into our tabulation computer, they were not transferred and counted as a part of the unofficial final results as they should have been,” the Harris County Elections Office said in a statement, blaming an “oversight” for why the votes weren’t counted in the county, which is home to Houston.

March 1’s primary was the first Texas election that took place in the state under newer, tighter voting laws that were passed last year. Outside of Harris County, thousands of mail-in ballots were rejected across the state for not having new required information.

On Monday, the Harris County Republican Party filed a lawsuit against Longoria and the elections office for committing the “worst elections fiasco in Texas history” after the ballots were found, uncounted.

In an accompanying statement, the GOP described the incident as “another example of the serious mismanagement of Lina Hidalgo’s unqualified Elections Administrator.”

Even the Democratic Party of Harris County released a statement calling for an investigation.

“We called for a post-election review of all processes—there has not been any skirting of party responsibility, and we have been completely transparent in our desire to dig into the details of what went wrong and identify how to make corrections moving forward,” Harris County Democratic Party Chair Odus Evbagharu remarked.

The Epoch Times has contacted the Harris County Elections Division for comment.