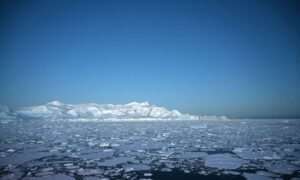 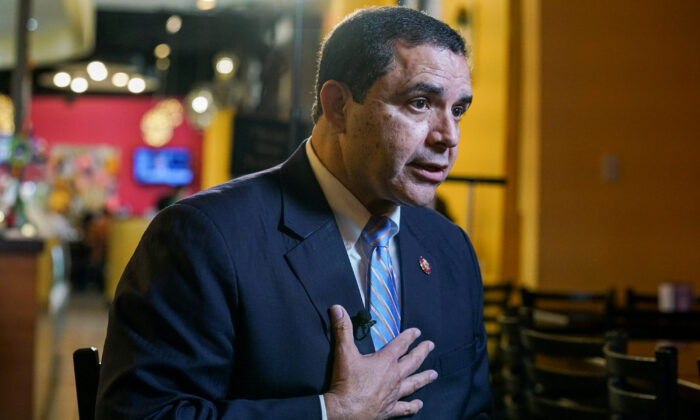 A Texas Democrat who has been critical of the White House’s handling of the border crisis on Thursday called for President Joe Biden and Vice President Kamala Harris to visit the southern border in earnest, saying they should “come in and, with all due respect, not do a staged visit.”

Rep. Henry Cuellar (D-Texas) made the remarks in an interview on MSNBC, in which he struck a similar tone as when he said in May that the Biden administration was too fixated on the optics of its response to the border surge and was playing a “shell game” by shifting unaccompanied minors “from one tent to another” rather than actually addressing the underlying problem.

Cuellar urged Biden and Harris to make the trip to the southern border and hold discussions with local leaders to better understand the surge in illegal immigration.

The Texas lawmaker’s remarks came as U.S. Customs and Border Protection (CPB) reported it had apprehended 180,034 individuals illegally entering the United States in May, the highest monthly tally in 21 years. Asked to comment on the numbers, Cuellar said, “the incentives are there for smugglers to keep trying to get people over here—they make six to eight thousand dollars per person,” while reiterating a point he made in earlier interviews that both “push” and “pull” factors need to be addressed to resolve the problem.

The pull factors refer to border and immigration policies, which if they are lax, tend to encourage illegal immigration. The push factors refer to conditions such as crime, corruption, and lack of economic opportunity, that drive people in Central America from their homes. Cuellar has said in previous interviews that Democrats tend to focus on the push factors, often talking about addressing the “root causes” of migration, while Republicans typically concentrate on the pull factors, such as tightening border security and tougher messaging on illegal immigration.

Cuellar’s message for Biden and Harris comes just days after the Vice President visited Mexico and Guatemala, where she downplayed visiting the border as essentially a meaningless “grand gesture.”

“You can’t say you care about the border without caring about the root causes,” Harris told reporters in Mexico City on Tuesday, while questioning the utility of visiting the border by saying, “I don’t think that anybody thinks that that would be the solution.”

“When I’m in Guatemala dealing with root causes, I think we should have a conversation about what’s going on in Guatemala,” Harris added.

Harris faced blowback for her comments, with her “grand gesture” remark drawing a swift response from Rep. Tony Gonzales (R-Texas), who in a Tuesday tweet said, “Visiting our border is NOT a grand gesture. It means seeing communities that are hurting because of the White House’s absentee leadership.”

“At some point, she may go to the border,” Psaki said, adding, “I don’t have any trips to preview for you or predict or a timeline for that.”

“Her assignment was to work with countries and leaders in the Northern Triangle [Guatemala, Honduras, and El Salvador] to address root causes, address corruption, [and] ensure we’re working together to address humanitarian concerns,” she added.

“We’re not taking our guidance and advice from them,” Psaki said. “But if it is constructive and it moves the ball forward for her to visit the border, she certainly may do that.”