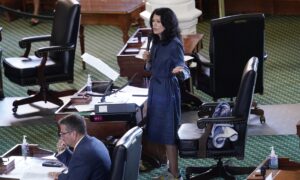 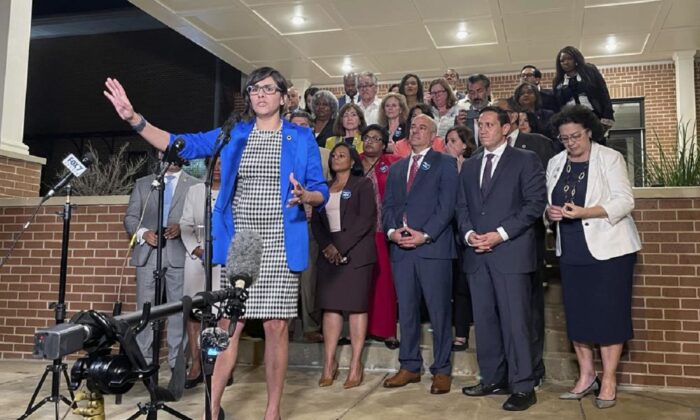 Texas Democrat Confirms She Went to Portugal After Fleeing State

A Texas Democrat has confirmed she went to Portugal while colleagues were either trying to pass election reform bills or in Washington publicly opposing that effort.

Most Texas House Democrats fled the state last month to deny Republicans in the state’s lower chamber quorum. They did so to try to stop election reform bills from being passed.

Virtually all of the Democrats went to Washington, including state Rep. Jessica Gonzalez. But she later traveled to Portugal, she confirmed for the first time on Tuesday.

Gonzalez said she went overseas to get married.

“We all say family comes first. That value should apply to all families, including mine. I made the decision not to share where I was so that my wife and I could get married in privacy,” Gonzalez told the Dallas Morning News. “I wanted us to have this special day, surrounded by a few of our friends and loved ones.”

Her wife, Angela Hale, is a registered lobbyist for Equality Texas, an organization that advocates for the LGBT.

Reports of Gonzalez and another Texas House Democrat, state Rep. Julie Johnson, going to Portugal emerged earlier this month, but neither lawmaker would confirm or deny the trip.

“No one has shown proof,” Gonzalez said at the time.

The offices of Gonzalez and Johnson did not pick up the phone on Wednesday or immediately return voicemails.

State Rep. Victoria Neave, another Democrat, also left Washington in early August to get married. It’s not clear where she went.

The Texas Supreme Court on Tuesday ruled that the lawmakers can be arrested, clarifying an ongoing situation that has yet to be resolved.

“The Texas Constitution empowers the House to ‘compel the attendance of absent members’ and authorizes the House to do so ‘in such manner and under such penalties as [the] House may provide,’” the state’s highest court said. “Neither the passage of time nor the passions of a hotly contested legislative dispute can change what it means.”