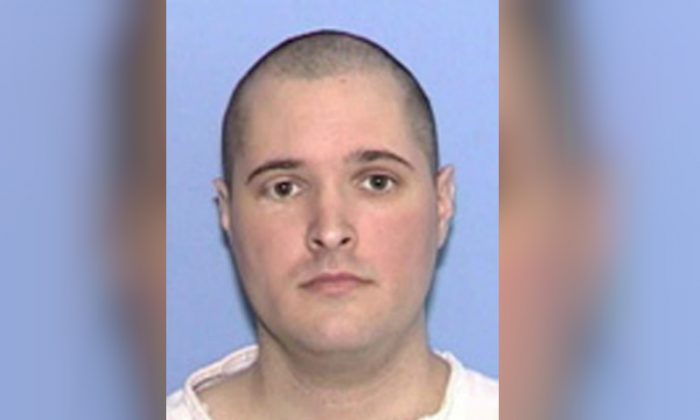 AUSTIN, Texas—Texas Governor Greg Abbott commuted the death sentence of a convicted murderer less than an hour before he was set to be executed on Thursday, after the death row inmate’s family begged for mercy and won a rare clemency recommendation.

Florida executed a man convicted of the 1993 rape and murder of a college student, the state’s Department of Corrections said. Alabama halted its planned execution on Thursday of a convicted murderer who has spent more than three decades on death row after his lawyers warned his failing health left him with veins that were unusable for a lethal injection.

In Texas, Thomas Whitaker, 38, was convicted of masterminding a 2003 plot against his family in which his mother Tricia, 51, and brother Kevin, 19, were killed. His father Kent was shot in the chest but survived.

Kent Whitaker, a devout Christian and retired executive, said he had forgiven his son and that his family did not want him to be executed. The father said in a clemency petition it was his right as a victim to seek mercy and it would make his pain worse if the death penalty were implemented.

The Texas Board of Pardons and Paroles recommended clemency in a unanimous decision on Tuesday based largely on the father’s request.

Abbott, a Republican, commuted the sentence to life in prison without the possibility of parole, saying various factors influenced his decision, including the father’s wishes and the board’s recommendation.

Thomas Whitaker said: “I’m thankful for this decision, not for me but for my dad.”

“Whatever punishment I might have received or will receive will be just. I deserve any punishment for my crimes but my dad did nothing wrong,” he was quoted as saying by the Texas Department of Criminal Justice.

Florida executed Eric Branch, 47, by lethal injection for the 1993 murder of University of West Florida student Susan Morris, the Department of Corrections said. His execution was the fourth this year in the United States, with the previous three in Texas.

Alabama planned to execute Doyle Hamm, 61, at 6 p.m. (midnight GMT) for the 1987 murder of motel clerk Patrick Cunningham. It was delayed for a few hours for the U.S. Supreme Court to consider an appeal and eventually called off because the state “had insufficient time to prepare the inmate,” prisons spokesman Bob Horton said.

In legal filings, lawyers for Hamm said he has terminal lymphatic cancer, untreated carcinoma and severely compromised veins. They said Alabama was crafting a specialized protocol for the execution that was being rushed through, increasing the chances the procedure will be botched.

The state responded that it knew what it was doing and could handle the lethal injection. It has not provided further details on why it halted the execution.