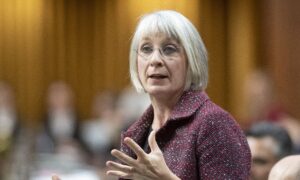 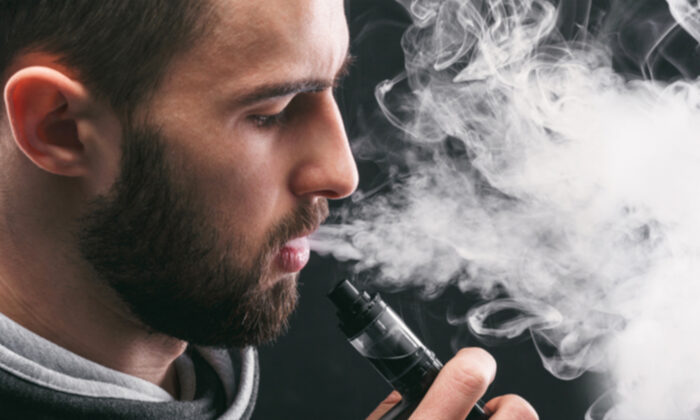 How could an otherwise healthy teenager have a lung scan that resembles that of a “60-year-old, two-pack-a-day smoker”? The tragic answer speaks volumes about the vaping epidemic sweeping the youth of America.

Anthony Mayo, of Erie, Pennsylvania, looks like any other American teenager. He played on the football team for Iroquois High School, had hopes of joining the military, and could be seen all dressed up with his prom date on his proud mom’s Facebook page.

But the young man was submitted to the Millcreek Hospital after suffering a terrifying drop in oxygen levels and debilitating coughing. His dad, Keith Mayo, told WJET, “He might have scarred lungs, he might not be able to join the military now […] We don’t know what is going to happen to him.”

Anthony Mayo had been vaping for about two years, his dad, Keith, told Metro US. The teen was one of those who fell into the habit due to peer pressure, the “kid-friendly” vaping flavors, such as “Swedish fish” and “Cinnamon Toast Crunch,” and the belief that the habit wasn’t anything like smoking cigarettes.

He also admitted to mixing and combining nicotine vapes with THC versions. “I was using juules and enjoyce which are nicotine and I was also like vaped off the THC carts, I used both at the same time,” Mayo told Erie News Now.

According to Centers for Disease Control and Prevention, out of 514 vape-related patients, 77 percent reported using THC, while only 16 percent said they only used nicotine.

“His whole spin on it was it was cool and not that bad for you,” Keith explains. “I was just as guilty. I went along with it. I never got into it, but I didn’t also prevent it either.”

When Anthony first arrived at the hospital, neither he nor the doctors knew what the real cause of the coughing was. Doctors thought it was just a case of bronchitis and sent the young man home with antibiotics. Anthony was back as soon as his symptoms worsened.

As awareness of the hazards of vaping is still emerging, as pulmonary specialist Anand Popuri told WJET, “About a third of patients that are having this vaping-induced pneumonitis are getting sent home. Then they come back five days later so much more sick.”

After Anthony was admitted to the ICU, his mom, Tanya Mayo, wrote on Facebook:

“This is what vaping looks like when your otherwise healthy 19 year old son is admitted into the ICU. Left lung is about 80% congested and right is about 50%, O2 level was 37! […]

“The pulmonary doctor said he had seen dead people with a higher O2 level!”

To put this into perspective, Healthline notes: “Normally, a PaO2 reading below 80 mm Hg or a pulse ox (SpO2) below 95 percent is considered low.”

Keith recounted a terrifying analogy the doctor used to describe the diagnosis: “‘Well, this flavored oil in vapes is your bacon grease. The lungs are your kitchen. Unfortunately you can’t just go in and wipe everything down. It builds up until (like my son) it chokes off the air flow.’”

The doctors ended up putting the teen on oxygen with a small amount of moisture to help him clear the gunked-up lungs. Dad Keith explained to Metro US, “[T]he first couple days he has been coughing and it was blood-tinged, now it’s just brown, dark dark green.”

Thankfully, Anthony’s condition has since improved. The family asked their friend and former cameraman for local news station WJET, Michael Gallagher, to do a short interview with Anthony, which was posted on Gallagher’s Facebook page. The interview shows the teen lying in his hospital bed connected to oxygen tubes.

Don’t leave it too late to give up smoking—watch this and quit today!