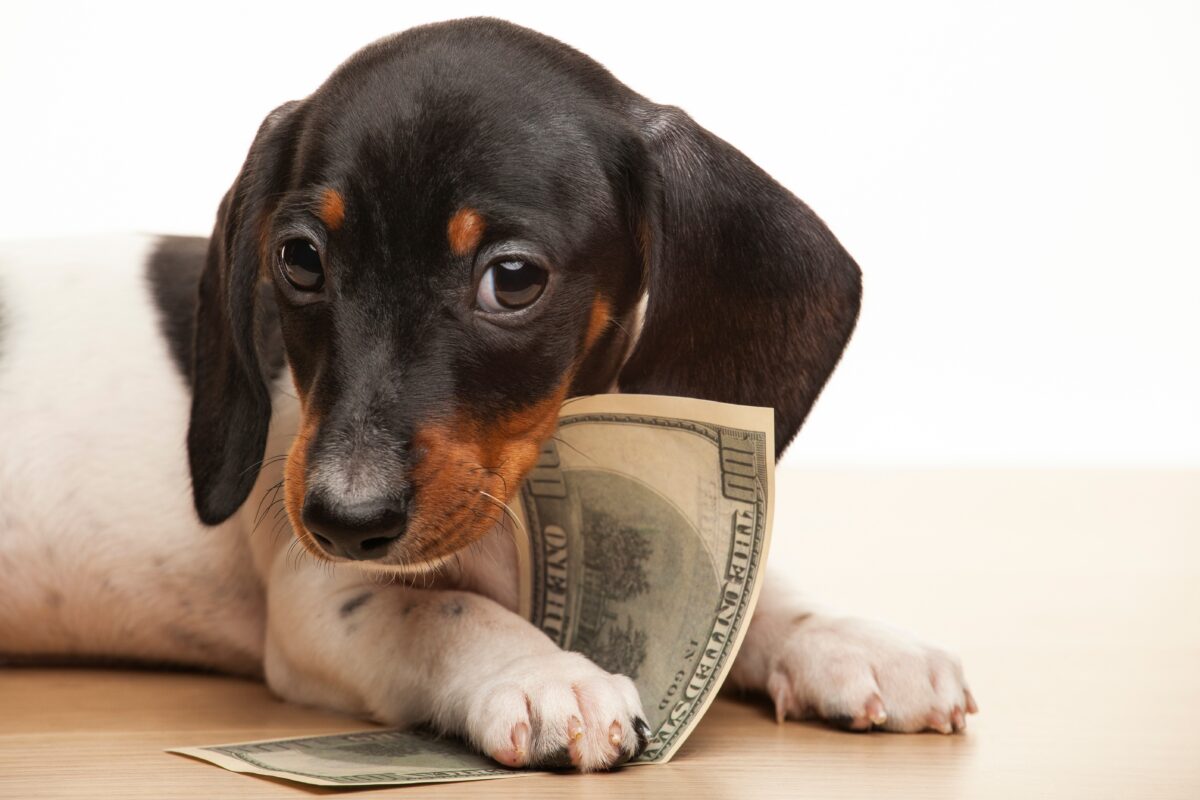 Terrible Things People Do for Money: What You Need to Learn

You can laugh if you want. But, growing up, I was into professional wrestling. It was something that my dad was a fan of. So, naturally, this is what we did to bond.

Anyway, there was this wrestler named Ted DiBiase whose gimmick was “The Million Dollar” man. And, he had an amazing catchphrase; “Everybody’s got a price.”

For some of us. That actually might be true.

Terrible Things People Do for Money

A survey of 1,000 conducted by OnePoll.com found that 6 percent of people would commit murder for $1 billion. Treason, armed robbery, mugging with a weapon, or assisting in suicide are some of the crimes committed by one in ten people.

What about a million bucks? In addition to credit card fraud, one in ten would smuggle drugs over the border or even star in an amateur pornographic video. In exchange for $100,000,000, a quarter of people would steal a bike, forge a signature, lie to police and donate sperm or eggs without their partner’s knowledge. Meanwhile, a demented one in ten would kick a kitten or puppy. And, that same figure would take performance-enhancing drugs to win a sporting event or beat up a stranger.

For $100,000? 25 percent of people would steal a street sign. It’s also enough for one in five people to forge a signature or take from a restaurant or hotel. One in ten say they would enter into a sham marriage, perform a sexual act on a stranger, falsify tax returns, or snatch a purse for the same amount.

In exchange for $10,000, one in five will steal a street sign, shoplift or flash a stranger. On the other hand, one out of ten people would lie under oath, steal a bike or spend counterfeit cash for the same price.

What would people do for a thousand bucks? 15 percent of people were willing to shoplift or bet on a fixed sporting event.

Why Do Good People Do Bad Things?

Some people may not have much in terms of a moral compass. I would actually think that most of us are the opposite. Committing a heinous crime not only cheapens life. What’s more, there are additional costs that far outweigh the monetary value.

For serious crimes, you have legal expenses, as well as the probability of going to prison. Also, even if you aren’t charged with a crime, that money can be seized.

And, let’s be real here. Would really trust someone to offer you a large sum of money to commit a crime? There’s a good chance it’s a scam or set it up, such as the fake website Rent-A-Hitman. Even if the offer was real, that’s definitely someone you do not want to associate with.

Still, even decent and law-abiding citizens may do bad things.

Researchers from the University of Utah and Harvard found that even the prospect of money encourages unethical behavior.

“Were were interested in why good people would do bad behavior,” Kristin Smith-Crowe, a management professor and co-author of the study told CNBC.

“We certainly found that the love of money is corrupting and just the mere exposure to it makes people do bad things,” Smith-Crowe said.

“The study didn’t ask people to do horrible acts, there were more mundane like stealing office supplies,” Smith-Crowe added. For example, taking home a ream of paper from work when your printer at home is empty.

The Worst Ways to Make Money

So, with all that being said, that got me thinking. What are the worst ways to make money? And, no. I’m not talking about unspeakable acts like murder or hurting an animal. My focus is on seemingly legit, yet risky, illegal, dangerous, and unprofitable ways to make some extra cash. These are still, in my book, terrible things people do for money.

There is no shortage of online surveys. With some surveys, you’re asked your opinion on current events or to perform an act of kindness. Most often, however, surveys want your feedback on a product or service.

However, whenever you see a survey that promises decent money in hardly any time, buyer beware. While these surveys do pay, the cost is minimal. I’m taking from a couple of cents to a couple of dollars. Is it really worth your time to make that little amount of money?

A better option would be picking up a second job, even if it’s a minimum wage job you do on the weekend. If that’s not an option, consider a focus group or qualitative research study if you want a well-paying survey.

I should also add that online surveys aren’t the worst idea for certain demographics. For example, a stay-at-parent could do these surveys while their kid(s) are napping.

“Paid medical testing is neither a scam nor a low-reward opportunity; it’s possible to make actual money if you devote yourself to being a full-time pincushion for science,” writes Jon Skindzier for Ask Men. “No, this idea comes with its own unique set of drawbacks like vomiting, chills, seizure, death—stuff like that.”

“Six subjects in London, for example, suffered organ damage and life-threatening complications while testing an arthritis treatment in 2006,” he adds. “The real question isn’t whether or not you can make money this way; it’s how much bodily harm you’re willing to risk in the process.”

Staying in the “ick” zone, this is also true of selling bodily fluids. Processes are long, complex, and time-consuming, but the pay is low.

It’s possible for women to sell their eggs too. In addition to taking up time, this procedure can also be rather painful since fertility shots are often necessary. It is true that donations are not a dependable way of making money, and very often they are restricted by time constraints.

Next on our list of terrible things people do for money is MLM. If you haven’t personally been invited, I guarantee someone you know has been. Invited to what? Those “parties” where a friend or acquaintance is selling essential oils, pet care products, jewelry, children’s books, etc.

It turns out, that this is a MLM program.

As the FTC notes, “Most people who join legitimate MLMs make little or no money. Some of them lose money. In some cases, people believe they’ve joined a legitimate MLM, but it turns out to be an illegal pyramid scheme that steals everything they invest and leaves them deeply in debt.”

The FTC has also reported that 99 percent of people who take part in multiple-level marketing lose money. Why? Because MLM companies require their members to purchase products in advance with the hope of reselling them at a profit.

While there are some legit MLMs, Avon springs to mind, if you aren’t a salesperson or have the upfront costs you might want to consider alternatives. Freelancing, affiliate marketing, or drop shipping might be some viable options that are better suited to your budget and/or skills.

The majority of bloggers earn their living from advertising, affiliate sales, and more. Click-bait links, those that lead nowhere, to the wrong site, or make your browser a mess, aren’t sold or bought by them. Overall, there is little money to be made from these bottom-feeding methods.

How can you make money from a blog then? Partner with trusted affiliate programs such as ClickBank, ShareASale, or Commission. From there, you can set up ads with Google AdSense.

Those fake links will eventually get noticed by your readers, and they will stop reading your articles.

We’ve all seen them on the sidewalks holding signs advertising particular businesses. No matter the weather, at least one is always trying to attract customers. Because you are required to stand all day long, the job is extremely tiring as well.

Additionally, the pay is usually low. And, the practice has been criticized for causing distractions among drivers.

If you’re looking for part-time or a side hustle, you might want to explore more fulfilling options. If you’re a dog person, then consider dog walking or sitting. Do you like cruising around town? Maybe deliver food or rideshare.

Unless you have a lot of experience in investing, day trading in the stock market is highly risky. As a new investor, you should stick with mutual funds until you gain more experience.

While it isn’t as exciting or profitable, at least you’ll be able to make money as you learn the ropes.

Many pirated electronic books or digital copies of Hollywood blockbusters can be found and downloaded online either for free or for a small fee. Sound appealing, right? After all, it’s cheaper than going to the theater or buying an original copy. And, these are major corporations that can take the hit.

Well, it’s not as harmless you may have assumed. In 2022, it’s expected that the movie and TV industry will lose $51.6 billion to online piracy. Additionally, piracy can land you in trouble with local, state, and national authorities as well as your Internet provider.

I know a couple of people who boast about the money they made gambling—either in-person or online. My first question? “Yeah, but how much did you lose to win that money?”

Trying to make money with gambling of any kind is always a bad move. In addition, online gambling is more accessible 24/7, making it easier to become addicted to it than in-person gambling. If not treated, you can literally lose everything.

If you have a gambling addiction, please got professional help. And, even if you don’t, look for other alternatives to make money where the societal and financial cost isn’t as high.

Online money-making offers that seem too good to be true probably are. The scammer capitalizes on your desperation to obtain your personal information so that they can steal your identity or use the money to set up a job for you. In cases where something seems fishy, such as poor spelling or grammar in an advertisement or on a website or a request for you to send money, you should be cautious.

That’s not to say that there aren’t legit work-from-home opportunities. In fact, here are 12 work-from-home jobs that will help you earn a million dollars in less than 10 years.

Once again, we are seeing an extremely time-consuming effort for very little result. In addition, lots of recycling must be done before profits can be made. It is usually necessary to obtain recyclables from others before profits can be made. It simply does not make sense to move and clean substantial quantities of items unless you have the storage space and means to accomplish this.

I can personally attest to this. I thought years ago that instead of just recycling my cans, why not make some money off of them. For months I crushed and stored cans until I had several big bags. I took them to the scrap yard and got like $20. It wasn’t even worth the gas going back and forth.

You have to know which opportunities are worthwhile and which ones aren’t if you’re looking to start a new side hustle or just make money online. Even though there are terrible things people do for money, you can find better alternatives to all these bad ideas on our list of 101 passive business and income ideas.