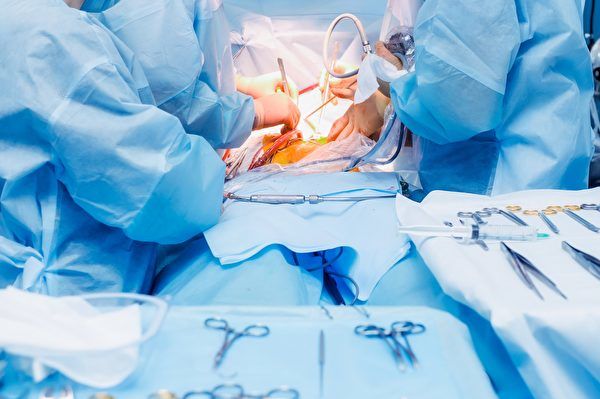 Patterns in the phenomenon of near death experiences
BY Health 1+1 TIMEJuly 6, 2022 PRINT

Anita Moorjani is a New York Times bestselling author, and she was also a terminal lymphoma patient. When she was dying, she had a near-death experience that people usually don’t go through.

At that time, Moorjani had been fighting lymphoma for four years and was terminally ill. The cancer had spread, and her body was covered in tumors, some as big as lemons. She was only 85 pounds and “looked like a skeleton with skin” as she put it.

On the morning of February 2, 2006, Moorjani fell into a coma, as her organs began to fail and shut down. Doctors informed her family and announced that she would only live for a few more hours.

During this time, something miraculous happened. Although Moorjani’s eyes were closed, and she was still in a coma, her consciousness suddenly woke up.

She described the scene, “I felt myself expanding out of my body and could see my own body in the hospital bed.” She was like an extremely lucid and omnipresent bystander, who could be everywhere and anywhere at the same time.

She felt that her soul had entered another world, and she believed it to be heaven. She saw many beings there welcoming her. It seemed that every being was immersed in God’s mercy and unconditional love, making her realize the preciousness and greatness of life itself. She traveled for a long time in this world unbounded by time or space, seeing the past and future.

She suddenly realized that her life goals and choices had been distorted, that she had dealt with everything from a fearful and negative perspective, that she had lived a heavy life, and that all this had caused her cancer. “And I actually learned that my cancer would heal quickly after I returned to my body,” she said.

After more than 30 hours of being on the verge of death, Moorjani woke up miraculously. She declared to her family at her bedside, “I’m going to get better. It’s not time for me to die.”

Four or five days later, the tumors in her body had shrunk by 70 percent; within three weeks, her cancer had disappeared without a trace; and five weeks after she woke up, Moorjani was discharged from the hospital and went home.

She said that the most important thing she learned from this near-death experience was a new understanding of the meaning of life. It made her understand how she should live.

Modern research on near-death experiences dates back about 50 years, in the 1970s. However, descriptions of such experiences can be found as far back as ancient Greece.

Near-death experiences (NDEs) are vivid and often life-altering experiences, many of which occur under extreme physiological conditions such as trauma, cessation of brain activity, deep general anesthesia, or cardiac arrest. According to the popular view of neuroscience, any form of consciousness or sensory experience is impossible under such conditions.

Although NDEs vary from person to person, they usually have the following phenomena:

The details of Moorjani’s experience correspond to these phenomena. There are also people whose near-death experiences are different from the ones listed above and may be frightening or painful.

Many people describe NDEs as hallucinations from various causes. For instance, they are said to be caused by hypoxia, hypercapnia, hormone and neurotransmitter release, epilepsy, limbic lobe activation, REM intrusion, and brain dysfunction.

The most popular explanation for NDEs is the dying brain hypothesis. According to this hypothesis, NDEs are hallucinations caused by brain activity as cells begin to die.

A study conducted by researchers at the University of Oregon and published in the journal Explore in 2021 emphasized that the seemingly plausible dying brain hypothesis does not explain the full range of features that may occur during a NDE, such as why people experience disembodiment.

Some people also believe that the sense of calm and blissfulness felt during the NDEs is due to the effects of drugs or even narcotics. However, study in QJM: An International Journal of Medicine suggests that this is not scientifically logical. Just as hugging can bring happiness, so can certain drugs, but it is not logical to say that the happiness from hugging is due to the drugs taken by the people who hug.

Near-death memories are clearer and contain more self-referential and emotional information than memories of real events and coma memories. Researchers have therefore concluded that NDEs cannot be considered as memories of imagined events.

Objectively speaking, although many phenomena of NDEs cannot be explained by the medical community, skeptics rarely accuse near-death experiencers of fabricating stories out of thin air. At least it can be said that the feeling of people having been there must have been real. NDEs are numerous and often well documented, including by reputable or respected medical professionals.

Dr. Eben Alexander is a neurosurgeon who has taught and practiced at several prestigious hospitals and colleges, including Harvard Medical School. He had a NDE after suffering from a rare form of meningitis and a severe coma. However, he later recovered in a short period of time. As he’s an expert in the field of neurology, Alexander studied his own medical history and came to the conclusion that he was in a deep coma during his near-death experience and that his brain had already shut down completely. He believed that the only explanation for what he felt and saw was that his soul was indeed detached from his body. However, this phenomenon cannot be confirmed by modern scientific testing methods.

Another impressive aspect of Moorjani’s story is that after her NDE, she was cured of her advanced lymphoma within a very short period of time, and the cancer cells disappeared from her body.

In addition to Moorjani and Alexander, many other people experience life miracles or life changes after near-death experiences. What are the reasons for these miracles?

People often report that during NDEs, their belief in the meaning of life increases. This is accompanied by a reduced fear of death, a greater sense of altruism, a greater sense of compassion and responsibility, and the ability to show greater love to others.

This type of physiological change brought about by this spiritual elevation may be one of the reasons for their improvement in illness.

Researchers of psychology, psychiatry, biobehavior, and immunology at the University of California published a joint study in the Annals of Behavioral Medicine. They followed 43 female participants and found that women who valued, or valued more than before, the search for meaning and purpose of life had more increased natural killer cell cytotoxicity (i.e. more powerful ability to kill foreign invaders) than women who did not. This implies that such individuals are also more resistant to cancer and viruses.

Natural killer cells are the body’s natural immune cells that kill a wide range of solid tumor cells and leukemia cells, as well as virus-infected cells. They act like armed police officers to capture and destroy the wrongdoers in the body. A decrease in their activity or number can lead to the development and metastasis of cancer and viral infections. In addition, many diseases, such as chronic fatigue syndrome, depression, immunodeficiency syndrome, and certain autoimmune diseases, are also associated with natural killer cells.

The belief and appreciation of the meaning of life play an important role in maintaining and enhancing physical and mental health.

Understanding the meaning of life leads to a more positive outlook on life and a greater sense of inner peace, which can help restore a sense of control over cancer and life. People who have lost their belief in the meaning of life tend to be reluctant to face life positively, have higher levels of depression and stress, and are less likely to get better from their illnesses.

Yale University published a study in the journal Palliative Supportive Care in 2014. In this study, by following 52 patients with advanced cancer, they found that spiritual well-being had a very strong impact on quality of life in such patients, even outweighing the impact of physical and emotional well-being.

Besides cancer, other diseases can also be greatly improved by spiritual elevation. In a study conducted by scholars from the Department of Psychology at Brigham Young University, 100 religious people between the ages of 15 and 59 found that the better the spiritual wellness, the lower the risk of heart disease-related blood pressure, inflammation, fasting glucose, and blood lipids.