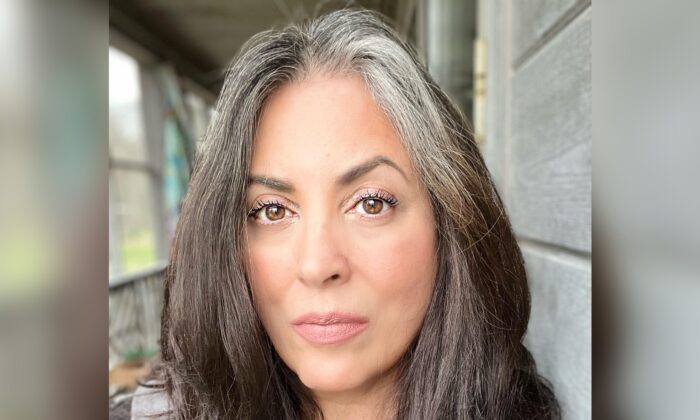 A think tank in Tennessee is charting federal COVID-19 relief funds in an investigation into what is driving controversial treatment protocols for COVID-19 in health care.

The TN Liberty Network (TLN), an independent organization started by AJ DePriest and comprised of 28 researchers who live in Tennessee, has released several papers examining how lucrative payoffs from the federal government may have influenced previously trusted medical institutions to exchange their Hippocratic oath for a darker agenda.

“Over a million people are reported to have died from COVID in hospitals,” DePriest told The Epoch Times. “But they didn’t die from COVID; they died from the hospital protocols.”

In its most recent report: “Follow the Money: Blood Money in U.S. Healthcare Financial Incentives: The Use of ‘Covered Countermeasures,’” TLN examines how financial incentives have fueled hospital treatment protocols for COVID-19 that TLN said have done more harm than good.

The full report can be found here.

“We started looking at money coming in from the CARES (Coronavirus Aid, Relief, and Economic Security) Act because that’s where we had been involved in advocating for people whose loved ones or themselves were being kidnapped and isolated in hospitals,” DePriest said. “We wanted to know why this was happening because we were seeing too many commonalities in all of the stories we were hearing.”

TLN formed The Adam Group to advocate for patients in hospitals being treated with protocols handed down by the National Institute of Health (NIH) and the Centers for Disease Control and Prevention (CDC).

“We called it The Adam Group because the first person we tried to help was a man named Adam Rodriguez who was a young father of three, and the hospital here murdered him,” DePriest said. “It was a horrific experience.”

The Adam Group has a 100 percent survival rate for people with COVID that it keeps out of the hospital, DePriest said.

Some have called them the “Death Protocols,” which typically begin with the use of the antiviral drug remdesivir without informed consent, being put on a BiPap machine at a rate that damages the lungs, and being kept malnourished and sedated.

Ultimately, the patient is intubated and dies, according to statements from families.

A 2019 study published in the New England Journal of Medicine found remdesivir to be the least effective and deadliest drug in a trial of Ebola patients. It was suspended after 53 percent of the patients who took the drug died.

It was the first drug approved by the U.S. Food and Drug Administration (FDA) to treat COVID-19.

On its reasoning for approving a drug that is known to have negative side effects, the FDA didn’t immediately respond to The Epoch Times’ request for comment.

By mid-2022, numerous people had reported to The Epoch Times the deaths of family members in federally funded hospitals.

If the patient is unvaccinated, a new form of discrimination commences on the behalf of hospital staff, families have reported.

Drugs such as monoclonal antibodies are not made available, and staff tell families that they are required to follow protocols from which they can’t deviate.

“We looked at how trillions came out of the CARES Act and went into different agencies, starting with the U.S. Department of Health and Human Services (HHS), and then flowing down into the NIH, CDC, and the CMS (Centers for Medicare and Medicaid Services),” DePriest said.

According to the report, HHS distributed $30 billion of the CARES Act money to hospitals based on Medicare revenue, not the number of COVID cases in each state.

The COVID relief funds are a “blood-price” for strict compliance to requirements dictated by the NIH, the report states.

“American hospitals are making money off Covid diagnoses and deadly treatment protocols, and they are immune from all liability if they employ deadly protocols recommended by the CDC and the NIH,” the report states. “Therefore, hospitals tell patients and their families there is only one treatment protocol available for Covid. No other ‘off-label’ treatments, despite their effectiveness and safety, pay dividends for every patient. No other treatment offers immunity from liability in case of injury or death. Since early 2020, ‘covered countermeasures’ are the hospitals’ rule—no exceptions.”

The CDC and NIH didn’t immediately respond to The Epoch Times’ request for comment.

When patients enter the hospitals, they become prisoners, isolated from families, the report states.

“Hospitals ignore powers of attorney and explicit written and verbal insistences from patients and families not to administer decision-altering sedatives and deadly Remdesivir and not to put patients on ventilators,” the report states.

TLN’s next paper is specifically on the CMS’s waiver program, DePriest said.

“They have a long list of waivers that CMS issued to hospitals that allow hospitals to violate patients’ rights,” DePriest said.

The waiver allows hospitals to remove the patients’ bill of rights from their website, she said.

“It would have been unheard of before COVID to tell people that they don’t have a right to a patient bill of rights,” she said.

“There is also a waiver that allows patients to be left alone for up to 48 hours without any personal care, including food and water,” she said. “We’ve gotten so many complaints and pictures of patients lying in their own feces for up to two days because nurses just let them alone, and they’re allowed to do this because the CMS waiver states that because COVID is a drain on resources, the requirements to check on patients within the usual regulated standards are waived.”

Another waiver allows hospitals to have physicians who aren’t licensed in the hospital where they are practicing, physicians who have expired licenses, and physicians from other countries, she said.

The PREP Act, which will be the subject of another TLN paper, provides total liability to physicians, hospitals, pharmacies, and clinics that provide “covered countermeasures” that fall in line with the NIH protocols, she said.

“If they use these protocols, they can’t be sued for any reason, including injury and death,” DePriest said.  “And the PREP Act stays in effect until the PHE ends.”

Patients and families have reported being told by physicians, nurses, and administrators that they are required to follow the protocol; however, TLN reported that this isn’t accurate because the protocols are optional.

Pleas to use alternative therapeutics like ivermectin and vitamins recommended by the Front Line COVID-19 Critical Care Alliance have been ignored by doctors who declare their ineffectiveness and how they aren’t a part of the protocol; however, when those therapeutics are used to treat people at home, they survive.

“You don’t hear about people dying from COVID at home,” DePriest said.

The NIH COVID-19 Treatment Guidelines (pdf) state that its recommendations for treatments such as remdesivir “should not be considered mandates,” the report highlights.

“Even though hospitals tell patients and families they are bound to strict protocols dictated by the CDC and NIH, it seems they are only bound to those protocols that reimburse the most,” the report states.

Hospitals aren’t reimbursed if they use ivermectin on patients; however, they’re incentivized “to vaccinate, test, diagnose, and admit Covid patients and report Covid-related deaths using add-on bonuses to use treatments such as Remdesivir, dialysis, ventilators, and new ‘covered countermeasures’ approved for Covid.”

According to the report, remdesivir, also known by its brand name as Veklury, topped hospital drug spending in 2021, with Gilead, the drug company that makes remdesivir, earning $4.2 billion in sales in the first nine months.

Veklury’s average in-hospital price is $2,400 to $3,200, which the report states is a clear financial incentive for a hospital to administer the drug.

CMS established various systems that provide layers of bonuses to each COVID patient’s hospital bill to encourage the use of remdesivir and other emergency use authorization-approved, high-cost, patented medications, the report states.

What makes all of this possible is the perpetuation of the PHE, DePriest said.

“That’s the crux of every single problem we’re having in America right now that’s connected to COVID,” DePriest said. “The money flowing through these different agencies is carrying out a tyranny that is perpetuated by this federal level public health emergency.”

Despite Biden’s announcement in September that the pandemic is over, the PHE remains in place, DePriest said.

“It’s driving everything,” she said.