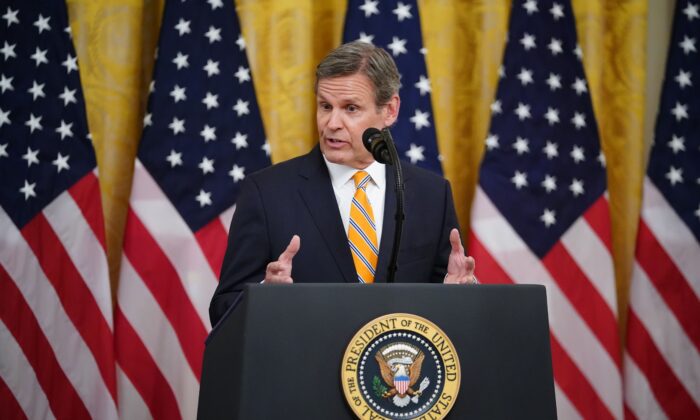 Public school districts in Tennessee could lose millions of dollars of state funds and teachers could have their licenses suspended for teaching “prohibited concepts” related to critical race theory (CRT), according to a new rule proposed by Tennessee Department of Education.

The proposed rule is meant to help schools navigate the upcoming 2021–22 academic year, in the wake of a new state law that bans certain concepts from K-12 education programs. A draft of the rule is posted on the education department’s website for a 10-day public comment period, from Aug. 2 through Aug. 11.

Under the new law signed by Gov. Bill Lee, teachers in Tennessee are prohibited from telling students that an individual is inherently privileged, racist, sexist, or oppressive by virtue of their race or sex, or that anyone should feel discomfort or guilt because of their race or sex. The law also prohibits teaching denials to the nation’s founding ideals, such as “all Americans are not created equal,” or “the rule of law does not exist.”

Although the law does not specifically mention critical race theory, it was designed to target key elements of the Marxism-rooted ideology. Proponents of the CRT interpret society through the lens of a perceived racial struggle between white and non-white people, and argue that white supremacy has been deeply embedded in laws and institutions of the United States from the beginning.

If the new rule is approved, current Tennessee students, parents, and school employees will be able to file complaints within 30 days of the prohibited concepts being included or promoted in the classroom of their public school district or charter schools.

Schools found guilty of knowingly violating the anti-CRT law, according to the new rule, would be stripped of 2 percent of its annual state funds or $1 million, whichever is less, on the first offense. The penalty will grow to 10 percent of state funding or $5 million by the fifth violation. Teachers who violate the law could have their teaching licenses suspended or revoked.

Speaking at a press briefing on Monday, Lee emphasized that concepts of CRT are divisive and inappropriate to be taught in his state.

“Critical race theory is un-American,” the Republican governor said. “It fundamentally puts groups of people above the sanctity of the individual which is a founding principle of this nation. It’s appropriate that we would not teach critical race theory in this state.”

Lee added that while it’s important to hear from the public regarding the new rule, the decision to ban CRT in schools is not going to change.

“We need to know what the public thinks about those guidelines but we need to be very clear: our legislature, the people spoke, and we will not be teaching critical race theory in Tennessee,” Lee said.