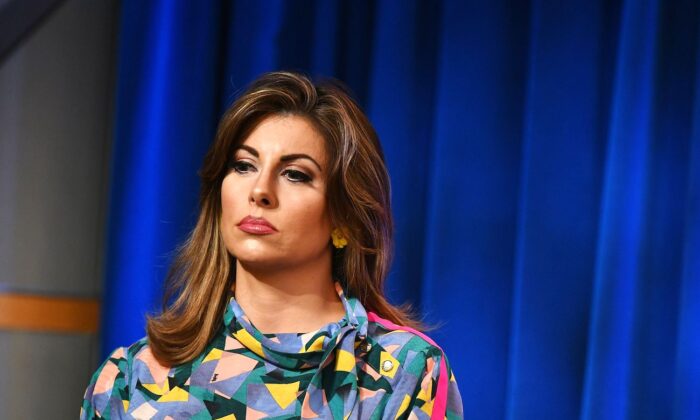 The Tennessee GOP has voted to remove three candidates who were vying for a seat representing the state’s 5th Congressional District.

Golden and the party did not respond to requests for more information.

Ortagus, a State Department spokeswoman during the Trump administration who recently moved from Washington, was just endorsed by former President Donald Trump.

Starbuck, a filmmaker who used to live in California, has promoted Trump policies such as strong border enforcement.

Lee is a businessman who has described himself as a conservative outsider.

The vote came after state lawmakers passed legislation that requires congressional candidates to have resided in Tennessee for at least three years to appear on primary ballots.

But Tennessee Gov. Bill Lee, a Republican, returned the legislation to lawmakers without his signature.

The bill became law, but not soon enough to apply to the 2022 primary, the Tennessee Secretary of State’s Office confirmed to The Epoch Times.

“The requirement does not apply retroactively to candidates who met the qualification deadline at noon on April 7,”a spokesperson for the office said in an email.

“We feel the voters are best able to determine who should represent them in Congress,” a spokesperson for Lee told outlets.

Candidates removed from the ballot by the state GOP offered similar arguments.

“I believe that voters in Middle Tennessee should pick their representative—not establishment party insiders,” Ortagus said in a statement obtained by The Epoch Times. “Our team is evaluating the options before us.”

Starbuck said in March that he’s only been registered with one party before and has only donated to GOP candidates.

“Not allowing me on the ballot would disenfranchise a huge segment of our voters in Tennessee, discourage people from engaging in the process and most of all it would reek of the dirty politics that makes so many distrust our elections,” he said at the time.

On Wednesday, Starbuck said: “Sadly in Tennessee candidates are NOT elected, they’re SELECTED by a tiny group of establishment RINO hacks. We’ll fight this with every ounce of fight we have. They declared war on TN voters yesterday. It’s not about me, it’s about YOU and I’ll fight for your right to vote.”

Lee did not respond to a request for comment.

Ortagus and Starbuck both moved to Tennessee in recent years.

The seat they hope to win is currently held by Rep. Jim Cooper (D-Tenn.). Cooper is retiring at the end of his current term.

A lawsuit was filed against the legislation that would affect future candidates in federal court after it was passed.

Three residents who say they planned to vote for Ortagus alleged the bill violates the U.S. Constitution, which requires that members of Congress be 25 or older, have been a citizen of the United States for seven years, and must live in the state they’re representing when they’re elected.

“Plaintiffs seek damages and a declaration that the provision is unconstitutional so that all qualified candidates who wish to run for Congress in the August 4, 2022 primary election may do so,” the suit stated.

Correction: A previous version of this article inaccurately described the bill. The Epoch Times regrets the error.