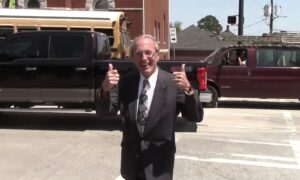 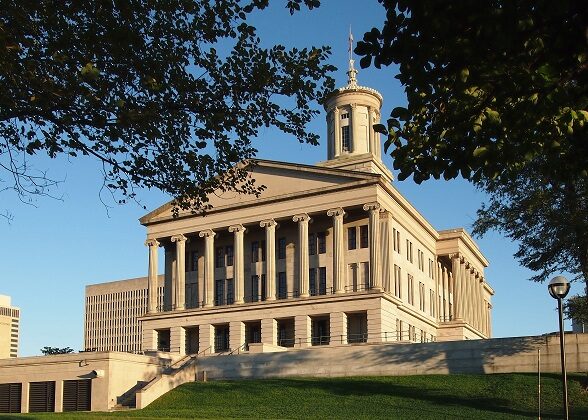 It has been said of the Democratic Party that its leaders and rank-and-file all act in unison despite whatever differences they might have.

This has become so extreme it appears to have morphed into a reconstituted Marxism under new “progressive” nomenclature like “anti-racist.” “Liberalism,” as we knew it, barely exists anymore.

The opposite is said of Republicans who are and have been a collection of individualists, going off in different directions, often to their own detriment.

That’s not entirely true. The Republican rank-and-file increasingly tend to work together toward a common end, the preservation of liberty and capitalism. It’s an unfortunate number of their leaders that seems mired in self-interest and traditional backroom politics out of synch with their supporters.

Donald Trump alluded to this in his Ohio speech when he quipped off the cuff that Georgia might have been better off with Stacy Abrams as governor. The former president, for good reason, is not in love with that state’s Republican governor Brian Kemp or his secretary of state Brad Raffensperger.

And what conservative or libertarian man or woman in the street was not appalled by Republican Liz Cheney telling the world she was ”honored” to serve on Nancy Pelosi’s nauseating, rehash-as-long-as-humanly-possible, Jan. 6 committee.

Party loyalty is not big with these Republican leaders, nor, more importantly, is loyalty to their own constituents. What they have is loyalty to themselves and their business donors/partners—American or, in more cases than we want to know, Chinese.

As Trump said in his Sarasota speech, the Democrats stick together, even though their policies are terrible. Republicans don’t.

We the People must get these RINOs out. (I use RINOs for lack of a better term because, in the end this is about policy and philosophy, more than it is about political parties that come and go.)

But who are these RINOS actually? Not all are as obvious as Kemp, Raffensperger, and Liz Cheney.

And oddly, many are lodged, “hiding in plain sight,” as the mystery writers say, pretending to be pro-Trump, pro-“deplorable,” pro-people, when they are far from it.

And this often happens in the reddest of states, like my adopted Tennessee.

I didn’t realize this at first—I was a naïve newcomer despite the natural cynicism of a native New Yorker—but Tennessee, I discovered, the state in which Trump got 61 percent of the vote and Biden 37 percent, is a paradigm of how this politics of self-interest, self-deception, and just plain deception works.

It was explained to me later by wise old timers that much of the contemporary Republican establishment in this and other southern states are, to a considerable extent, the modern dress versions of the old Southern Democrats.

It’s not so much they are racists like the Southern Dems of yore. It’s more a good old boy and girl network that exists for personal and donor profit, the public almost-always at best a second thought. (This, of course, is an open door for turning red states blue.)

But the rank-and-file are not that way. Like the “Moms for Liberty” I wrote about in an earlier essay, protesting the horrifying spread of Critical Race Theory in our schools, all I have met are true American patriots concerned with the preservation of the American dream and the principles of our Founders for their children.

They have been betrayed. Here’s how that happens, using Tennessee as an example.

I had just moved to Nashville when the gubernatorial election of 2018 was in progress. I was almost immediately invited to a local gathering for some of the Republican primary candidates.

They were businessman Bill Lee, U.S. Representative Diane Black, and Speaker of the Tennessee House Beth Harwell. They all spoke quite briefly and I didn’t get much of a fix on them, but they all paid tribute, alleged loyalty, to then President Trump, an over-sized cardboard cutout of whom was displayed prominently inside the front door of the house where the event occurred.

In retrospect, it’s not surprising in that year of the businessman, Bill Lee won the governorship. But unlike the presidential election, when there were endless debates, very few knew what this particular businessman stood for, perhaps even Lee himself. If they had, it’s doubtful many would have voted for him.

In the key areas of education, immigration, and COVID (despite what you may have seen on Hannity), Lee has been part of the problem, not part of the solution.

In short, he’s been the furthest thing from a Ron DeSantis, although there’s no reason he couldn’t have been because the Tennessee electorate is far more to the right than Florida’s.

The area of education has perhaps been the most egregious and telling. The Tennessee legislature, after some stalling, took action against Critical Race Theory, banning it—actually withholding funding from it—in the schools.

The bill was signed by Lee last May. Sounds good, no?

Not exactly. In charge of overseeing whether this legislation is properly carried through, making the judgments on what is or is not CRT (it has many euphemisms), is Commissioner of Education Penny Schwinn, a woman with years of background in the leftist educational establishment who has a proclivity for no-bid contracts. Rumor has it she was recommended to Lee for the job via Bill Gates.

“People,” as Ronald Reagan so accurately said, “are policy.”

When it comes to illegal immigration, Lee has apparently looked the other way on Biden’s unasked for injections of young illegals into Tennessee. Apparently too he has seriously over-stated (on Hannity) his devotion to mask-free children in the schools and to keeping schools open in general during the pandemic.

The rank-and-file are, to put it mildly, angry, as they are in Georgia. It is public officials like Kemp, Raffensperger, and Lee that are the harbingers, whether they realize it or not, of turning red states blue, putting a virtual stake in the two-party system nationwide (Nancy Pelosi’s greatest dream).

But more importantly he is a staunch conservative with national credentials who played a key role in Newt Gingrich’s presidential campaign. He is also a determined enemy of Critical Race Theory and all that entails or, as he put it “Once you capture the minds of the children, you’re changing the next generation.”

I know Ogles because we have appeared together several times on Nashville’s Talk Radio 98.3 with host Michael Patrick Leahy, famed for being one of the founders of the Tea Party Movement.

As far as I can tell, Andy’s the real deal and thus far he has my vote. (Speaking of Reagan, I will always follow another of his other famous apothegm: “Trust, but verify.”)

As for Georgia, having spent a good deal of time in Atlanta covering the election and the recount, I have been getting an earful. But that’s the subject of another article.

Gov. Bill Lee must be feeling the heat because over the weekend he announced a “Tennesse on Me” program through which tourists would have their airfares paid for by the state if they booked two nights in any big city in Tennessee. Country star Brad Paisley—not a favorite with conservatives, Jill Biden was booed at his latest concert—is being used for publicity.

Already Lee is getting flack for this. “Tennessee on Me”? It’s not his money. It should more properly be “Tennessee on Us”! Besides that, it’s a waste to begin with since post-pandemic tourism has already been reignited here and then some. 350,000 filled the streets of downtown Nashville this weekend for its famed Fourth of July fireworks display.