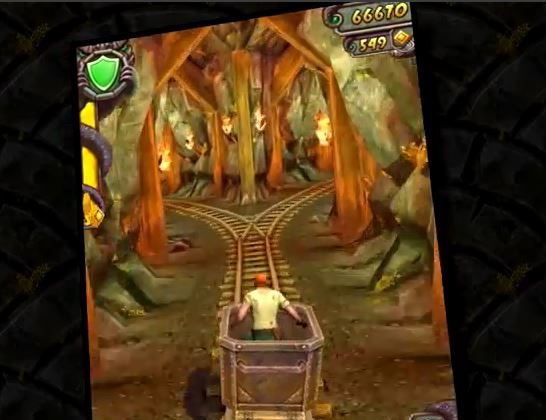 Both were named in the top apps for the iPhone by Apple.

Temple Run 2, the sequel to Temple Run, has a holiday update that adds a waterslide.

The original Temple Run has over 170 million downloads.

YouTube was the second best free app for both.