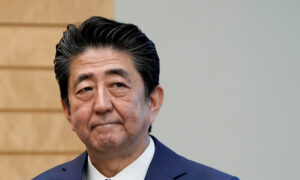 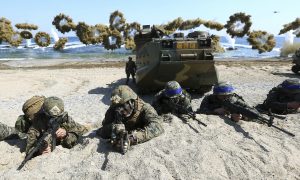 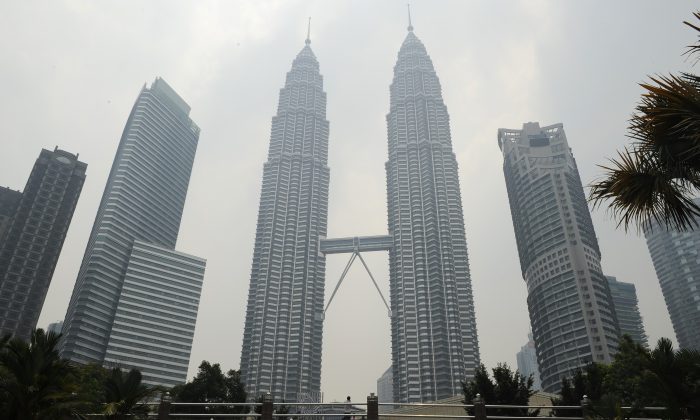 KUALA LUMPUR—Malaysia has detained 15 suspected Islamic extremists including a teenager and a housewife accused of plotting separate “lone wolf” attacks on places of worship around the capital, Kuala Lumpur, police said on Friday.

Police rounded up the 15, including nine foreigners, in several security operations between March 27 and May 9, Inspector-General of Police Mohamad Fuzi Harun said in a statement.

They included a 17-year-old secondary school student suspected of being a member of ISIS, who had allegedly planned “lone wolf” attacks on churches, entertainment centers and Hindu temples around Kuala Lumpur.

The student had made six petrol bombs and tested one of them, Mohamad Fuzi said.

“The suspect had surveyed and filmed the target locations, as well as recorded a video warning of the impending attacks,” he said, adding that the video was uploaded to four ISIS-linked mobile chatrooms shortly before the suspect was arrested.

Another detained suspect was a 51-year-old housewife who was arrested on May 9, the day Malaysia held a general election, police said.

The woman was suspected of planning to drive a car into non-Muslim voters at a polling centre on the outskirts of Kuala Lumpur.

“The suspect had also planned to crash into non-Muslim houses of worship using a car fitted with a gas tank to be used as an explosive,” Mohamad Fuzi said.

Among the others detained was a Bangladeshi restaurant owner suspected of smuggling arms to foreign terrorists, as well as six Philippine nationals aiming to join ISIS-linked gunmen who occupied a Philippine town last year.

A North African married couple, wanted for being ISIS members in their home country, was detained before being deported on April 14, Mohamad Fuzi said. He did not give their nationality.

Muslim-majority, diverse Malaysia is on alert for violence, and authorities have arrested hundreds of people over the past few years for suspected links to terrorists, but it has never suffered a major terrorist attack.

ISIS took responsibility for a grenade attack on a bar on the outskirts of Kuala Lumpur in 2016, when eight people were wounded. It was the first such strike in Malaysia.