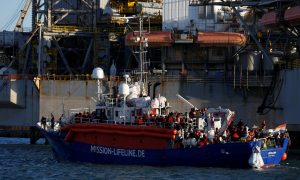 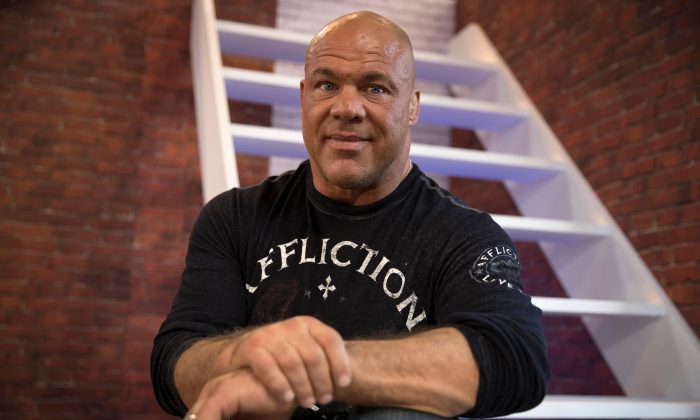 Aquil is the niece of wrestler Kurt Angle who won gold at the 1996 Olympics for freestyle wrestling. (Thomas Samson/AFP/Getty Images)
US News

McKEESPORT, Pa.—A Pittsburgh-area teen has been found safe and her ex-boyfriend has been charged with kidnapping after a two-hour standoff.

A Pittsburgh-area teen, the niece of WWE superstar Kurt Angle, has been found safe and her ex-boyfriend has been charged with kidnapping after a two-hour standoff.https://t.co/r3l4opOayS pic.twitter.com/qcby4o9Ts1

State police had issued an amber alert for 16-year-old Marjani Aquil after she hadn’t been seen since 3:15 p.m. Jan. 16 in Penn Hills.

She was found inside a house in McKeesport shortly before midnight with bruises to her face. Nineteen-year-old Jermaine Laquay Rodgers of East Pittsburgh was found hiding in the basement two hours later.

Hello everyone. My beautiful 16 year old niece Marjani Aquil got abducted today by a 19 year old guy. Please call the…

KDKA reporteds that Rodgers uttered a string of obscenities when asked if he had anything to say about the incident, as he was being led out of police headquarters.

Rodgers was being held pending a preliminary hearing scheduled for Jan. 28.

This is just one of a few photos Marjani Aquil’s dad shared with me. To be clear, he gave @kdka permission to share this image.
He said he wants awareness to be raised. You can see her right eye is bruised and he said her right eye socket is broken. #KDKA pic.twitter.com/avU3f5Plcz