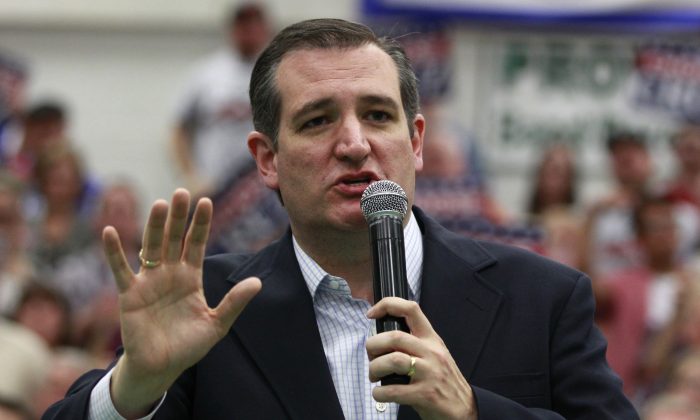 “I want to be crystal clear: these attacks are garbage,” wrote Cruz in a Facebook post. “For Donald J. Trump to enlist his friends at the National Enquirer and his political henchmen to do his bidding shows you that there is no low Donald won’t go.”

Cruz Responds to Trump, Calling Him a ‘Sniveling Coward,’ for Attacking His Wife

I want to be crystal clear: these attacks are garbage. For Donald J. Trump to enlist his friends at the National…

Donald Trump responded, denying the accusation in his own Facebook post, and then defending the tabloid’s history of reporting: “While they were right about O.J. Simpson, John Edwards, and many others, I certainly hope they are not right about Lyin’ Ted Cruz.”

The National Enquirer is infamous for “outing” celebrities with unsubstantiated scandals, and false reports of imminent deaths. Earlier this month, the tabloid endorsed Donald Trump with the headline”TRUMP MUST BE PREZ!”

This is the first time that The National Enquirer has endorsed a candidate for president.