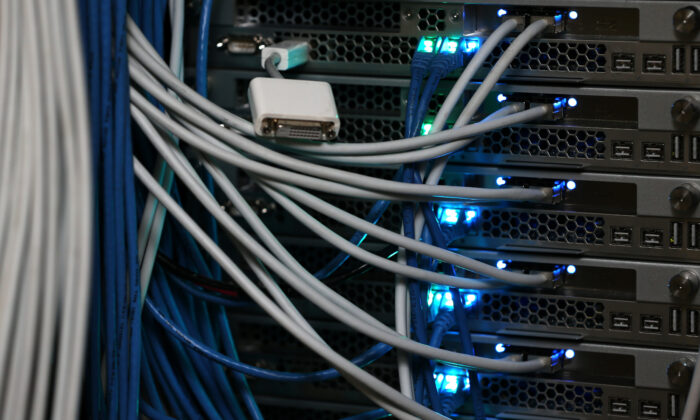 Contrary to the PR, tech is a major source of greenhouse gases

While nations subsidize renewable energy sources and demand fuel economy from aircraft and motor vehicles, few, it seems, recognize the increasingly burdensome hydrocarbon demands of the digital world. And they are huge.

The internet, cellphones, and the infrastructure surrounding them already absorb a significant part of the world’s electrical power and are poised to suck down still more in coming years—most of it generated by fossil fuels. A world that is hot to limit carbon emissions needs to consider this fact as it builds its future.

Steve Jobs set a green tone years ago. In a 1985 speech at Sweden’s Lund University, he described his then-new Macintosh computer as a source of “free energy.” It uses, he said, less electricity than “a few … light bulbs.” Though remarkably prescient in many ways, Jobs certainly missed the boat on this matter.

Cloud computing alone has come to use fully 3 percent of the world’s electricity. Each data center in that huge network demands 100 times the electricity per square foot as a modern skyscraper. The U.S. Department of Energy concluded that as early as 2008, data center power use had surpassed that of the entire U.S. chemical industry. It has grown exponentially since.

Energy use by cloud computing grew 90 percent from a relatively small number in 2000 to 2005, and 24 percent between 2005 and 2010. It leveled off for some years after, no doubt as a lagged response to the Great Recession. But by 2017, money spent constructing new data centers doubled from the previous year.

The only way cloud architects—Amazon, Google, Microsoft, Apple, and Facebook—can make green claims is by financing alternatives apart from their operations and crediting those efforts against their huge direct consumption of more conventionally generated energy. The fact is they use very little wind and solar, which, in any case, produce only about 10 percent of the world’s energy. Their data centers require more reliable sources than these alternatives can provide, which come from the electric power grid and use hydrocarbons.

Data center demand tells only part of the story. The rest of the world’s digital venture redoubles the system’s power demands. After all, the energy consumed by a smartphone goes well beyond the device in a person’s hand. It includes the power needs of a huge network of towers and servers and, to be entirely accurate, the energy used to construct that network. Even excluding the huge energy demands of construction, the power used by the whole system means that a single cellphone consumes, on average, about as much energy per day as a household refrigerator.

Electricity consumption for cellphones, laptops, and tablets approaches fully 10 percent of total global energy consumption. For perspective, that’s more power than Italy uses for all purposes. None of this counts the additional energy used for household delivery of internet shopping, which requires many more road miles and packaging than bulk delivery to brick-and-mortar retail establishments.

And power needs are growing fast. When 5G fully rolls out, it will require 10 times the number of existing base stations. Artificial intelligence (AI) and robots, especially for street delivery of internet purchases, will add still more to power demands. So will driverless cars, which are expected to degrade vehicle mileage by at least 10 percent. Consider that if the nation were to replace the nation’s auto fleet with self-driving vehicles, just the robot part would absorb as much fuel as all the cars on California roads today.

Considering these staggering comparisons, at least on one level, it’s a wonder that Washington and many other national governments focus almost exclusively on transportation and shipping. Perhaps that’s because legislators tend more than most people to think in terms of yesterday’s technologies. The Green New Deal is indicative. That’s too bad because it ensures that even if the greenest member of Congress gets his or her way, it will do a lot less good than claimed.