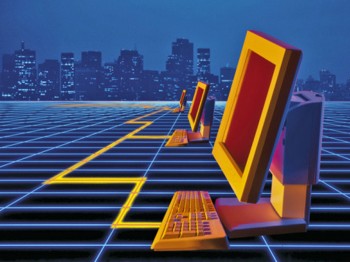 US Technology firm Pegasus Global Holdings plans to build a 20-square-mile ghost town in the state of New Mexico as a technology testing ground, unprecedented in scale.

The largest of its kind globally, the $200 million project called The Center, could be used to pilot technological innovations ranging from renewable energy solutions to intelligent traffic control systems and next generation wireless networks.

The Center’s design is based on a mid-sized American town with a population of 35,000 and will include complete working infrastructure as well as urban, commercial, rural and distant communities replicating the real-world challenges associated with upgrading existing cities into 21st century “smart cities”.

Pegasus Global Holdings CEO Bob Brumley says The Center will be the first of its kind in the US allowing scientists to test their innovations in a real-world setting.

He added that it has the potential to attract enough investment from private enterprise to turn it into a technology corridor like California’s Silicon Valley or Virginia’s Reston community.

"The idea for The Center was born out of our own company’s challenges in trying to test new and emerging technologies beyond the confines of a sterile lab environment," said Brumley on the company website.

"The Center will allow private companies, not-for-profits, educational institutions and government agencies to test in a unique facility with real-world infrastructure, allowing them to better understand the cost and potential limitations of new technologies prior to introduction."

The Associated Press cited Brumley giving an example of how the ghost town could be used. He said that developers of solar technology could accurately assess how their systems could be executed in multiple households with different thermostat settings; in addition they’d be able to evaluate their system’s performance in an old building versus a new one.

Brumley said that Pegasus Global Holdings has been collaborating with the state for approximately 18 months and that it will be several months before a final site is selected.