Technique and Traditions Make a Polished Blend in Shen Yun 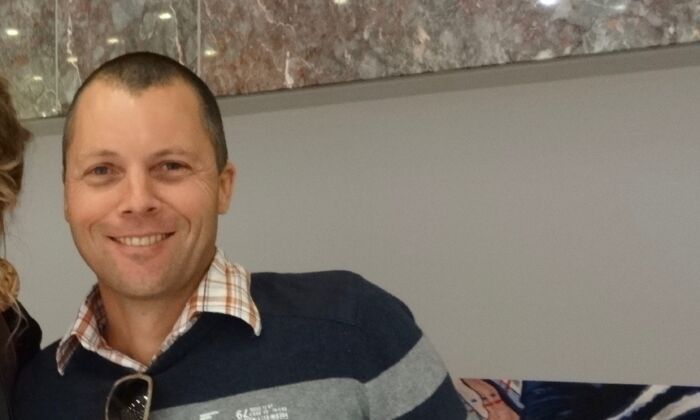 AUCKLAND, New Zealand—Carl Pickens a landscape architect in Auckland was touched by the combination of modern technical aspects and the ancient, traditional values expressed in the performance.

“I was quite impressed by the technical ability of the dancers and visually. I thought it was really impressive and personally I enjoyed the spiritual component; the theme running behind it as well,” he said.

He was accompanied by his partner, Pauline Louette, a Mental Health Support Worker. Ms.Louette agreed with Mr. Pickens’ impressions and she learned much from the different dance styles of classical and ethnic dance saying “I was quite surprised by that mix.”

Shen Yun’s website states that the company’s dance style is built upon classical Chinese dance as a foundation, while also maintaining a number of ethnic and folk dances. This combination embodies Chinese people’s aestheticism and ethnic character.

Ms. Louette said “It’s just like adding another dimension.” Shen Yun’s backdrops are magical windows to completely different realms. Taking in the number of dancers on stage and the symphonic orchestra that includes traditional Chinese instruments Mr. Pickens said, “There must be huge amount of work that goes on to get it into such a polished kind of state.”

Such is the precision of the dancers Ms. Louette exclaimed “How do they do it? To all arrive on stage in the dark and be in such perfect position!”

Mr. Pickens is familiar with Buddhism, Tai Chi and some of China’s vast history. He learned more about the persecution of Falun Gong in China. He was referring to the dance entitled “Trial by Fire,” which takes place in contemporary China.

“I’m all for religious tolerance,” he said appreciating this theme in Shen Yun’s performance. “I think that should be celebrated,” he said.

‘Everything is perfectly in sync’

Also at the Saturday night performance was Jordan Rafelov, a financial advisor. He was accompanied by Lui Newman. His first comments were, “Rich, Chinese culture!” and “The music is the thing I’m enjoying the most.”

Mr. Rafelov was drawn into the dance vignettes by the precision and timing in all aspects of the performance. “Everything is perfectly in sync so I’m very impressed.” He understands there are countless hours of training behind the performance “but it feels very genuine,” he said.

Mr. Rafelov said with Shen Yun he was drawn in as a participant.

Continuing his thought; “I think it’s the music; everything is very in sync with the music,” he said.

Mr. Rafelov was surprised to see an orchestra. Each year the music is especially written for each dance story. It draws upon China’s rich culture and history and is grounded in ancient Chinese melodies. The result is a refreshing, new sound.

In conclusion, Mr. Rafelov said “I like how everything seemed to [be] based around compassion and love and respect.” He felt that Shen Yun’s performance painted a picture of a rich culture that’s got thousands of years of history.