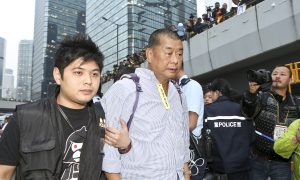 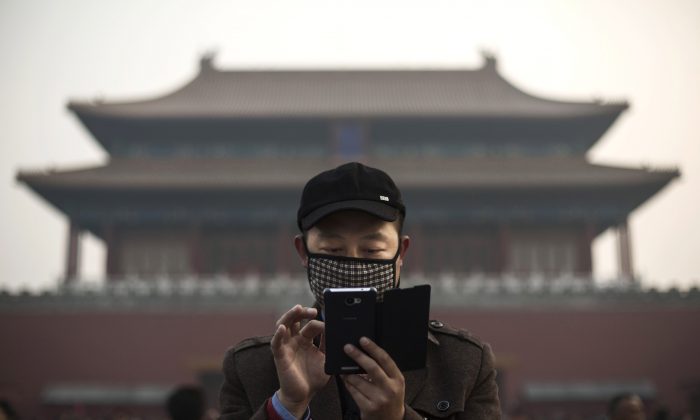 A man uses his smartphone on a hazy day outside the Forbidden City in Beijing on Nov. 20, 2014. (Kevin Frayer/Getty Images)
China

Recently the Chinese regime in southeast China’s Wenzhou City accidently admitted that it was using a Trojan Horse virus to monitor the public’s phones in real time.

This past Dec. 15, a technical testing report appeared on the official Web page of the Wenzhou Economics & Technology Development Zone (WETDZ). The report was titled “The Results Regarding the Phone Encoding System Purchased by WETDZ Public Security Bureau” and included a detailed list of the Trojan Horse viruses purchased. This list of purchases unintentionally revealed how local police were spying on people through their phones.

According to the report, the police in the WETDZ spent 49,000 yuan (roughly US$7,900) on a virus “specifically designed for Android and jailbreak iPhones, which allows phone calls, texts, photos, and more to be monitored in real time.” “Jailbreak” refers to installing software on a phone that removes the limitations placed on the phone by the service provider.

The police also spent 100,000 yuan (roughly US$16,000) on one encoder, which could help to “implant the Trojan virus into the phone via contact.” The encoder is also specifically designed for Android phone and jailbreak iPhones.

According to the report, both the virus and the hardware were purchased from Wuhan Hongxin Communication Technology Co., Ltd., which is solely owned by state-funded Wuhan Research Institute of Posts and Telecommunications (also known as FiberHome Technologies Group). The company has denied providing such a virus and encoder, and the WETDZ police have made no comment regarding the report.

After the report was found by Chinese surfing the Internet, it was reposted widely with the title “Police in the Wenzhou Economic & Technology Development zone purchased 100 000 Yuan worth of Trojan Horse for phones.” On Jan 7, the original report was removed from WETDZ official site.

The same day, an article from China Digital Times revealed that the CCP propaganda department had ordered not to publish the above mentioned article.

However, the news had spread widely and triggered wide public criticism.