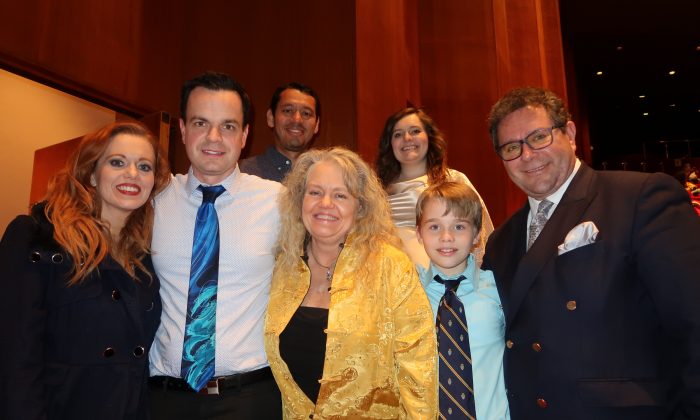 HOUSTON—Greg Bailey, vice president of a software company, had been wanting to see Shen Yun Performing Arts for 10 years. He said he’s glad he finally attended the performance this year, as he learned a lot of about China’s rich culture and history.

“What touched me the most was how far back [Chinese history] goes,” Bailey said.

Bailey and his wife, Pip, attended the performance with his whole family at Jones Hall for the Performing Arts in Houston, Texas, on Dec. 30.

Shen Yun Performing Arts has kicked off its 2019 touring season, with six equal-sized companies traveling to over 100 cities across four continents. The company, founded in New York in 2006, aspires to restore 5,000 years of traditional Chinese culture for a modern audience through music and dance.

Bailey, Vice President of Sales at ProSymmetry, said he enjoyed learning about China’s unique history and culture, and appreciated how Shen Yun was sharing this with a Western audience.

“I think that’s just an absolutely wonderful thing, the people that have wanted to share that experience,” he said.

“It’s just wonderful that Western society can understand that, because we didn’t know that this even existed.”

Through watching the show, Bailey said Westerners can understand China’s beautiful culture and the decency of the Chinese people.

By depicting the stories passed down through Chinese history, Shen Yun aims to highlight the values and beliefs central to traditional Chinese culture. Such culture, which was said to be divinely inspired, emphasized virtues stemming from ideas such as the harmony between Heaven and Earth, the balance between man and nature, and divine retribution.

“I think it’s not good to tear it down, that’s not good at all, because it unites the people together.

“It unites them with their families, to their past, history. I think it’s very important.”

The stories presented on stage, however, are not limited to those from the past. Shen Yun also portrays event occurring in modern day China in its stories relating to the persecution of Falun Gong, also known as Falun Dafa.

Falun Gong is a spiritual discipline that continues China’s traditional culture via its ancient teachings centered around the principles Truthfulness, Compassion, and Tolerance. The practice was banned in 1999 due to its widespread popularity—around 70 million were practicing in China alone. Practitioners of Falun Gong are subject to arrest, imprisonment, torture, and even death.

Bailey was moved by the story of a Falun Gong practitioner, and saddened that these people go through torture.

“It’s really sad because we live in one world,” he said.

With reporting by Diane Tang and Cathy He.