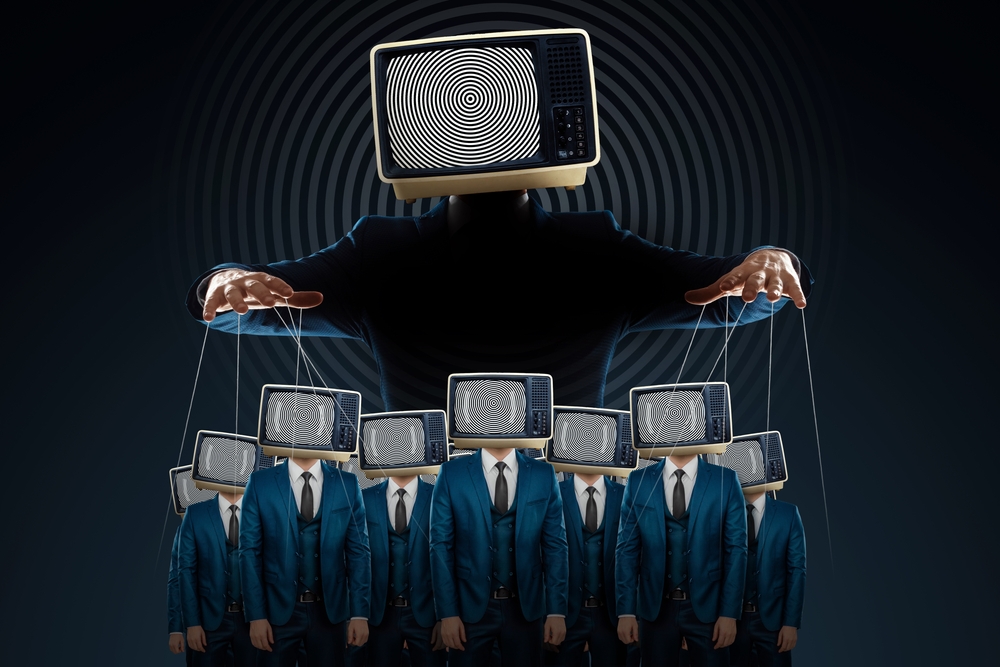 Good News for You Dumb People: YouTube Thought Police Think for You, Big Tech’s Bots Look After Your Best Interests

There’s an interesting moment in a recent YouTube video posted by Dr. John Campbell, a nurse educator who shares informational videos about the latest SARS-CoV-2 and other science on his educational channel. After reviewing government data, Campbell pauses for several seconds and scratches his head. A few beats later he mumbles an apology to the audience, confessing that his head felt a little itchy.

There was no hint from the deadpan tone that Campbell was doing anything other than scratching an itch. But, as some of his over 2.45 million loyal subscribers have boldly pointed out in the comment section, in recent videos Campbell seems darker than usual, almost depressed. Indeed, the nurse educator appears to be doing a lot of hand-wringing and head scratching lately.

It seems, however, that Campbell cannot openly share his concerns with his audience without putting his channel in jeopardy. In order to continue to post videos on YouTube, as he explored in that same head-scratching video, he must censor himself or risk being de-platformed.

This “vaccine misinformation policy” reads: “YouTube doesn’t allow content that poses a serious risk of egregious harm by spreading medical misinformation about currently administered vaccines that are approved and confirmed to be safe and effective by local health authorities and by the World Health Organization (WHO). This is limited to content that contradicts local health authorities’ or the WHO’s guidance on vaccine safety, efficacy, and ingredients.”

The policy applies to vaccine safety, vaccine efficacy, and even information about vaccine ingredients (pdf).

In fact, YouTube will actively delete any content that suggests that vaccines may cause chronic side effects, “outside of rare side effects that are recognized by health authorities.”

This includes YouTube videos posted by medical doctors, scientists, academic researchers, and even patients who have themselves suffered from side effects.

If a YouTuber violates the policies three times within 90 days, their channel “will be terminated.”

The guidelines further stipulate that YouTube will remove content and channels that “demonstrate a pattern of promoting vaccine misinformation.”

Does censorship serve to keep us safe? Maureen McDonnell, a former registered nurse who has been a health advocate for over 30 years, does not think so. “How can you be safe if the truth is hidden?” McDonnell said. “They are missing information,” she insisted. “If you think vaccines are safe, you are missing the facts.”

Benton said that in medical school she was taught that vaccine reactions were extremely rare. Despite seeing her own child’s health deteriorate after each doctor’s visit that included vaccines, Benton said she forced herself to ignore that there may have been a connection. According to Benton, medical doctors often refuse to even acknowledge, let alone document, when a patient has a negative vaccine reaction.

“My daughter had two vaccine-exemption-worthy reactions,” Benton said in a 2016 interview. “In spite of me telling her doctor in person and writing a letter to the doctor about it, those reactions are still not in her charts!”

Benton, who wrote an article in 2020 about missing information for Jennifer’s website, said that the real danger is not “misinformation” but willfully ignoring missing information, refusing to acknowledge vaccine adverse events, and censoring dialogue and debate about difficult topics.

No Recognition of Natural Immunity

President Biden said in a “60 Minutes” interview on Sunday, September 18 that “The pandemic is over,” just as I (Joe Wang) predicted in January 2022. And according to Campbell, and as I wrote in early January, COVID-19 is now endemic. That means that it has become a part of the population, a viral infection that we can expect to find in humans.

If this infection is endemic, must we continually protect those at the highest risk by continually recommending vaccines? And, if so, for how long?

“This becomes, to my mind, completely unrealistic,” Campbell said. “I would have thought there’s a place for natural immunity here.”

The CDC, however, does not mention naturally acquired immunity, as Joe pointed out in March 2022. In fact, while countries around the world have recognized proof of naturally acquired immunity with prior SARS-CoV-2 infection within the past six months as protective against transmission and spread (essentially acknowledging that it was on par with vaccination against COVID-19), the United States never has.

The CDC continues to recommend vaccination, even for those who have had recent SARS-CoV-2 infections.

In a briefing first published on October 29, 2021, the CDC explains: “CDC continues to recommend COVID-19 vaccination for all eligible persons, including those who have been previously infected with SARS-CoV-2.”

In addition, federal and state government public health agencies are running aggressive advertising campaigns on social media to push parents to vaccinate their children, even when the children have recently had COVID-19, which is “criminal,” according to some doctors.

At the same time, however, there is a growing body of scientific evidence that shows that naturally acquired immunity is actually more robust and longer lasting than vaccine-induced immunity, a phenomenon that scientists have observed with other viral infections as well.

For example, when scientists associated with the Cleveland Clinic examined a cohort of over 52,000 employees, they found that there were no cases of reinfection among the some 2,579 people who were not vaccinated but had documented evidence of prior infection.

That study, published in the journal Clinical Infectious Diseases, cited multiple studies from different countries that showed that prior infection conferred as much or more protection against COVID-19 than vaccination.

An often-cited earlier study from researchers in Israel showed that unvaccinated people with evidence of prior infection had significantly lower rates of hospitalization and severe infection than vaccinated people, something the Cleveland Clinic researchers argued that their data revealed as well.

Campbell argued—in passing—that even just looking at only the “rare” side effects recognized by the health authorities may alter the risk-benefit analysis when it comes to these vaccines.

But perhaps the most concerning safety signal, coming from these reports, is about heart events post-vaccination. VAERS has received 52,220 reports of myocarditis (inflammation of the heart muscle) and pericarditis (inflammation of the tissue around the heart), and 16,564 heart attacks. In addition, there have been 57,788 reports of people becoming permanently disabled post-vaccination.

The safety concerns have become so widespread that even the most mainstream, so-called “pro-vaccine” experts have begun sounding an alarm and calling for a halt to the booster program.

Yet when I (Jennifer Margulis) posted a link to a peer-reviewed scientific article about necrotizing genitalia, a side effect of the COVID-19 vaccines that has been documented in a teenage girl in America and an older woman in Japan, I was banned from posting, participating in groups, or leaving comments for 30 days for violating Facebook’s community standards relating to pornography.

But again, you dumb people, don’t you worry. You don’t need to hear from Campbell or any of these dangerous misinformation spreaders. Big Tech, also known as your modern day Ministry of Truth, is looking after your best interests.