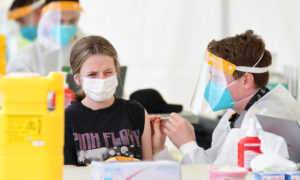 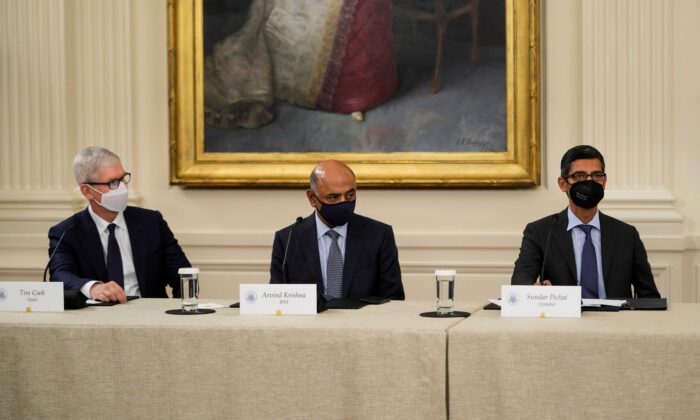 The White House stated on Aug. 25 that some of the country’s leading technology companies have pledged to invest billions of dollars to bolster cybersecurity, with the commitment coming at a time when both public and private sector entities increasingly face sophisticated cyberattacks.

Amazon, Apple, Google, and IBM are among the companies to have made cybersecurity development and investment pledges, from enhancing open-source software security to training tens of thousands of people in cybersecurity skills to providing technical services to help local governments boost security protections, according to the White House.

The announcement comes after President Joe Biden held a private meeting with top tech executives at the White House on Aug. 25, in a bid to rally private sector backing for the administration’s cybersecurity efforts.

“The reality is, most of our critical infrastructure … is owned and operated by the private sector, and the federal government can’t meet this challenge alone,” Biden told reporters ahead of the meeting.

“You have the power, the capacity, and the responsibility, I believe, to raise the bar on cybersecurity.”

Biden was referring to corporate leaders attending the meeting, which came amid a stretch of ransomware attacks targeting critical infrastructure and major companies.

A senior administration official told reporters on a background call ahead of the meeting that entities in both the private and public sector, including businesses small and large, are increasingly being targeted by malicious cyber activity that can negatively affect the pocketbooks of U.S. families. The official framed Biden’s meeting with executives as a call to action seeking to muster a whole-of-nation effort to bolster cybersecurity in terms of both technology and talent.

Calling cybersecurity a “core national security challenge” for the United States, Biden said he hoped the private sector’s actions, as well as those taken by his administration thus far—including a 100-day initiative to improve cybersecurity across the electric sector—would lead to improved security “for all Americans.”

Following the meeting, the White House announced that Google had committed to investing $10 billion in cybersecurity over the next five years, with the funds going toward helping to secure the software supply chain and expand zero-trust programs.

Microsoft has pledged to invest $20 billion over the next five years to boost cybersecurity and immediately made $150 million in technical services available to help federal, state, and local governments upgrade their defenses, according to the White House.

IBM announced that it intends to train 150,000 people in cybersecurity over three years, Apple said it would develop a new program to help strengthen the technology supply chain, while Amazon said it would offer the same security awareness training to the public that it provides for its staff.

Code.org, a nonprofit dedicated to expanding access to computer science in schools, announced that it would teach cybersecurity concepts to more than 3 million students over three years, while Resilience, a cyber insurance provider, said it would require policyholders to meet a threshold of cybersecurity best practices as a condition of coverage.