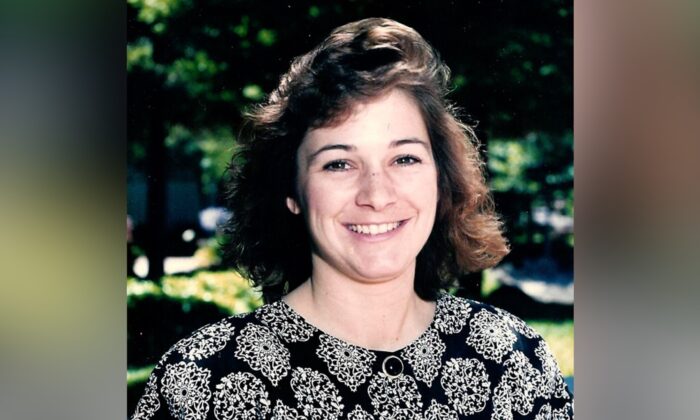 A tech company executive was arrested in New York over the weekend in connection with the 30-year-old homicide cold case of Laurie Houts, according to prosecutors.

Woodward has been charged with the 1992 strangulation murder of his roommate’s 25-year-old girlfriend, Houts, the DA’s office confirmed. A recent breakthrough in DNA enabled police to arrest the CEO. If convicted, Woodward faces life in prison.

Authorities said Woodward is currently being held without bail in New York while awaiting extradition to California. He is expected to be arraigned once he returns to the western U.S. state.

On Sept. 5, 1992, a passerby discovered the body of Houts, a computer engineer, inside her vehicle. The car was located near a garbage dump about a mile from her workplace in Mountain View, California.

The rope used to kill her was still around her neck and her footprints were visible on the interior of the car’s windshield, a sign of her struggle with her killer. Her untouched pocketbook was found nearby.

Woodward was unsuccessfully tried twice in the early 1990s when a judge dismissed the case, citing “insufficient evidence,” the DA’s office said. The business executive then moved to the Netherlands, where he’s been residing for the past few decades.

The DA’s office said Woodward was “openly jealous” of his roommate’s girlfriend and investigators alleged that his motive for the murder emerged from his “unrequited romantic attachments” toward his roommate.

At the time of his questioning, Woodward provided no alibi for the night of the murder. Investigators found his fingerprints on the outside of Houts’s car, but no evidence was collected proving he’d actually been inside the vehicle.

“I want Ms. Houts’s family and friends to know that we never gave up on her,” District Attorney Jeff Rosen said in the release, thanking crime units and the Mountain View Police Department (MVPD) for their work leading to Woodward’s charge.

“Neither time nor distance will stop us from finding out the truth and seeking justice,” Rosen said.

The latest updates in DNA technology helped solve this decades-old cold case after detectives were able to connect Woodward to the rope used in the murder.

“The biggest hurdle from those cases was being able to find new evidence,” MVPD Sgt. David Fisher told KGO. “Since then, these advancements have really given the district attorney the ability to file charges here.”

Fisher told the network that his crime unit is responsible for reviewing cold cases at the MVPD. A team started looking into Houts’s murder again in late 2020.

“For this case specifically, they were able to go back to a much earlier sample that was taken in 2005 from the murder weapon—which in this case was a rope—and they were able to use new technology to locate new DNA evidence on that rope, from that sample,” he said.

In less than 24 hours, Dutch authorities obtained an arrest warrant for Woodward’s home and business in the Netherlands, while also seizing a number of electronics, including computers and USB drives.