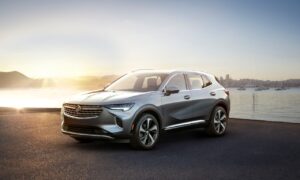 A Canadian tech company is under fire because it allegedly assists repressive regimes in clamping down on free speech in cyberspace.

The services of Netsweeper Inc., an Internet content filtering company, are being used in 10 countries with “significant human rights, insecurity, or public policy issues.” This is the claim made by Ronald Deibert, Director of the Citizen Lab, Munk School of Global Affairs, University of Toronto, supported by the findings in a new report on Netsweeper technologies. These, Citizen Lab alleges, are used in states that “routinely violate human rights in areas of free expression” and “are more likely to abuse filtering technologies to restrict access to political or human rights content.”

A press release announcing the report alleges that the technology supplied by the Waterloo, Ontario, firm is being used to conduct “widespread filtering of political, religious, and LGBTQ content.”

While Internet filtering services have many legitimate uses, like blocking access to pornography in libraries or other public spaces, the problem arises when they are used by large Internet Service Providers that control national-level Internet connectivity in countries facing insecurity, conflict, human rights abuses, or corruption.

In these cases, Deibert writes, “Netsweeper’s services can easily be abused to help facilitate draconian controls on the public sphere by stifling access to information and freedom of expression.”

While consumer-facing network operators in offending countries can manually configure their systems to block specific websites or applications, “the task can be time-consuming, complicated, and ineffective,” the report reads. So Internet filtering companies like Netsweeper offer do this for them, at a potentially great profit.

The online content filtering market is tipped to hit $3.8 billion USD by 2022, according to an industry report.

“By facilitating these practices, Netsweeper is profiting from the dark curtain being drawn over the Internet for a large number of users around the world,” Deibert says.

So with tools like those provided by Netsweeper, authoritarian regimes can far more effectively than they otherwise could clamp down on legitimate expression and so stifle dissent.

Citizen Lab reached out to Netsweeper prior to publishing its report, and received this reply.

In it, Netsweeper essentially states that they are not responsible for how customers use their technology.

“Netsweeper cannot prevent an end-user from manually overriding its software,” the company said. “This a dilemma shared by every major developer of IT solutions including globally renowned corporations that make the internet work.”

The company adds that to deny dictators its technology would be even worse and result in complete Internet cut-off.

“The ultimate effect of what Mr. Diebert and his interests propose would be the full-scale shut down of the internet in multiple jurisdictions worldwide,” the company states.

Netsweeper also insists they have done nothing to break Canadian law.

But Diebert argues that the use of Canadian technology for Internet censorship in authoritarian regimes “undercuts Canada’s own foreign policy and commitment to human rights” and that Canada should change the law.

“What we recommend that [the government] could be doing is to impose some regulatory standard on the company,” Deibert said, according to Vice. “In other words, they’d have to go through an export licensing process that would tie their ability to get a license to Netsweeper undertaking certain kinds of due diligence.”