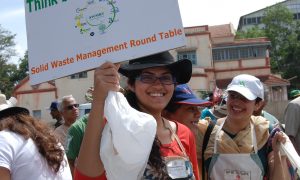 Tech City a Source of Innovation for American Multinationals

Tech City, the area around Old Street and on the fringe of the City of London borough, is the most prolific area of new business generation in the UK, according to recent research.

Yet critics of Tech City argue that it is highly unlikely that start-up businesses will ever succeed in becoming multinational companies due to American giants such as Facebook, Twitter, and Google acquiring them for their innovation and expertise. Thus, American companies become ever larger at the expense of UK innovation.

The growth is largely due to the government’s efforts to promote the area as a centre for innovation in the technology sector. Successful tech start-ups situated in Tech City include Hail-o-, the international taxi app; Mind Candy, responsible for Moshi Monsters; and Stylist Pick, the online fashion boutique.

“The government’s initiative has on the whole been a success but the job is only half complete,” wrote Tom Hopkins, director of venture capital fund MMC Ventures, in Tech City News. “Without further funding the wave of new startups will not grow into the world dominating companies the UK craves.”

William Webb, one of the founding directors of Neul, a company developing machine-to-machine technologies and networks, believes that a Tech City company is unlikely to grow big independently, and argues that it is actually a good thing that companies such as Google and Cisco have a UK presence.

“Profits go to shareholders not the nation and more jobs are created in SMEs [small and medium sized enterprises] than in larger companies. So having lots of SMEs may well be better for a country than a few large companies,” said Webb in a statement.

He said that it is commonly believed that innovation is generated from larger companies but in the recent Wall Street Journal Innovation Awards, around 85 per cent of the winners were smaller companies.

“It is almost always in the start-ups that the innovation occurs; the large companies are just the brand and the delivery vehicle for turning the ideas into products,” Webb said.

While some start-up companies such as ARM are doing well, Webb said, he sees Tech City being most successful as one of the leading sources of innovation that “power the world’s dominant companies”.