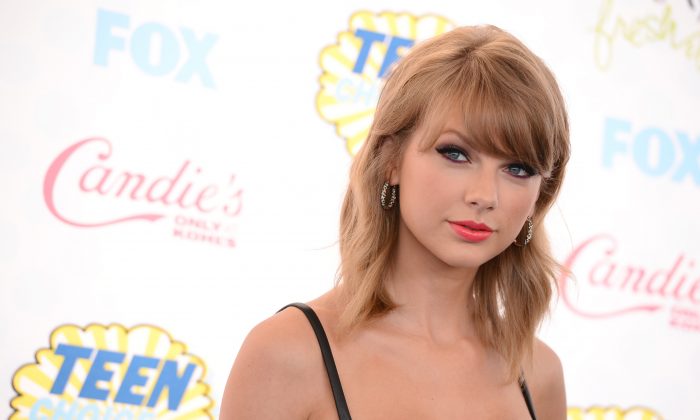 A man claims that he has unreleased nudes of a range of celebrities, including Taylor Swift, Beyonce, and Miranda Cosgrove.

The man speaks in a video released on Friday that purportedly shows how there are a number of leaked photos yet to hit the Internet.

“Who said there’s not any leaks left? There’s plenty of leaks left,” a man with a British accent says, while displaying dozens of folders with names on them on his computer.

While some of the names are celebrities that have already had photos leak, such as Avril Lavigne, others weren’t even on the original “master list” that surfaced with the original leaks and had dozens of names on it.

Courtney Cox, Oprah, and Ashley Benson are among the names displayed on the folders.

In fact, the man shows several pictures that he alleges are of Benson, the Pretty Little Liars star.

All the other folders he actually enters, and shows thumbnails or full pictures, had names on them that have already been released.

“So there’s that–unreleased, full list,” he said after showing the purported pictures of Benson, and the already-leaked photos of other women.

“I’m not going to show you everybody here of course but, so, that’s just information for you. Maybe I’ll release, maybe I won’t,” he said.

“If you feel like helping out, I put a link under the video, which is basically a survey link. I get paid like $2 every time someone fills it out. If I get to, say, $100 … I’ll release some of these.”

Sarah Chalke, Michelle Keegan, Kelly Brook, Miesha Tate, and Miranda Cosgrove are among the other names on folders.

Reddit users are divided on whether the video is legitimate, with many pointing out that Celeb Jihad–where the video appears to have originated–is a very unreliable website.

“If you read something on CelebJihad and nowhere else it is ALWAYS [expletive],” another said.

“He went through some of those folders and most were nothing,” yet another added. “For example… there was an Anna Kendrick folder, but all the pics were clothed, sexy shots already online. etc. And she’s said she’s never taken nudes. A lot of that stuff is already out too. It looks like there’s a few new things on there, but it’s not as much as it seems.”

But others had hope that some new photos are coming.

“Even though this website is [expletive], I know for a fact that there’s a lot more pictures/videos that are unleaked right now,” another said.

“An interesting weekend awaits us!” added yet another user.