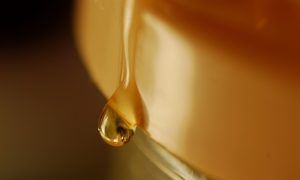 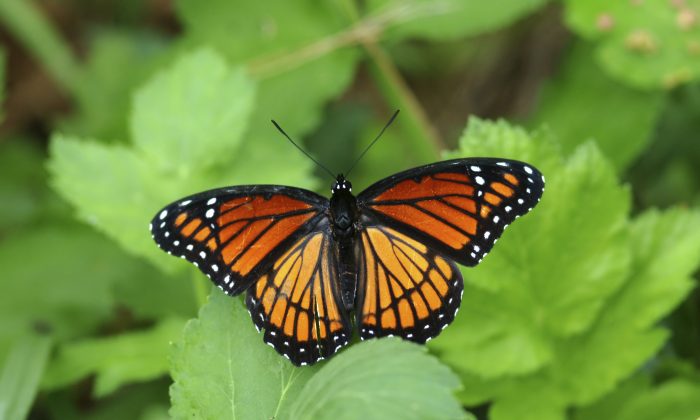 Earlier this year, the US Fish and Wildlife Service (FWS) announced a $3.2-million campaign to save “beleaguered” Monarch butterflies. As recently as 1996, there were close to 1 billion monarchs across the US. Today, their numbers have dwindled by 90 percent.

The crux of their campaign is restoring and enhancing monarch habitat, as habitat loss due to agricultural practices has played a role in their demise. More than 200,000 acres of habitat is slated to be restored for monarchs while the program is also planning over 750 schoolyard habitats and pollinator gardens.

It’s a good start, but there is something glaringly absent from the FWS announcement – Monsanto’s role in all of this.

Milkweed is an easy target for glyphosate, the chemical in the herbicide Roundup that’s used prolifically on Monsanto’s Roundup Ready™ genetically engineered crops.

This perennial plant used to be common across American prairies, and it plays an integral role in monarchs’ survival. It is the only plant on which the adult monarch will lay its eggs.

Once the larvae hatches, the caterpillar will eat the plant. In fact, it is the only food that monarch caterpillars eat. Without milkweed along its migratory path, the monarch cannot reproduce – which means it cannot, ultimately, survive.

This is reason enough to take urgent action, but the loss of monarchs isn’t only about butterflies. According to FWS:

“Spectacular as it is, protecting the monarch is not just about saving one species. The monarch serves as an indicator of the health of pollinators and the American landscape.

Monarch declines are symptomatic of environmental problems that pose risks to our food supply, the spectacular natural places that help define our national identity, and our own health. Conserving and connecting habitat for monarchs will benefit other plants, animals and important insect and avian pollinators.”

‘Farming Per Se Is Not the Problem’

FWS acknowledges that agricultural practices have played a role in devastating monarchs’ habitat. But it’s not just farming that’s the problem – it’s the planting of GM crops, particularly corn and soy, and the subsequent application of Roundup that is killing off the butterflies.

According to a report, “Monarchs in Peril,” by the Center for Food Safety (CFS), “farming per se is not the problem,” as monarchs have coexisted with agriculture since the 1800s.

We’ve all been responsible. We are the consumers of agricultural products.

Even as prairies and forests in the Midwest were converted to cropland, one particularly hardy species of milkweed, common milkweed, survived. Its deep, extensive root system allowed it to survive tillage, mowing, harsh winters, and even the application of most herbicides, which typically didn’t affect their roots. CFS noted:

“Thus, throughout the 20th century, common milkweed within and around corn and soybean fields has supported a large population of monarch butterflies.

In fact, in the late 1990s roughly half of the monarchs in Mexican winter roosts had developed on common milkweed plants in the Corn Belt, making this far and away the most important habitat for maintaining the monarch population as a whole.”

As of 2013, however, about 90 percent of soybeans and more than 80 percent of corn grown in the US are of the GM Roundup Ready variety. Between 1995, the year before the first Roundup Ready crops were introduced, and 2013, total use of glyphosate on corn and soybeans increased 20-fold, according to the CFS report.

Meanwhile, as usage of glyphosate has skyrocketed, milkweed has plummeted. In 1999, CFS noted that milkweed was found in half of corn and soybean fields, but this declined to 8 percent 10 years later. In 2013, it was estimated that just 1 percent of the common milkweed present in 1999 remained. Tragically, while milkweed is not harmed by many herbicides… it is easily killed by glyphosate. CFS reported:

“Recently… a dramatic change in farming practices — the widespread cultivation of genetically engineered, glyphosate-resistant Roundup Ready corn and soybeans—has triggered a precipitous decline of common milkweed, and thus of monarchs.

Glyphosate, sold by Monsanto under the name of Roundup, is one of the very few herbicides that is effective on milkweed. Unlike many other weedkillers, once absorbed it is translocated (moved internally) to root tissue, where it kills milkweed at the root and so prevents regeneration.

Glyphosate is particularly lethal to milkweed when used in conjunction with Roundup Ready crops. It is applied more frequently, at higher rates, and later in the season — during milkweed’s most vulnerable flowering stage of growth — than when used with traditional crops.

The increasingly common practice of growing Roundup Ready crops continuously on the same fields means that milkweed is exposed to glyphosate every year, with no opportunity to recover.”

Call for Monarchs to Be Added to the Endangered Species List

With 90 percent of monarchs vanishing since the 1990s, groups including the Center for Biological Diversity are calling for the butterfly to be placed on the endangered species list.

Meanwhile, rather than directing Monsanto to pay the costs of restoring Monarch habitat… and calling for an end to the elimination of milkweed from cropland, Dan Ashe, director of Fish and Wildlife Service, said that everyone is responsible for killing off monarchs:

“We’ve all been responsible. We are the consumers of agricultural products. I eat corn. American farmers are not the enemy. Can they be part of the solution? Yes.”

Monsanto surely breathed a sigh of relief upon finding no mention of their herbicide in the FWS report and, not surprisingly, applauded it by saying “farming and habitat for Monarchs can co-exist.” Critics, however, believe the FWS is not going far enough to protect this valuable species.

For instance, CFS advocates restricting the spraying of glyphosate late in the growing season, when milkweed is flowering and more likely to be killed. According to Larissa Walker, pollinator campaign director at CFS:

“While funding for efforts to restore milkweed habitat are essential to the monarch butterfly’s survival, without addressing the eradication of milkweed within agricultural fields, monarch populations will not rebound to resilient, healthy levels.

Research has shown that monarch butterflies lay up to four times more eggs on milkweed within agricultural fields, and unfortunately, this vital breeding habitat has been destroyed by herbicides used in conjunction with genetically engineered crops.”