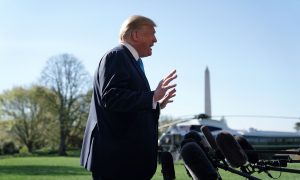 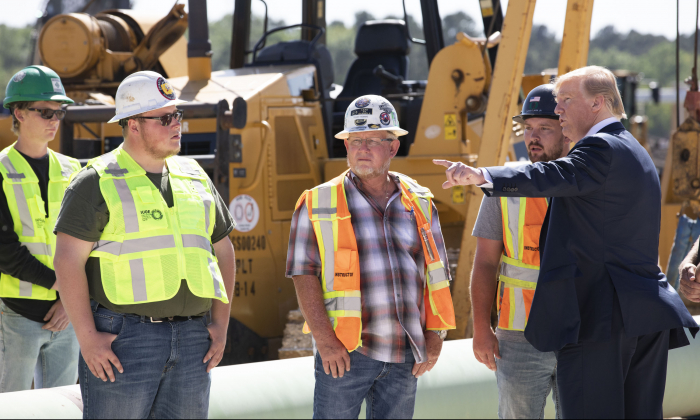 Taxes Down 25 Percent Nationwide Due to Trump’s Cuts

Americans paid 25 percent less in taxes on average in 2018, even though the impact isn’t reflected in the refund totals, according to data from tax preparation firm H&R Block.

According to H&R Block, Americans on average saw their tax refunds go up by just 1.4 percent, causing confusion among many who viewed the refund total as their bottom line and expected to see a major boost following the passage of the Tax Cuts and Jobs Act.

The tax cuts indeed resulted in a 25 percent tax decrease, but average Americans saw the benefit in form of larger paychecks every month as a result of new tax withholding tables from the Internal Revenue Service (IRS), which were also introduced as a result of the tax cuts.

“Tax reform represented the largest change to the tax code in 30 years, and on top of that, the IRS changed withholding tables in February 2018, automatically adjusting take-home pay,” said Kathy Pickering, vice president of regulatory affairs at H&R Block.

The tax liability for an average American went down $1,200 in 2018 while average refunds went up just $43, meaning that an average of about $1,157 went to paychecks during the course of a year. Since the tax cuts kicked in March 2018, Americans on average received $50 more in a biweekly check.

“It’s reasonable to assume that a tax cut would mean your refund will increase, but that’s not necessarily the case,” Pickering said. “The IRS updated how employers calculate how much tax to withhold from paychecks, which means you could have been getting all your tax cut—and then some—in your paychecks.”

On April 15, the tax filing deadline for most Americans, Treasury Secretary Steven Mnuchin penned an editorial praising the impact of the Tax Cuts and Jobs Act. President Donald Trump promised to cut taxes while on the campaign trail and spearheaded the passage of the tax bill in 2017.

The Treasury secretary pointed to data from the nonpartisan Tax Policy Center, which found that 80 percent of all Americans saw their taxes decline in 2018, meaning that 140 million Americans saved money on federal taxes due to Trump’s tax cuts.

The tax cuts affected individuals and businesses alike. As a result, in addition to paying less in taxes, average Americans saw their wages go up as a result of the economic stimulus from the lower taxes. Nominal wages went up 3.3 percent, or 1.3 percent when adjusted for inflation.

“Depending upon the state they live in, that means this typical American family could be earning as much as $4,000 more in after-tax income at the end of 2018 than they had in 2017,” Mnuchin said.

While Republicans want to further reduce taxes, Democrats are keen on rolling back Trump’s reforms. The leading Democratic candidates for president in 2020 have all embraced the socialist Medicare for All and Green New Deal policies. The combined cost of the two policies is estimated to be as much as $93 trillion over 10 years, which would more than double the total projected government spending in the next 10 years.

“It is the biggest tax cut and reform in American history. And at the heart of our plan is a tremendous relief for working families and for small businesses,” said Trump.

The Tax Cuts and Jobs Act doubled the standard deduction and eliminated the Obamacare individual mandate. According to the White House, a single parent making $41,000 a year would see a tax cut of more than $1,300, a 70 percent reduction on his or her tax burden.

Trump traveled to Minnesota on April 15 to discuss tax reforms and the economy at a roundtable with supporters.