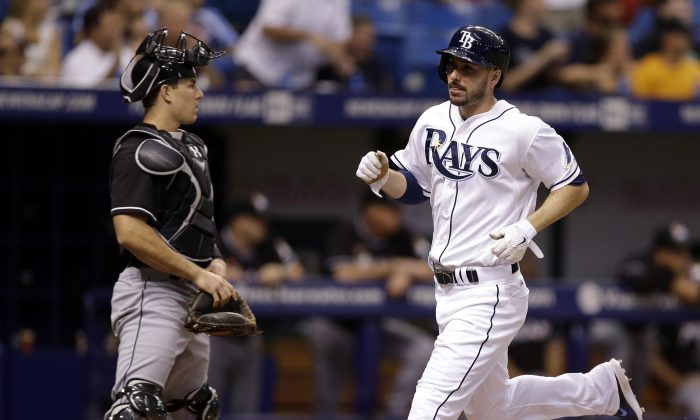 Jean Ramirez, bullpen catcher for the Tampa Bay Rays, died on Monday at the age of 28, his team confirmed.

“The Rays baseball family mourns the loss of bullpen catcher Jean Ramirez,” the Tampa Bay Rays said in a tribute to the sportsman on social media.

Baseball operations president Erik Neander said in a statement posted on the team’s Twitter account on Tuesday afternoon that Ramirez’s death was an “unexpected and difficult loss.”

No further details were released by the Tampa Bay Rays on the circumstances of his death.

“He brought so much passion and energy each day to our clubhouse and bullpen, and his love for the Rays and baseball was evident to all who interacted with him,” said Cash. “He had the biggest  heart and most infectious smile. We extend our deepest condolences to his family and friends. Jean will be deeply missed.”

Ramirez was “a caring teammate and friend,” said Neander. “He exuded so much joy in all he did, and his kind heart was truly a gift to all.”

He added, “As we process this unexpected and difficult loss, we are grateful for the times we shared with Jean.”

Ramirez spent three seasons in Tampa Bay’s Minor League system after he was selected by the team in the 28th round of the 2016 Draft. He was later released as a player, before quickly returning to the club in 2019 to play on the Ray’s Major League staff.

Ramirez went to high school and lived in the Fort Worth, Texas, area—where he died on Monday. He went to college in Arkansas before transferring to Illinois State.

In an interview with The Athletic in 2019, Ramirez said he dreamed of one day becoming a manager, bench coach, or coordinator with a Major League team.

“RIP to Jean and prayers with his family,” Poche wrote on Twitter. “From being teammates at Arkansas and again with the Rays, I can’t say enough good words about Jean and the kindness he showed to other people. He was such a great friend and his presence will truly be missed #RIP.”

The Epoch Times has reached out to the Tampa Bay Rays for additional comment.